Contest Alert:1 day left to win Amazon vouchers worth Rs 5000. Take the MCPRO Quiz today to grab yours!
you are here: HomeNewsTrendsFeatures

With ‘Not Just A Cadbury Ad 2.0’ featuring Shah Rukh Khan, the snacking major breaks through the festive ad clutter. Storyboard goes behind the scenes.

In 2020, Mondelez International announced its global marketing approach called ‘Humaning’. While Humaning got mixed reactions from some quarters of the industry and was mocked, the company persisted, and since then, Mondelez has been constantly attempting to create “human connections with purpose” through its advertising campaigns around the world.

In India, Anil Viswanathan, senior director – marketing, Mondelez India, his team, and agency partners are moving the needle from ‘storytelling’ to ‘storydoing’ through brand initiatives that go beyond ads. Its latest ‘Not Just A Cadbury Ad’ is an example of the Humaning philosophy in action.

More than an ad

Last year, as a part of the brand’s ‘Iss Diwali Aap #KiseKhushKarenge?’ campaign, ‘Not Just A Cadbury Ad’ leveraged artificial intelligence to create hyper-personalised spots for local businesses in around 260 pin codes. It married creativity and tech with a purpose: to promote local businesses at a time when they were worst hit by the pandemic and lockdowns. The campaign ties in with Cadbury's fairly new global brand positioning centred on genuine, low-key acts of kindness and generosity.

In the 2021 edition, in addition to the hyper-personalised brand films that will reach the end consumers, local retailers will get to make a version of these ads for their stores, using the AI-powered technology developed by Rephrase.ai.

Small businesses that are pinned on Google maps can then share their custom-made ad featuring Bollywood superstar Shah Rukh Khan through WhatsApp. In these ads, Khan will be seen nudging consumers to shop from various local stores.

The campaign will feature over 2,000 grocery, retail, consumer electronics, home décor, clothing, furniture, and jewellery stores across the country, highlighted by pin codes across the north, east, and west zones.

Through this campaign, Mondelez India’s agency partners - Ogilvy India and Wavemaker, wanted to create scalable avenues of engagement for small businesses with their consumers.

Viswanathan tells Storyboard, “Big brands have the media budgets that they can spend on communication strategies and solve their business problems. That’s not the case with small businesses. That was basically the germ of the idea.”

He adds that last year, with the initiative, the company’s Diwali sales were 25% more than they anticipated. “In order to sustain the idea, purpose, and business, it was important to continue the campaign with new layers of engagements,” says Viswanathan.

People who worked on the campaign tell us that technology when used for the right cause and in the right way can help brands to stretch ideas in ways and directions previously unimaginable. The purpose of the campaign is what makes the technology meaningful and useful. Using Rephrase.ai’s facial re-enactment tool, the brand plans to amplify the message and work. 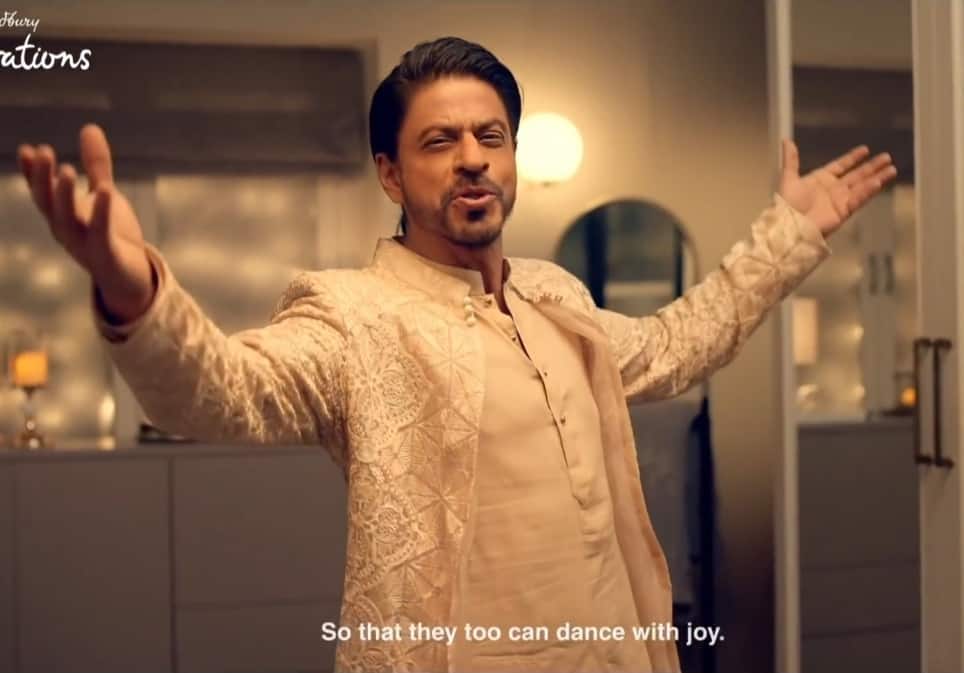 But the campaign is not just AI-powered, it’s also Brand SRK powered. What is making ‘Not Just A Cadbury Ad 2.0’ the talk of the town is the combined power of the idea of generosity and helping people and the brand’s choice of celebrity to deliver that message.

The campaign comes at a time when Khan’s found himself in the thick of a controversy that’s captured national attention. Following Khan's son's alleged involvement in a drug-related case and arrest earlier this month (on October 3), a few brands paused and delayed ads featuring the Bollywood star, after facing some backlash online. But they quickly resumed advertising. Brand experts Storyboard spoke to during our coverage of these events said that these breaks are temporary and the power of brand Khan will not be affected. In fact, it seems that his popularity has been supercharged in recent days.

Viswanathan admits there was a “slight risk” involved in the timing of the campaign. But he says that after much discussion, the teams realised that Khan only adds value to an initiative like this one.

On the nature of the campaign itself, Prathish Nair, co-founder and chief brand architect, Transcend Brand Consulting, says the campaign hits the right mark as sentiments are still low among local retailers and so, creating product-based communication wouldn’t have worked as well. The inclusive, “we care about you” creative route is “the need of the hour and is far more effective,” he adds.

Going forward, the possible challenge for the campaign and idea could be a misuse of the technology and keeping it novel and unique even after thousands of local retailers make their ads. But these doubts are, at the moment, overshadowed by the campaign’s smart marriage of creativity, technology, purpose and SRK star power. Cadbury has hit it out of the park.
Priyanka Nair is Assistant Editor of Storyboard. Storyboard is Network18's flagship platform focussed on the advertising & marketing community and a leading source of news and analyses on the business of brands
Tags: #Advertising #Cadbury #Celebrity Endorsement #Diwali ad #Mondelez India #Mondelez International #Ogilvy India #Rephrase.ai #Shah Rukh Khan ad #Storyboard #Wavemaker
first published: Oct 26, 2021 11:57 am