Shabbir Kayyumi of Narnolia Financial Advisors said as long as higher high and higher low formation in the index is intact, he suggests trading with buy on dip strategy.

The market closed March 15 session as well as the week on a strong note, with the BSE Sensex rising 269 points for the day and 1,353 points for the week to top the psychological 38,000 level.

Positive global cues on renewed optimism over a US-China trade deal and a buying interest in banking and financials lifted market sentiment.

The Nifty rallied 0.74 percent on March 15, and 3.5 percent for the week to form a bullish candle that resembles a spinning top formation on the daily charts and a robust bull candle on the weekly charts.

The broader markets turned mixed with Nifty Midcap index gaining 0.65 percent and the Smallcap index falling half a percent. Among sectors, the Nifty Bank was up 1.58 percent and IT index was up 1.88 percent.

As the benchmark indices climbed higher for the fourth consecutive week, there could be a bit of correction or consolidation in the coming sessions, which was already indicated by Friday's off day's high closing, experts said.

"The near term uptrend of the Nifty is intact. Having moved up sharply recently, there is a possibility of a minor downward correction in the next week, but the expected weakness is unlikely to damage the uptrend status of the market," Nagaraj Shetti - Technical Research Analyst, HDFC Securities told Moneycontrol.

He said immediate resistance for the Nifty that should be watched during the next week is at 11,520.

"As long as the higher-high and the higher-low formation in the index is intact, we suggest trading with a buy-on-dip strategy. The immediate support for Nifty is at 11,270," Shabbir Kayyumi, Head of Technical Research at Narnolia Financial Advisors said.

Maximum Call open interest (OI) of 23.46 lakh contracts was seen at the 11,500 strike price. This will act as a crucial resistance level for the March series.

Maximum Put open interest of 39.11 lakh contracts was seen at the 11,000 strike price. This will act as a crucial support level for the March series. 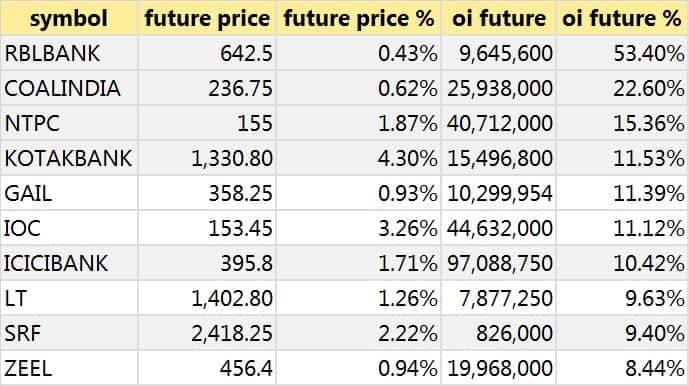 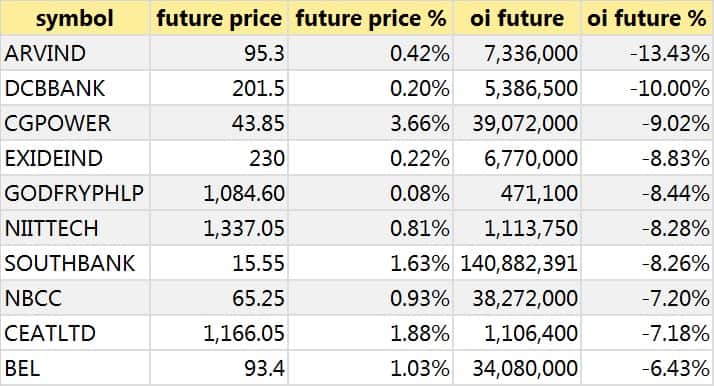 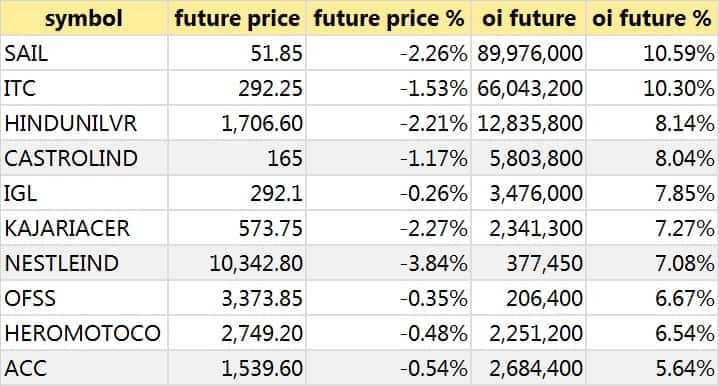 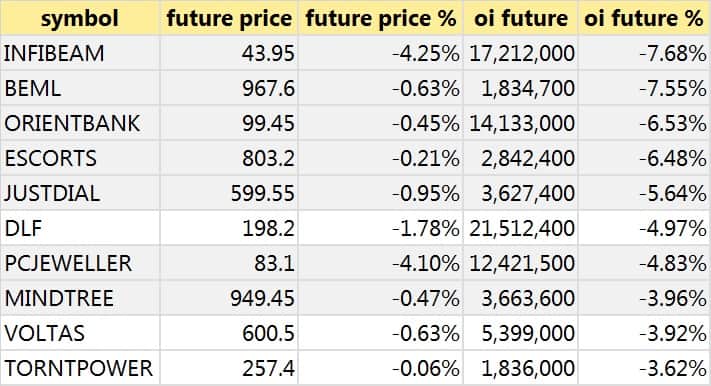 EID Parry India: Board meeting will be held on March 22 to consider the second interim dividend on equity shares, if any, for the financial year 2018-19.

Deep Industries: Officials of the company will be meeting investors and analysts on March 19.

South Indian Bank: Officials of the bank will be meeting a group of institutional investors organised by SBI Caps Securities on March 19.

Lumax Auto Technologies: Company decided for discontinuation of the PCB manufacturing w.e.f. April 1, 2019. In addition, the board has also approved the disposal of plant and machinery to Lumax Industries relating to PCB Business on arm’s length basis and not below its book value.

Kesoram Industries: The company's rating pertaining to that portion of its long term/short term banking facilities as been assigned to CARE Ratings Limited for rating has been revised to BB+/ A4+ (under credit watch with developing implications).

Majesco: Board approved to sell, transfer and dispose of, as a going concern and on a slump sale basis, the company's India Insurance Products & Services Business to Majesco Software and Solutions India Private Limited, a step-down subsidiary of the company, for a lump sum consideration of Rs 24.4 crore.

Mishra Dhatu Nigam: Board declared payment of Rs 1.68 per share as the first interim dividend on equity shares for the financial year 2018-19 and fixed March 26 as the record date for dividend payment.

Indo Amines: 'No observation' letter has been received from BSE for proposed amalgamation amongst Core Chemical (Mumbai) Private Limited and Key Organics Private Limited with Indo Amines Limited, so as to enable the company to file the scheme with NCLT.

DHFL: Special Committee of the board of directors accorded approval to disinvest to Olive Vine Investment Limited an affiliate of the Warburg Pincus Group.

Santosh Sharma (currently the CFO) will assume a new role as the Head - Corporate Strategy.

Lupin: Subsidiary Novel Laboratories Inc. has received a letter from the USFDA classifying the inspection conducted at its Somerset (New Jersey) facility in December 2018 as Official Action Indicated (OAI). The US FDA has stated that this facility may be subject to regulatory or administrative action and that it may withhold approval of any pending applications or supplements in which this facility is listed.

Mirc Electronics: Vishal Barot has resigned as Chief Financial Officer (CFO) of the company due to personal reasons.