UPCOMING EVENT:Watch leaders discuss the biggest issue of our times at the Sustainability 100+ Summit. Register now!
you are here: HomeNewsTrendsEntertainment

The production house made a strategic decision to create web series as well as films. The result: series like 'The Empire' hit screens in the same year as films like 'BellBottom'.

Back in 2011, Nikkhil Advani, Monisha Advani and Madhu Bhojwani dreamt of creating content that was different from the regular stuff and yet quite commercial; varied and yet relatable to a large segment of audiences. So at a time when global corporate houses were making inroads into Bollywood, they formed an indigenous production house that would work like a corporate. The name they gave to their venture was Emmay Entertainment.

Ten years, and several feature films, web series, short films and television serials later, Emmay Entertainment has made a name for itself. Already in 2021, it has released two feature films - Sardar Ka Grandson on Netflix and BellBottom in theatres; and two web series - The Empire on Disney + Hotstar and Mumbai Diaries 26/11 on Amazon Prime Video. Another web series - Rocket Boys - is coming up soon on Sony LIV. 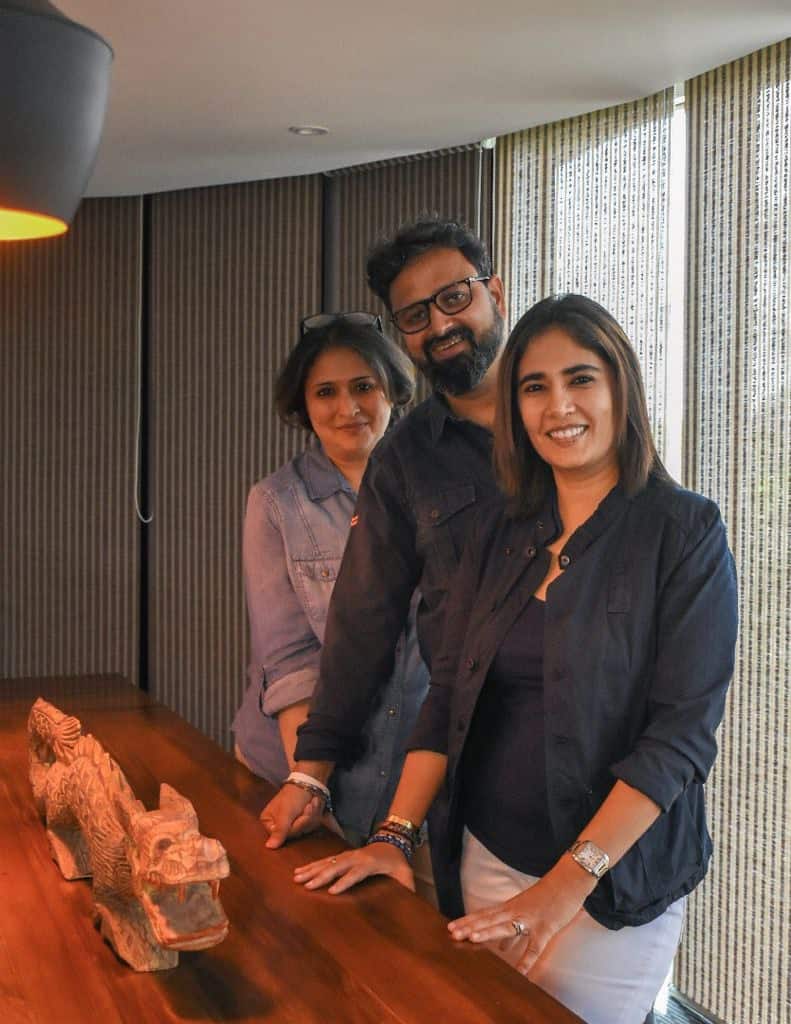 How does the trio, who were family and friends before joining hands professionally, look back at the journey so far?

"We are thankful for where we started 10 years back and where we find ourselves today," says Nikkhil Advani, whose directorial debut Kal Ho Naa Ho (2003) was a superhit. "There was a promise that we had made to the three of us that we will always be in sync with whatever we are putting out. We should never be embarrassed about what we have done. These are tenets that we started with."

The fact that both Monisha and Madhu had worked in the corporate world before helped in the genesis of Emmay Entertainment.

"They were quite successful in what they were doing, and for me to pull them into running this production company was a big step for everyone," Nikkhil says. "We never looked at this to be a comfortable thing to do. We never compromised on our ambition either. We have worked in such a way that when we put extra hours to make things happen, our team works even harder," he adds.

It shows in how prolific the team are: Apart from Rocket Boys which comes out soon (the teaser for which has already been unveiled), there is also another big series in the works with Naseeruddin Shah, Lara Dutta, Soha Ali Khan and Kritika Kamra, and directed by Gaurav K. Chawla who had made Saif Ali Khan-starrer Baazaar for Emmay Entertainment.

Monisha Advani says, "Let me confess that it feels like the first day when we started our business. The stakes are only getting bigger, and the struggle is real. As we pause to look over our shoulder (on our 10th anniversary), what is gratifying is the wonderful infrastructure of talent we have built that enables us to tell stories for all formats, and to put a great team of people to work every day."

The team is definitely not taking a break. "We have never been one to rest on our laurels, nor do we shy away from embracing feedback. It all comes together to cement the fact that we love coming to work every day, and will keep doing this, growing this enterprise. For that, we are grateful to our stakeholders - our audiences, our studio partners, our talent and our teams," Monisha adds.

With stakeholders willing to back them for films as diverse as action 'masala' entertainer Satyameva Jayate 2 with John Abraham and the classy dramatic affair Mrs Chatterjee vs Norway with Rani Mukherji, Emmay have every reason to go steam ahead.

"After P.O.W. - Bandi Yuddh Ke in 2017, we made a strategic decision to divide our output capacity between films and shows. This foresight has proved beneficial, and as we move forward, Emmay is breaking the mould and unveiling a top-notch and uncompromising collection of OTT shows such as Mumbai Diaries 26/11, Rocket Boys and the one with Naseer-Lara," says Madhu Bhojwani. "In addition, we have a slate of films including Satyamev Jayate 2 and Mrs Chatterjee vs Norway which is making us one of the fastest growing companies in the past 10 years," Madhu adds.

Word in town is that there are more exciting feature films and web series coming up soon, and more announcements are on the way.

Says Madhu, "We remain grateful for the strong partnerships with our studios, cast, crew and vendors that has helped build a loyal following with the audiences. Today in the quest for increasingly stringent standards, and after spending a decade in the film production business, Emmay Entertainment is setting a fast pace as it is reinventing itself into making culturally progressive and robust shows."