Review | 'The Empire' has scale on its side, but suffers from too much histrionics

The web series based on Alex Rutherford’s Mughal history trilogy is streaming on Disney+Hotstar.

Actor Shabana Azmi has some powerful moments in 'The Empire' - an eight-episode web series in which she plays the role of Babur's grandmother, Aisan Daulat Begum.

For a country steeped in and shaped by diverse histories of religion, ethnicity and power, historical fiction is scarce in our country—in literature as well as movies or television. The Mughal empire trilogy by British author Alex Rutherford is one of those rare historical fiction bestsellers. The Empire, a series of eight episodes, which dropped on Disney+Hotstar on Friday, is based on Rutherford’s first book, Empire of the Moghuls: Raiders of the North, which traces the life of Babur, the father of the Mughal empire in India, from his childhood in Ferghana and Samarkand in Uzbekistan to Hindustan, which he conquered after defeating the Lodi dynasty in 1526.

When Umar Shaikh, the king of Ferghana dies in an accident, the young prince Babur takes over the throne at a time when a particularly brutal warlord Shaibani Khan (Dino Morea) is posing imminent danger. At 14, Babur is thrust into the intrigue, power dynamic and vulnerability inherent in a sought-after kingdom. Babur turns out to be not only astute militarily, but because of his early exposure to the dangers of occupying a throne and negotiating the tides of power and violence from his teenage years, he is also a man in whom disillusionment and a dour sense of lost innocence constantly shadow his ambition as a conqueror and vindicator. This dichotomy is dream material for a character study, but Empire isn’t compelling character study—its scale, special effects and ensemble cast make its mass-appeal signature. The series isn’t a technical or visual daring either. 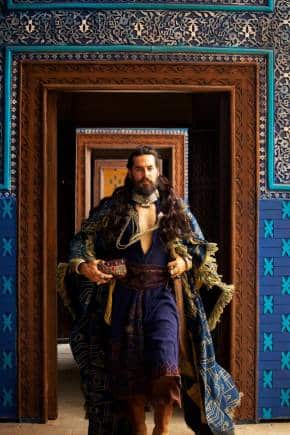 What really stands out is Rutherford’s point of view on Babur. This is a portrait very different from the popular perception of Babur in a majority of Indian history texts as merely a Muslim barbarian or a plunderer—and not a convenient, majoritarian portrait.

Read more: Kunal Kapoor: "The scale of 'The Empire' is bigger than any movie I have been part of"

Created by producer-director Nikkhil Advani and directed by Mitakshara Kumar, writer Bhavani Iyer follows a linear structure, and suffuses the screenplay with a sense of impending doom.

Early on, we see Babur as a brave-heart, but he is in constant torment about decisions to acquire kingdoms or give them up, to forgive or not to forgive, to rise above his ambition and face his humanity or not—scheming generals, his kingdom’s faithfuls like Wazir Khan (Rahul Dev) as well as his sister Khanzada Begum (Drashti Dhami) and grandmother Aisan Daulat Begum (Shabana Azmi) constantly spur Babur on to military thinking. He is referred to as having a kamzor dil, as someone who only ever wanted a home from his khaandaan. When he is not at war, Babur is a philosopher who writes the Baburnama—his views on the nature of power, poetry, love and human struggle.

After he takes over the reins of Ferghana, he wins back Samarkand, then loses it. He wins, loses and consolidates three kingdoms and finally, with his first son Humayun (Aditya Seal) conquers Hindustan and dies unexpectedly at 46—with rarely a quiet day in this short life. In the lead role, Kunal Kapoor is the vehicle to translate the tensions and resistances inherent in Babur’s being, and his struggle is obvious. Most actors, including Kapoor, Dhami and Morea are too much in the mould of TV soap opera style acting to channel any gravitas, ambiguity or viscerality. The show suffers from too much of histrionics and way too many antiquated, melodramatic style dialogue-deliveries, and the no actor except Shabana Azmi can transcend this monotone template of dialogues and performance. As the paranoid matriarch, Azmi has some powerful moments.

Without the populist trappings, and with more agency and heft to the characters, The Empire could’ve been the historical drama that antidotes the exclusionary and bigoted worldview that imbues most of Mughal history today. Instead, it stays safely ensconced in the annals of Doordarshan oldies like Tipu Sultan and Chandrakanta with some upgrade in technical wizardry. 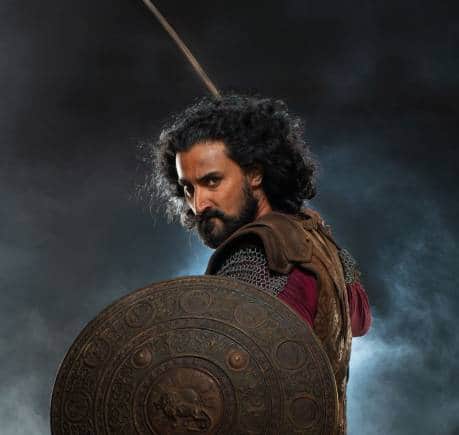