HDFC Bank saw the most action on April 4 and was the biggest Nifty50 gainer, rising 10 percent to Rs 1,656.80 on the announcement of HDFC merger

The rally on April 4 helped the market rise to a two-and-half-month high backed by broad-based uptrend, positive global cues and the HDFC-HDFC Bank merger announcement. The Sensex reclaimed the 60,000-mark, rising more than 1,300 points to close at 60,612, of which more than 900 points gains were driven by HDFC and HDFC Bank.

The Nifty also surpassed the crucial 18,000 level, climbing more than 380 points to 18,053, forming a bullish candle on the daily chart, while the broader markets Nifty midcap and smallcap gained 1.6 percent each.

The country's largest private sector lender HDFC Bank witnessed the maximum action and was the biggest Nifty50 gainer, rising 10 percent to Rs 1,656.80 after the board members decided to merge HDFC with HDFC Bank.

HDFC Bank has broken out of a Cup & Handle pattern with a breakaway gap indicating the start of a new bullish trend. The stock formed a bullish candle with open-low formation with an increase in volumes. It also managed to break above the 200-day SMA (Rs 1,517).

The relative strength index (RSI) also confirmed the breakout and has moved above the 70-mark. 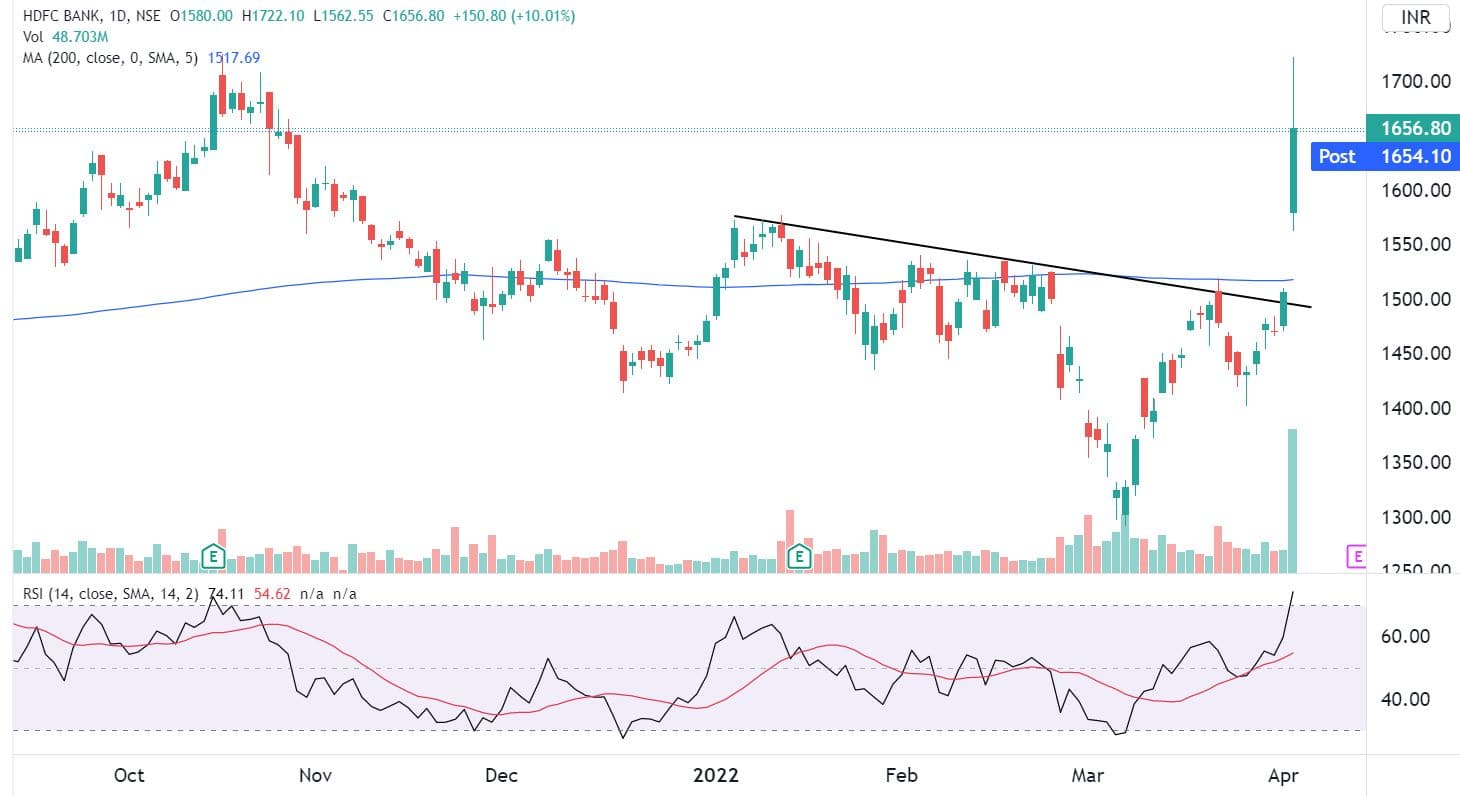 The stock is also giving a falling trendline breakout and the RSI is signalling a positive divergence.

Traders and investors can continue holding the stock and can expect an immediate upside towards Rs 5,240 followed by Rs 5,550, while Rs 4,350-Rs 4,440 will act as a support zone on the downside. 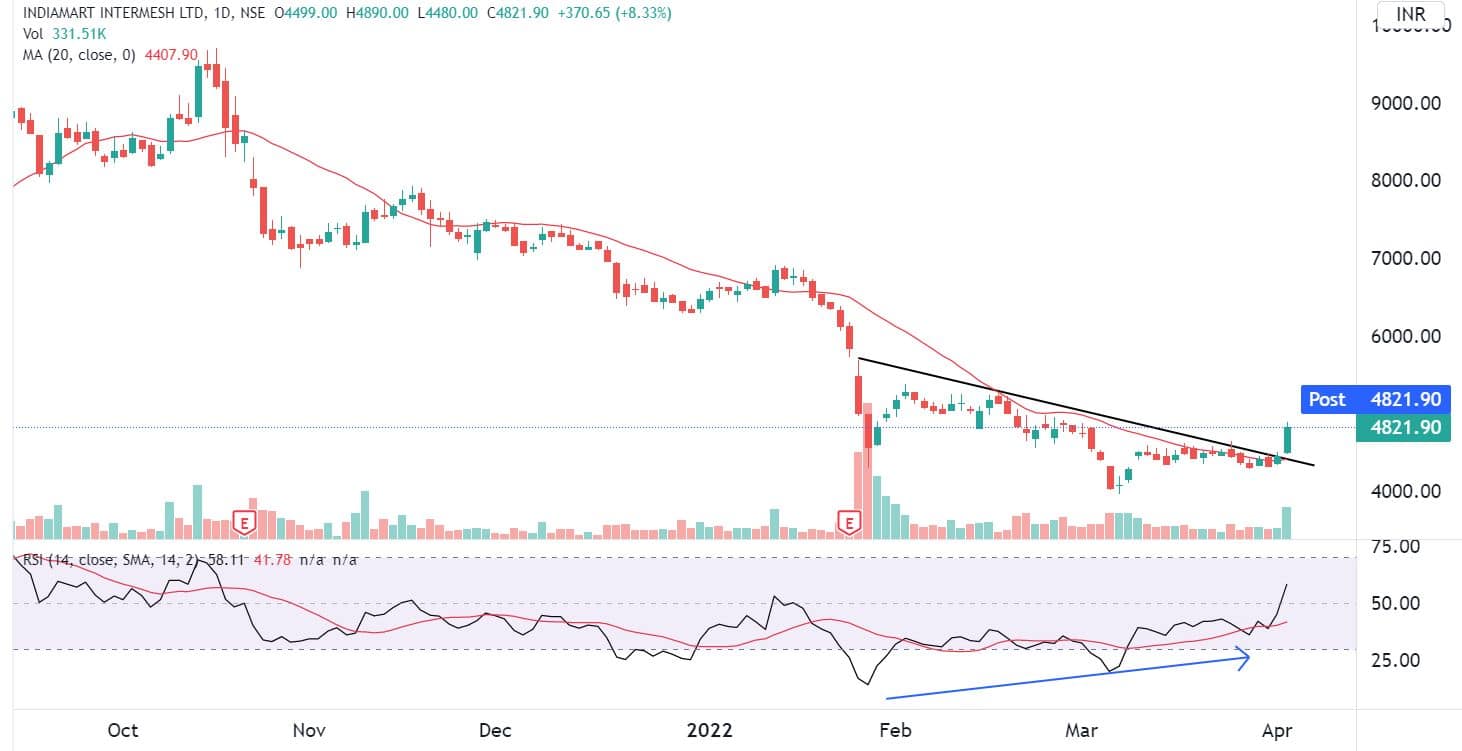 On long-term charts, Edelweiss is moving in a downtrend with lower highs and lows formation. In the past three trading sessions, the stock has seen good price volume action and moved higher by about 25 percent.

Price action and technical parameters are indicating a possibility of a short-term up move towards Rs 68 followed by Rs 74.

We advise traders and investors to use the short-term up move to exit the stock. Downside support for the stock is placed at Rs 59.

Zuari Agro Chemicals has given a multi-year breakout and is trading at the highest level since June 2019. In the current week, the stock has broken out after taking support from the 200-week SMA (Rs 140) and formed a bullish Marubozu candle on the weekly charts.

The RSI indicator across all timeframes—daily, weekly and monthly—is sustaining above the 60-mark, indicating strong momentum in the counter.

Investors can buy, hold and accumulate the stock and expect upside towards Rs 180 followed by Rs 215. Downside support is placed in the Rs 145-150 zone.

On long-term charts, Ujjivan Financial services is moving with lower highs and lows. Recently, it formed a double bottom near the Rs 100-mark and moved higher with rise in volumes.

As the stock has given a double bottom breakout on short-term charts, a pullback towards Rs 135 followed by Rs 142 looks possible.

Traders and investors should maintain a strict stop-loss of Rs 115 and use the up move towards Rs 135 followed by Rs 142 to exit the stock.