The Indian equity market continued its upward march in the month of November with benchmark indices forming new all-time highs.

The Nifty50 scaled new peaks near the end of the month touching a record high on November 28 on both intraday and closing basis. The rally has now spread to the broader markets as Nifty Midcap 100 and Nifty500 rose 2.4 percent and 1.28 percent, respectively, during November.

Foreign portfolio investors remained net buyers for the third straight month, pumping in Rs 25,231 crore in the Indian equity market as positive sentiment, on the back of several measures taken by the government to revive the economy, dictated the overall mood of the D-Street.

Not only did the fund beat the Nifty50, but it also managed to outperform its strategy benchmark Nifty500 by nearly 3.5 times.

The fund, managed by Arun Malhotra, focuses heavily on the financial space as it has a 35 percent weightage in its 33-stock portfolio. Some of the largecap banking majors in the portfolio include HDFC Bank (7.74 percent), ICICI Bank (5.76 percent), State Bank of India (4.16 pecent) and Axis Bank (3.69 percent). 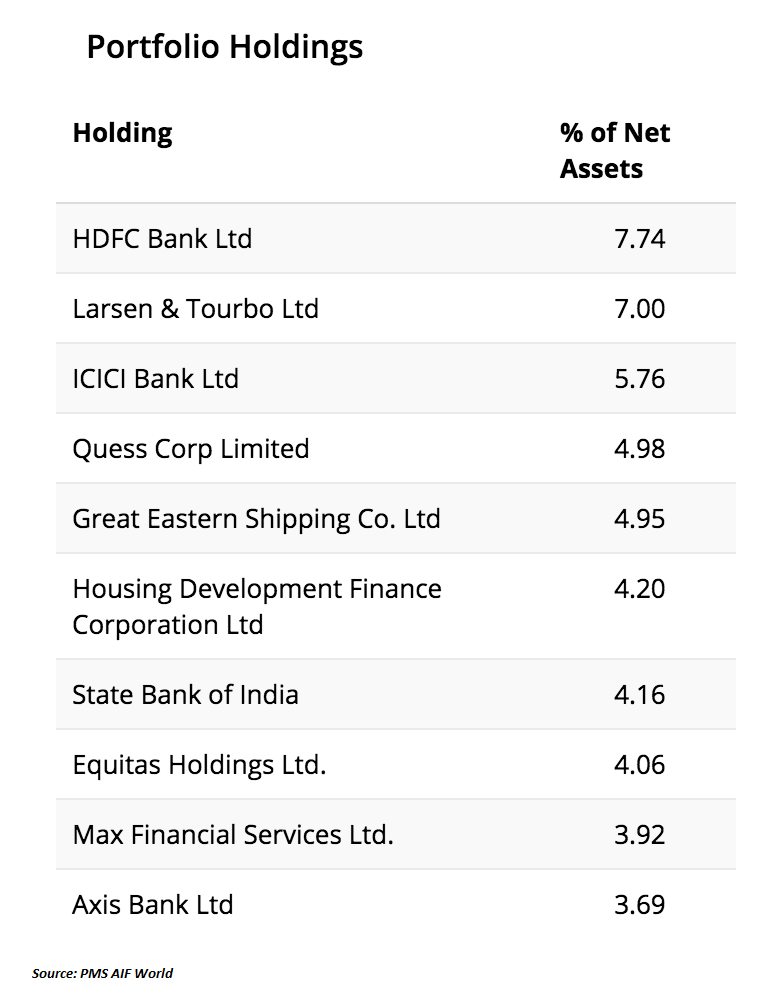 Infrastructure (11 percent), Auto (7 percent) and FMCG and Capital Goods, both at 6 percent, were the other sectors that contributed to the Rs 48.36 crore corpus of the fund.

While a large-cap oriented fund generated the most return, it was the multi-cap oriented sectoral funds that dominated the list of top 10 best performing PMSes for the month of November. 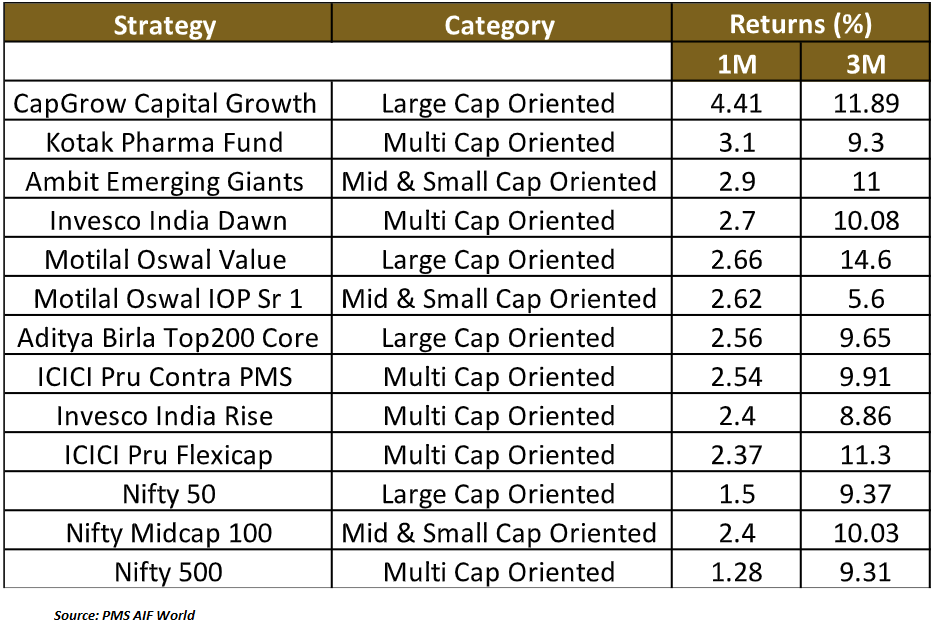 As many as 11 funds from the multicap space outperformed benchmark in November. Among them, Kotak PHARMA Fund, with a 3.1 percent rise, was the top performer.

The fund, which invests mainly in pharma and healthcare-related companies, topped the list of best performing PMSes in October, with a massive 6.8 percent return.

Some of the heavyweights in their 17-stock portfolio include Sun Pharmaceuticals (16.6 percent), Dr Reddy's Lab (9 percent), Aurobindo Pharma (8.1 percent) among others. 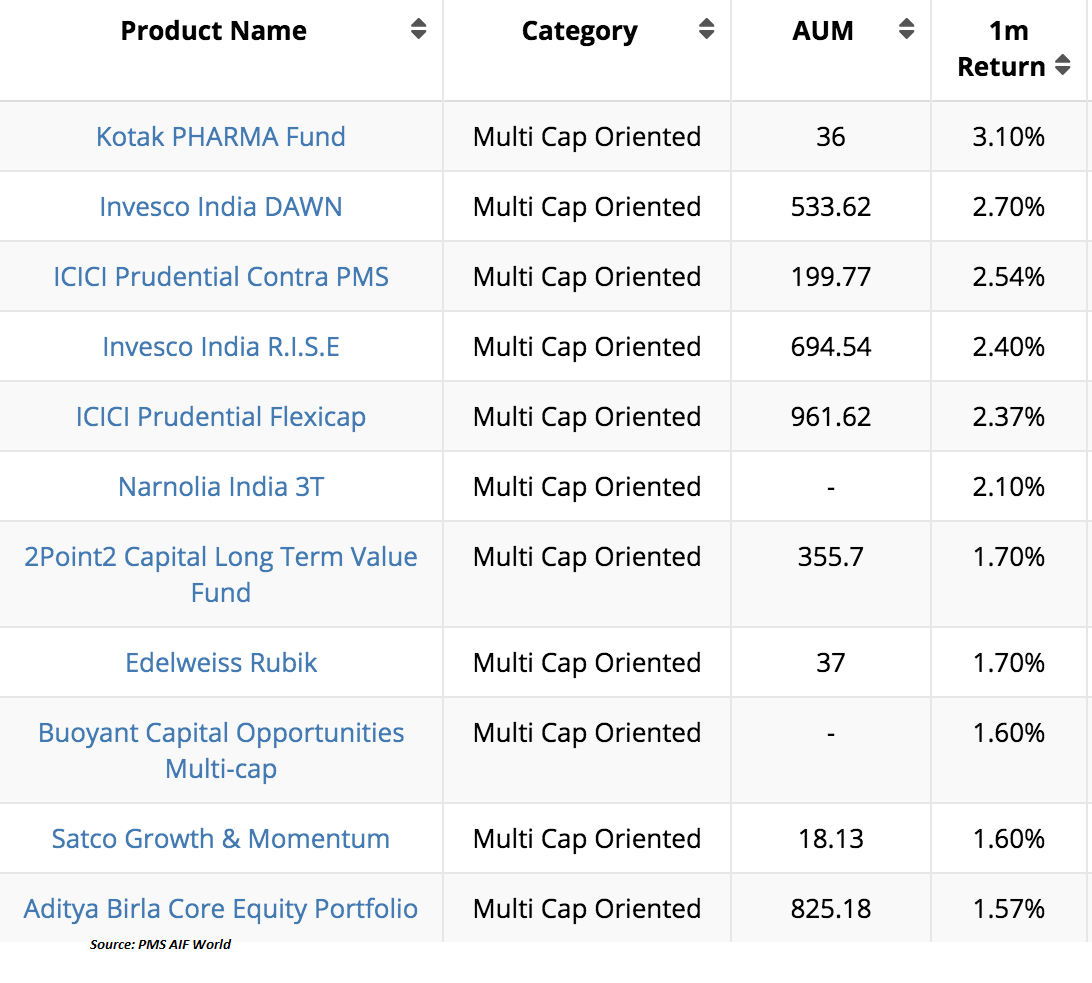 Meanwhile, five PMSes each from the large-cap and mid- and small-cap category managed to beat the benchmark in November. 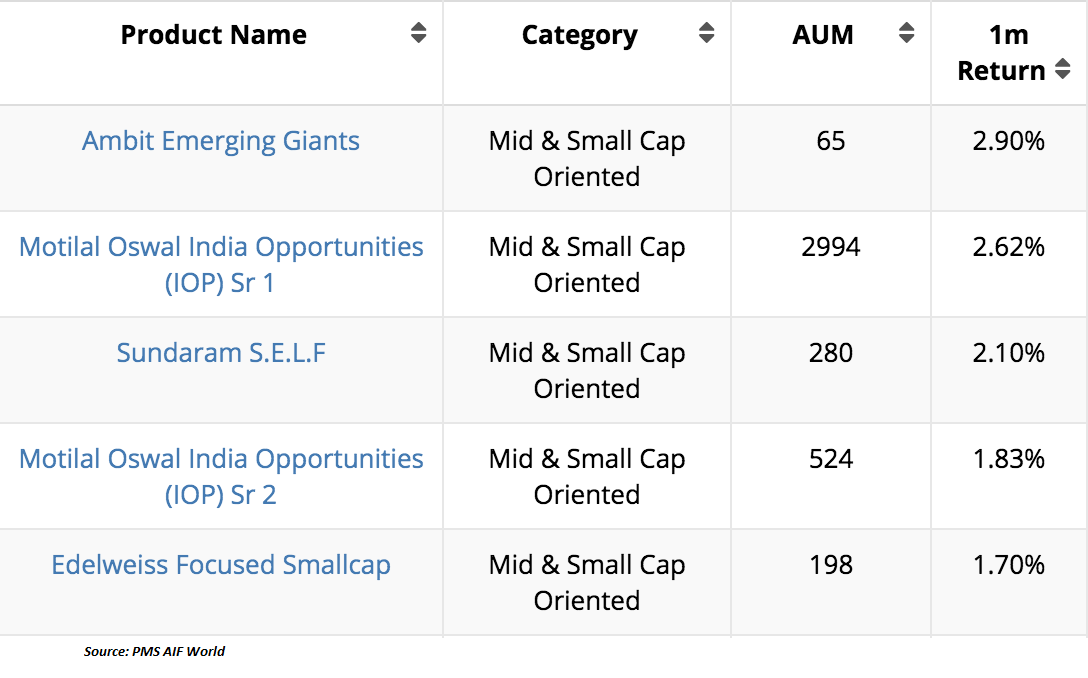