Meesho's 11 days' break announcement has professionals divided on whether mental health leaves are a good solution to work burn-outs: machines need breaks too but will leaves help if the office culture is adversarial?

With the festive season upon us, employees across industries, especially e-commerce, are pitching in extra hours at work. Flipkart and Amazon, for example, have drawn up special war rooms where employees work round-the-clock to track real-time insights on the festive sales.

Meesho last month announced an 11-day companywide holiday, from October 22 to November 1, for a post-festive-sale mental health break. Called “Rest and Recharge”, the initiative will purportedly help employees disconnect from work and prioritise their mental health after one of the busiest times of year for them.

So, are these dedicated leaves a panacea, and will other e-commerce companies extend the same benefits to their employees — irrespective of the festive-season sale? We spoke to human resource (HR) managers and start-up founders to take their thoughts:

Nupur Nagpal, CHRO, Myntra, says, “Well-being has to be approached as an ongoing conversation during various parts of employees’ life cycle, and not as a one-off benefit.”

Nagpal adds, during the festive-season sale at Myntra, their office hosts “guided meditation sessions”, which help employees keep stress at bay. “We also urge employees to take regular short breaks and go for small effective exercises, such as stretching and staying hydrated.”

“Offering a few days’ leave and overlooking deeper work-culture issues would only mean ticking the boxes. The issue calls for a holistic view,” Nair says. “Seven days of ‘unplugging’ cannot compensate for the adversarial work culture an employee might be a part of throughout the year,” he says. 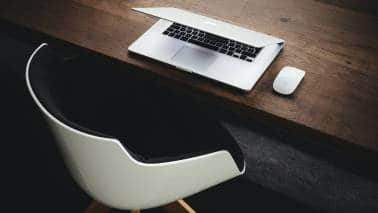 After Meesho’s announcement, a few employers took to LinkedIn to share their concerns around the mental health leave. Some argued that not all employers have the bandwidth to give long mental health breaks.

Anuradha Bharat, vice-president, people operations, Razorpay, says, “A lot of organisations will try and find shelter under the fact that they don’t have the bandwidth and that they are startups, but we need to realise we are working with humans. There is a limit to which the human brain can function.”

Bharat continues, “Restrictions in terms of bandwidth are always there. We have to find out ways to fix this. If a person has the intention to give leaves, they would.”

Upasana Taku, chairperson and executive director, MobiKwik, says it is better to avoid burn-out and keep stress levels of employees in check rather than looking for fixes for it. “As an organisation, we allow our people to take leaves as per need, which includes time-out when experiencing mental issues,” she adds. “A special policy will not even be required if people have the confidence that the organisation understands them and will support them in difficult times. Organisations just need to be kind.”

To reduce stigma around mental health, Bharat recommends giving an entire bucket of wellness leaves and not restricting it to physical illness. “One shouldn’t have to be physically sick to avail an off. We need to be mentally and emotionally healthy at our workplace. We need wellness leaves in general and should do away with the term ‘sick leaves’ because the term ‘sick’ has a negative connotation”.

Bharat says any person who requires an off on grounds of mental health from their quota should be allowed “without being asked for justifications”.

Nair says that mental health leave might have the same fate as period leave for women. “Doubts being raised on an employee’s competence if they avail these benefits discourage organisations from introducing them,” he said. Nair also says that a “one size fits all” approach might not be ideal in case of mental health leave. “A sales executive might have a different work pressure than one working in an IT firm. We need to consider inter-departmental ramifications of these offs,” he opines.

There are, of course, better ways of managing mental health at the workplace so one doesn’t require special leave in the first place. Nair says, “Having a strict policy of no work-calls after working hours unless in an emergency and a sound feedback mechanism can certainly go a long way.” Nair adds that bringing mental health experts on board might help, too. “Oftentimes, the employees may not be cognizant of their mental state and it is incumbent upon their seniors to understand the cues and bring it to the HR’s notice,” he adds.

Taku says the conversation around mental health leave shouldn’t be limited to the festive season. “Festivals, month end, quarter end, there’s always pressure in one form or the other. Letting yourself not run into a negative spiral is also a mental game, and that’s precisely why we are stressing on prevention, all throughout,” she says.
Deepansh Duggal is a freelance writer. Views expressed are personal.
Tags: #Health #Lifestyle #mental health #Mental-Health Leaves #Office Break #well-being #workplace
first published: Oct 2, 2022 11:16 am