Week Ahead: GDP, auto sales & rupee, among 10 things to keep D-Street on its feet

For the week ahead, traders are likely to react to macro data such as gross domestic product (GDP), GST collections as well as movement on the rupee.

Equities did not have the best of their starts to a new series, with the Nifty ending the first day of September series below 11,700-mark. However, bulls did manage to battle it out well with the bears as the market was off its low points.

A weak rupee, higher crude oil prices along with selloff in midcaps were one of the major reasons behind the downtrend on the market. The Indian currency fell to an all-time, historic low of 71 to the US dollar, before settling around 70.88 to the dollar at the time of equity markets coming to a close on Friday.

Foreign portfolio investors (FPIs) and foreign institutional investors (FIIs) sold shares worth Rs 430.43 crore during the week, as per Sebi's record including the provisional figure of August 31.

For the week ahead, traders are likely to react to macro data such as gross domestic product (GDP), GST collections as well as movement on the rupee. Sales figures by automobile companies are also likely to be in focus too. 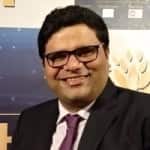 In what could be a big boost for D-Street on Monday, the strong data for gross domestic product (GDP) for the first quarter of FY19 may be one of the big movers. It is a multi-year high growth that the country posted and traders could positively react to it.

The Indian economy grew 8.2 percent in April-June this year, the highest in two years, amid signs that households are buying more and companies are adding capacities, shrugging off the disorderly effects of the twin shocks of demonetisation and the goods and services tax (GST).

For the week ahead, investors could also react to monthly sales figures of auto companies. This month’s figures may be in limelight owing to the pressure on big names such as Maruti Suzuki and Eicher Motors on the back of floods in Kerala.

Maruti Suzuki reported a decline in sales for the second consecutive month last month, as floods in Kerala adversely affected demand. Ashok Leyland on the other hand posted a growth of 27 percent (year-on-year) in its total sales for August, according to its filing to the exchanges. The company sold 17,386 units for the month against 13,637 units during the same month of last year.

Mahindra & Mahindra reported 14 percent rise (year-on-year) in its auto sales for August at 48,324 units against 42,207 during the same month of last year.

All eyes will be on the Indian currency, which has been plummeting to record lows. It touched to record low level of 71 on Friday, falling more than 11 percent year-to-date. It was trading at around 64 to the dollar on same day last year.

Consistent demand for the US currency from oil importers, fall in EM currencies and rising crude oil prices which raising inflationary pressures are major reasons for rupee depreciation.

Will weakness in emerging market currencies along with trade war concerns continue to weigh on the currency or will strong macro data (GDP) help it stage a pullback is something that the market will keep an eye on.

D-Street will also eye any negative moves on the oil front. A rise in oil prices last week had also weighed on Indian currency as well. The Brent has been hovering around USD 78 per barrel mark and hovered around these levels. But analysts have told Reuters that supply shortage from Venezuela as well as Iran (on the back of looming sanctions which come into effect in November), there could be a case for higher prices.

Oil prices slipped on Friday but remained near $70 a barrel as impending U.S. sanctions on Iran and falling Venezuelan output offset concerns over the impact of a global trade war. Despite Friday's losses, both Brent and U.S. light crude jumped about 2 percent this week after strong gains in the last two sessions. U.S. light crude gained 1.5 percent in August, while Brent was on track for a rise of 4.3 percent.

If the trade war issues between US and China, US and Europe weren’t enough to rattle the markets, comments from President Donald Trump last week to go ahead with the latest tariffs on USD 200 billion worth of Chinese goods were not taken well.

Additionally, he also issued a threat to the World Trade Organisation (WTO) to either shape up or be ensured of an exit by the United States could be seen as an eyesore moment for the markets too. Analysts have also told Moneycontrol earlier that this trade rhetoric by President Trump could be detrimental for the market ahead.

Investors will watch out for cues corporate action on several stocks in the upcoming week. For instance, companies such as Shemaroo, Whirlpool, Petronet LNG, Pokarna, NBCC, NTPC, Sintex Industries, Advance Enzymes, Century Ply and Deepak Fertilisers among others will be having their annual general meetings (AGMs) or go ex-dividend as well.

Stocks such as Muthoot Finance, Srei Infra, Kotak Mahindra Bank, Religare, and HUDCO, among others, could be in focus for either fundraising plans or declaring their financial results.

Shares of Infosys are likely to be in focus after it goes ex-bonus on September 4, 2018. The company had announced 1:1 bonus share during its financial results.

Zensar Technologies will be in focus as it undergoes a stock split on September 7, 2018.

The consolidation for last three consecutive sessions indicated that traders turned cautious after sharp run and ahead of Q1 GDP data. On the weekly charts, it formed 'Shooting Star' kind of pattern.

According to HDFC Securities, there is a possibility of some more upmove, but sustaining the highs is going to be a tough task ahead. The overall chart pattern from daily to monthly timeframe is indicating a presence of key overhead resistance and is signaling an instability of upside momentum at the new highs.

Important resistance zone for the month of September is at 11,800-12,000 levels, which is unlikely to be broken easily for near term, analysts at the firm wrote in the report.

“Better strategy would be continuing long trading positions with strict stop-loss or appropriate hedging. Significant reversal pattern from the highs is expected to give us shorting opportunity in the market,” the report further stated.

Larsen & Toubro Infotech: L&T to sell 59 lakh shares (representing 3.41 percent of total paid up equity) of the company through offer for sale on September 3 and 4, with an option to additionally sell 46,27,288 equity shares representing 2.67 percent of paid up equity. Floor price of the offer will be Rs 1,700 per share.

Vedanta: KK Kaura has resigned from the post of Interim Chief Executive Officer of company.

Britannia Industries: LIC increased its stake in the company by 0.014 percent to 5.009 percent.

BHEL: CRISIL has revised company's outlook to Stable from Negative while affirmed the rating for bank facilities at AA+.

Ramky Infrastructure: Company sold shareholding in NAM Expressway to Cube Highways Pte.Ltd., Singapore for Rs 140 crore. The sale proceeds will be used to reduce the debt of the company. Consequent to the sale, consolidated debt of the company will be reduced by about Rs 1,389 crore.

Graphite India: Company's wholly owned subsidiary in Netherlands has signed an investment agreement for acquisition of upto 46 percent stake in General Graphene Corporation, an unlisted US company involved in development of Graphene for commercial applications, for $18.595 million.

MOIL: Company increased prices of ferro grade ore by about 5 percent, retained prices of SMGR, Chemical Grade and Fines; cut prices by 10 percent of specific grade of material i.e. BGL523, DBL456 & DBL457. On sales of BGF534, existing discount of 5 percent during August, 2018 is increased to 10 percent for dispatches during September'2018.

LT Foods: Company approved the proposed investment of up to Rs 140 crore by India Agri Business Fund II Limited in Nature Bio Foods Limited, a wholly owned subsidiary of the company, in one or more tranches.

Khadim India: Company has issued the Commercial Paper for an aggregate amount of Rs 30 crore.

Trident Texofab: Company has commenced commercial operation of embroidery and stitching unit at Surat from September 1.

Man Infraconstruction: Board has declared interim dividend of Rs 1.26 per share; record date fixed as September 14.

Dharani Sugars: The company has submitted Resolution Plan to the Lenders on its proposal for restructuring its debts to match with the projected cash flows and the same is under discussion with the banks and institutions.

Orient Abrasives: After persistent efforts of the management, the issue with the workers/labourer have been settled and resolved amicably and that the operations of the company have resumed from August 31.

of the company for interim period.

Advance Syntex: Board approves migration of the company from SME Platform to Main Board of BSE Limited.

Pioneer Embroideries: Nawal Sharma resigned from the post of Chief Financial Officer and Key Managerial Personnel of the company.

Investors are likely to react to possible dip in collections of goods and services tax (GST). It dropped to Rs 93,960 crore in August from Rs 96,483 crore in the previous month, the Finance Ministry said. The total number of GSTR (goods and services tax returns) 3B filed for the month of July up to August 31, 2018, is 67 lakh. This is slightly higher than 66 lakh returns of the month of June filed up to July 31, 2018, the ministry said in a statement. The revenues collected in August are slightly lower than July collection of Rs 96,483 crore, and June collection of Rs 95,610 crore.

Post the GDP data, the market will watch out for cues from macro data such as purchasing managers’ index. The manufacturing and services PMI data will be out for the month of August. So, cues on will be eyed by the market.

(With inputs from agencies)