There’s a beer storm brewing in India, and International Beer Day is the perfect time to fill your glasses with these homegrown brews.

Safe to say that India's now in the golden age of beer, with a variety of beers and a dedication to craft brewing that rivals Europe’s enthusiasm for wine.

India is no lightweight when it comes to drinking beer. We have a beer history that goes back to 1830, when Edward Abraham Dyer set up the country’s first brewery in Kasauli, Himachal Pradesh. The brewery produced the beer brand Lion. It also led to the creation of a new style of beer that was higher in alcohol and hop profile – India Pale Ale.

The craft beer movement added impetus to a beer storm that was already brewing in India. Now it’s safe to say that we are in the golden age of beer, with a variety of beers and a dedication to craft brewing that rivals Europe’s enthusiasm for wine.

From mainstream lagers to cult-status IPAs and innovative craft stouts… these are some refreshing options for easy drinking. Beer freak or not, these need to be on your bucket or pint list:

If you want to start exploring craft beer but aren't sure where to start, Kati Patang Zesty Amber Ale is a good bet. This amber-coloured beer with its balance of complex flavours and smooth caramel finish is insanely delicious. We also like the name which is an ode to the uninhibited, free spirit that lies within us all. Kati Patang is brewed and bottled in Bhutan, at the Serbhum brewery but is owned by Indian couple Shantanu and Lata. Their other variant – Snappy Wheat is a perfect summery brew with a peppery finish. Great if you like a spicy kick to your brew.

This, right here, is the good stuff. Crisp with a citrusy essence that lingers. This Belgian ale tastes lighter than its ABV and won't leave you with a wooly head the next morning. Available in 500 ml crowlers (can versions of growlers). This non-conformist brew named after Yertward Mazamanian, an American who came to Anjuna Beach and put Goa on the hippie trail, dances between tropical fruits, bitter pine and smoky sweetness. It pours on the frothy side, with smooth bubbles. A creamy finish with a hint of the hop bitterness makes this brew absolutely delicious.

The brewery, based out of a 250-year-old heritage home in Porvorim, Goa, makes for a delightful visit for hop heads. And their bottle art is interestingly odd and eclectic. 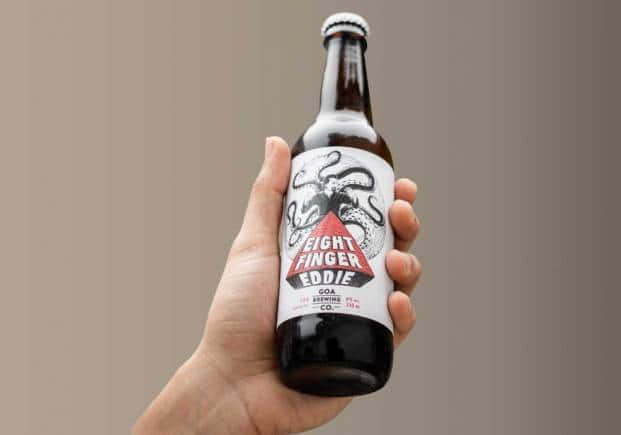 This Pune-based brewery is known for its experimental brews. The use of indigenous ingredients (think kokum, coffee, Gondhoraj lime, mangoes, rhubarb, ginger) is at the heart of Great State’s philosophy.

Off Duty Pale Ale is a particularly interesting beer with its complex and mild bitterness that’s perfect for easy drinking. The brewery also hosts pop-ups and tours of the brewery at least once a month – which they announce beforehand on their Facebook and Instagram. From the Chambal region where bandits once held sway, comes this Belgian-style wheat beer made with rolled wheat (as opposed to raw wheat) and fresh coriander seeds from the Himalayas. The result is a highly complex beer that is both aromatic and refreshing. Drink it as is or with a gigantic burger. 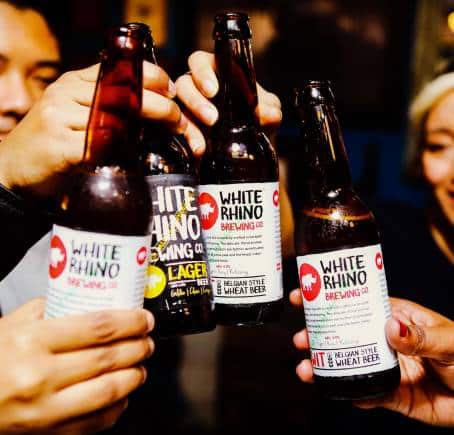 This barley-based homegrown brew delivers a clean yet punchy sip. The two-row barley from Argentina lends it the perfect maltiness. The flavour is further enhanced by a dynamic combination of rice, yeast and spring water from Bhakra Dam to create a complex ale. The aftertaste is gently bitter. Savour this one on a sultry day. It comes with an ABV of 7.2 percent – ideal for those looking for a buzz along with refreshment. This zesty IPA has become a home bar staple, and for good reason. It ticks all the boxes for a classic Hazy IPA: soft mouthfeel, overripe citrus and tropical aromatics. It's a great choice for relaxing with friends. Hoppy Feet is not as overpowering in the hops department as some IPAs, and it's on the lighter side. But it’s fantastically balanced - sharp and bitter but not cloyingly so. The hop taste is evened out by fruity, floral note that is easy to pair with all kinds of dishes. 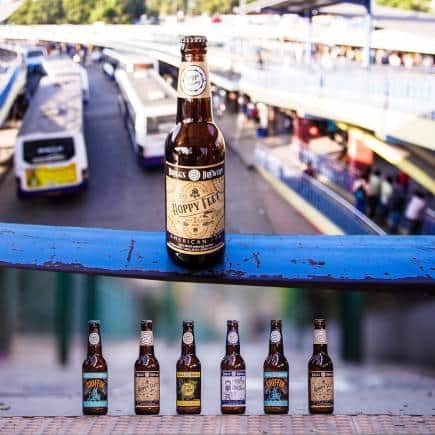 If you are looking for a good lager – this is it! Maka Di is ultra-smooth, super clean and well-carbonated. The slightest hints of citrus on the palate keeps things refreshing. By the way ‘maka di’ in Konkani means means “give me”. And that’s exactly what you will be saying after the first sip! The other variant Honey Ale is also worth a try. This imperial stout is for the hardcore beer enthusiast looking for grace in a glass. It’s deep and dark with rich hints of espresso and cacao. And it’s creamy too. When it comes to the best beers in the India, consider this breakfast in a bottle. Maybe not quite so literally, but it packs more than enough flavour to tickle the imagination.