Hindi Poetry: Out of paperback and into melodious audio CDs

Shankar Kumar Jha worked 33 years in ONGC but oil exploration is not what he will be remembered for. He has pulled Hindi poetry out of paperbacks and set them in melodious tunes. Sung by renowned singers, Jha’s audio CDs have become a singular bridge between classical music and Hindi poetry.

Time, they say, is memory’s thief; it steals the past that lives inside us. But Shankar Kumar Jha disobeys this Time-theory in his dulcet tone. Decades have walked by but he has not forgotten a voice from his childhood courtyard. The gravelly voice of an orphan that Jha’s benevolent father had sheltered in his home in Madhepur (Bihar). That man always clad in dhoti and half kurta, his complexion that of freshly harvested wheat, his mien hushed. When that man named Ram Jeevan Thakur sang the Bhairav at dawn and his Darbari broke the ennui of an ink-black night, the nightingales did not sit jealous. Thakur’s voice was husky, he was not a proficient khayal singer but the then very young Jha listened intently to Thakur’s unsteady musical notes.

Those first musical notes never left Jha’s marrow. He carried them along while studying physics in college and his stint in Oil & Natural Gas Corporation (ONGC). At home, he spoke Maithili but his educationist father often strayed into Sanskrit to discuss the poetry of Kalidas and Banbhatta. Music inhabited his Being but Jha never formally trained as a singer. He can sing, though. Hindi was not the primary spoken language at home, Hindi poetry never found a place on his study desk. But then one day, the inexplicable happened. Not consciously choosing to but many decades later Jha would become a singular bridge between classical music and Hindi poetry.

The first CD with the cover of a woman wearing pink lotus in her black wavy tresses was the beginning of Jha’s unending endeavour to meld poetry and music.

“Hindi was an addendum of Sanskrit, I did not delve into it but it was a natural progression. Music, of course, was always there. But how they came together I do not know. Truly speaking, I did not do it. An invisible hand got the audio CDs done,” Jha confessed over a phone call from Vadodara where he now lives.

In 1987, Jha’s love for music acquired a name and an entity - Komal Nishad, an organisation founded to promote Indian classical music. Many summers hurried by and one day that ‘invisible hand’ walked in off-stage during a musical event in Dehradun that Jha had organised. A well-wisher coaxed Jha to pull Hindi poetry out of paperbacks and lend them a mellifluous tune.

Jha was dumbstruck. He had never delved into Hindi poetry. All he remembered was a few stanzas of Suryakant Tripathi ‘Nirala’ and Jai Shankar Prasad that he had learnt by rote in school. Call it coincidence or the mechanisms of that ‘invisible hand’ but the allure of Hindi poetry had Jha riveted. He read. Read more. When he had read enough, he handpicked a few stanzas of Mahadevi Verma’s poetry and Mani Trihima sang her written words. That is how Komal Nishad’s first audio CD was created. Title: Madhur Madhur Mere Deepak Jal Words: Mahadevi Verma. Music Composition & Singer: Mani Trihima. Research & Narration: Shankar Kumar Jha. 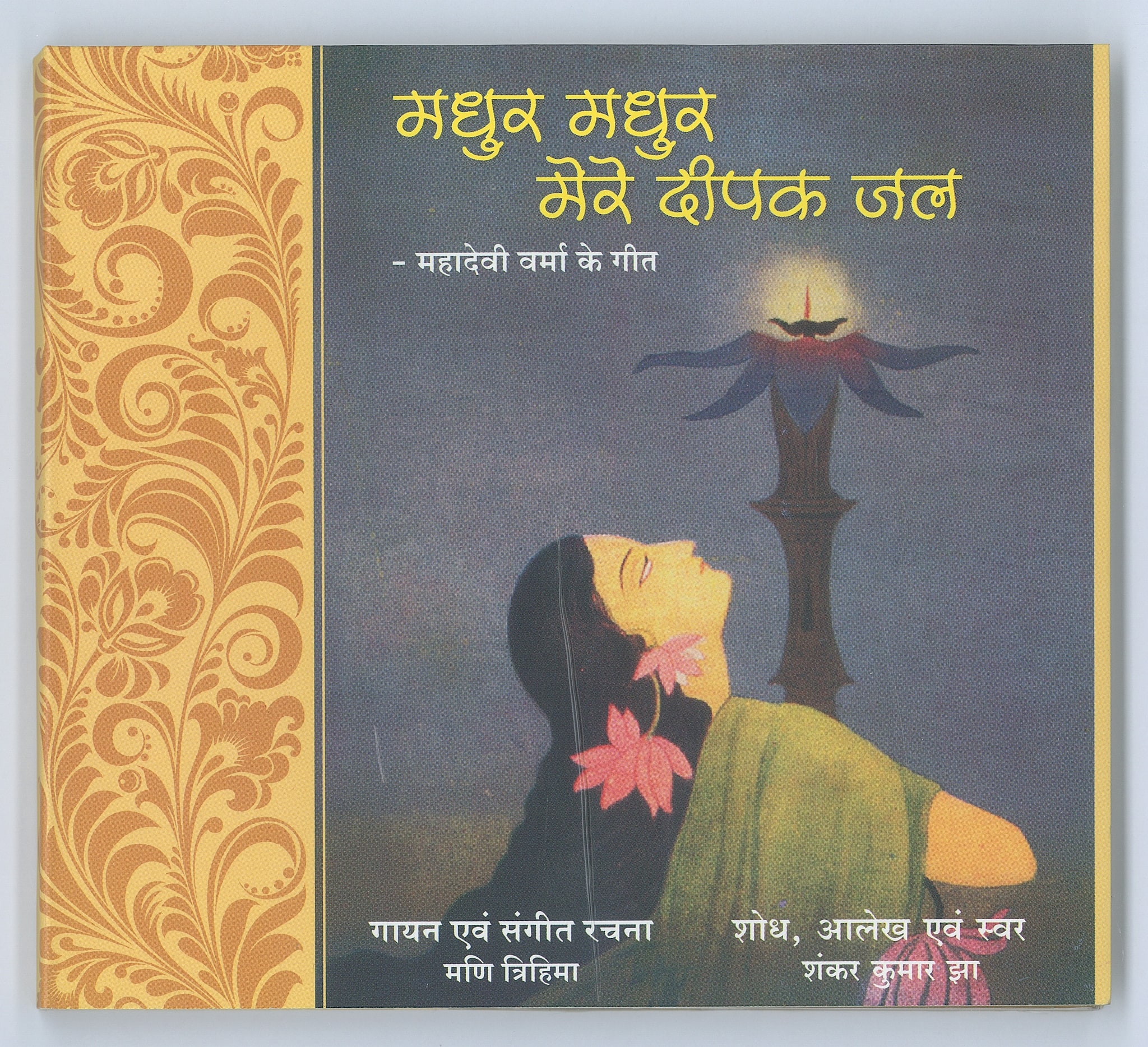 The first CD with the cover of a woman wearing pink lotus in her black wavy tresses was the beginning of Jha’s unending endeavour to meld poetry and music. He collaborated with singer Radhika Chopra and Sudhir Narain for audio CD on Suryakant Tripathi ‘Nirala’; Suresh Wadkar & Sadhna Sargam sang poems of Jai Shankar Prasad; for Ramdhari Singh Dinkar's selected verses, Suresh Wadkar, Ravindra Sathe and Sadhna Sargam lent their voice while Roshan Bharti was handpicked to sing poet Gopal Singh Nepali’s selected stanzas. The CD on Urdu poets Mirza Ghalib and Mir Taqi Mir has been rendered by Sakhawat Hussain Khan. All CDs begin with Jha’s two-minute narration about the poet’s life and work. 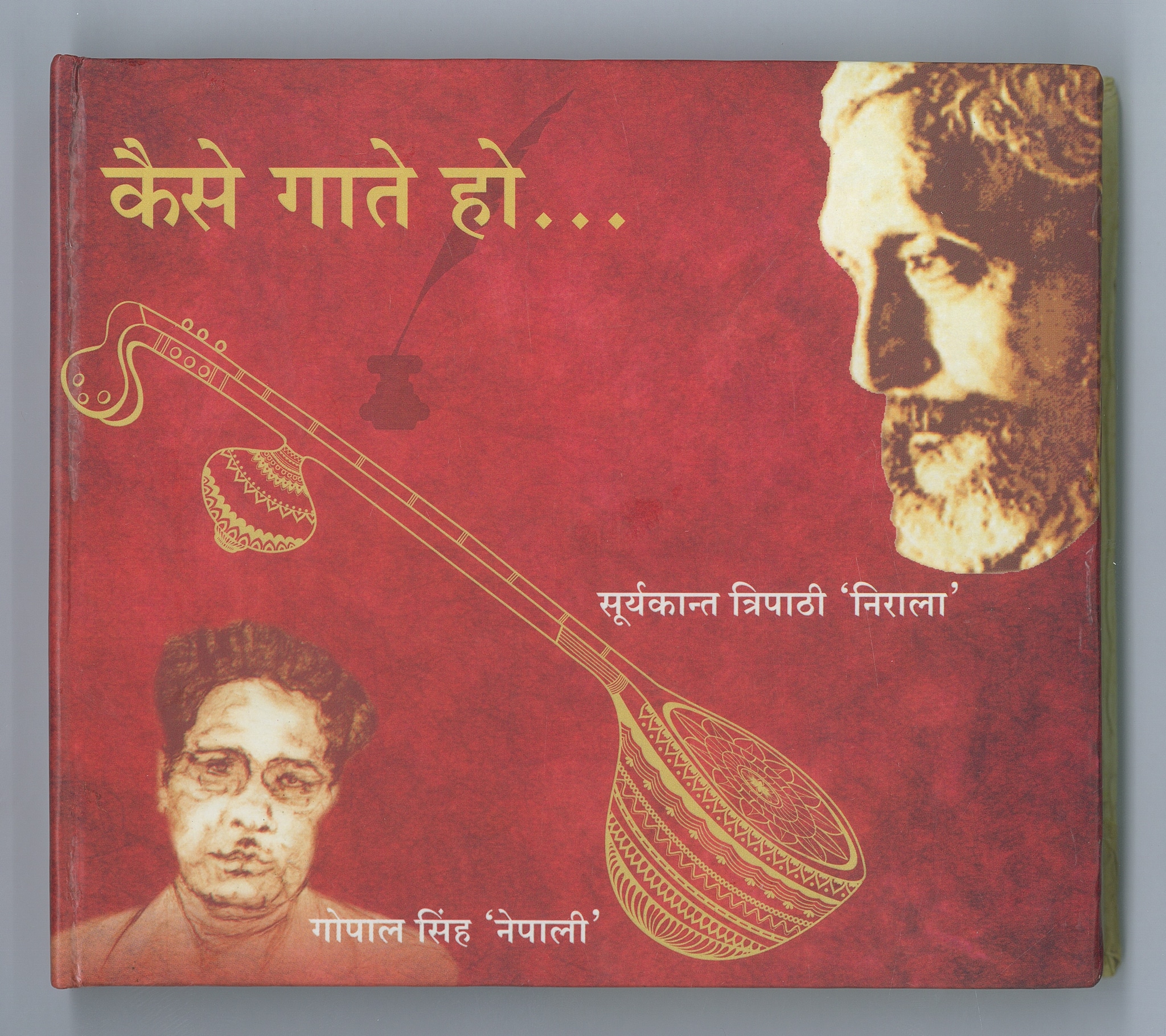 Of late, no new poetry CDs have been created but Jha’s poet queue is ready: Sumitra Nandan Pant and Virendra Mishra in classical poetry, and Som Thakur, Maheshwar Tiiwari and Buddhinath Mishra in the Hindi Navgeet genre.

While poetry was being patterned in tune, Jha’s zeal for classical music continued through concerts held in Vadodara. In three decades, nearly 170 classical music concerts have been held under the aegis of Komal Nishad that Jha founded. The country’s best singers have performed for Komal Nishad where the music is pure classical and the audience seeped in Vadodara’s rich musical tradition. 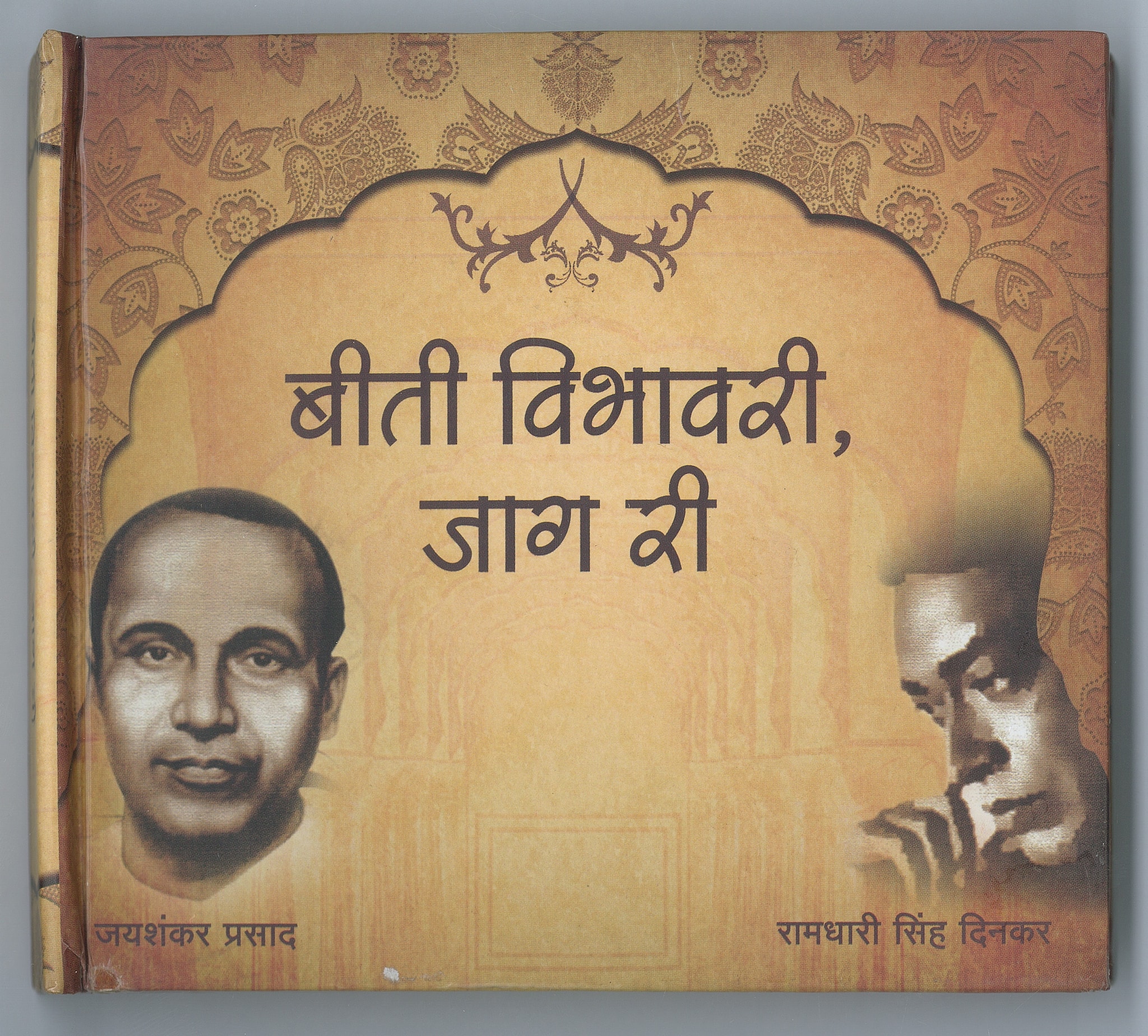 Jha refuses to sell the poetry/music audio CDs. “It is the blessing of Goddess Saraswati, how can I sell it? You can never put a price to something so pure and primal,” he says with the poise of a man who convinced of his fate as an instrument of rhapsody.

While poetry was being patterned in tune, Jha’s zeal for classical music continued through concerts held in Vadodara.

The pandemic has silenced the tanpuras and the oompah of the tabla. Komal Nishad is keen on fulfilling its original purpose but this Spring, the stage is unoccupied and no one is rehearsing by an open window in the green room. Music and poetry, however, continue to live in Shankar Kumar Jha’s marrow. He, as Somerset Maugham had said, ‘waters an asphalt pavement in the confident anticipation that lilies will reward his labour’. No, Jha does not want lilies growing out of asphalt pavement. He’d prefer the lilt of a song and the symmetry of a stanza. The gravelly voice of Ram Jeevan Thakur. And the poetic munificence of his father Lakshmi Narayan Jha. Then, the nightingales might sit jealous. 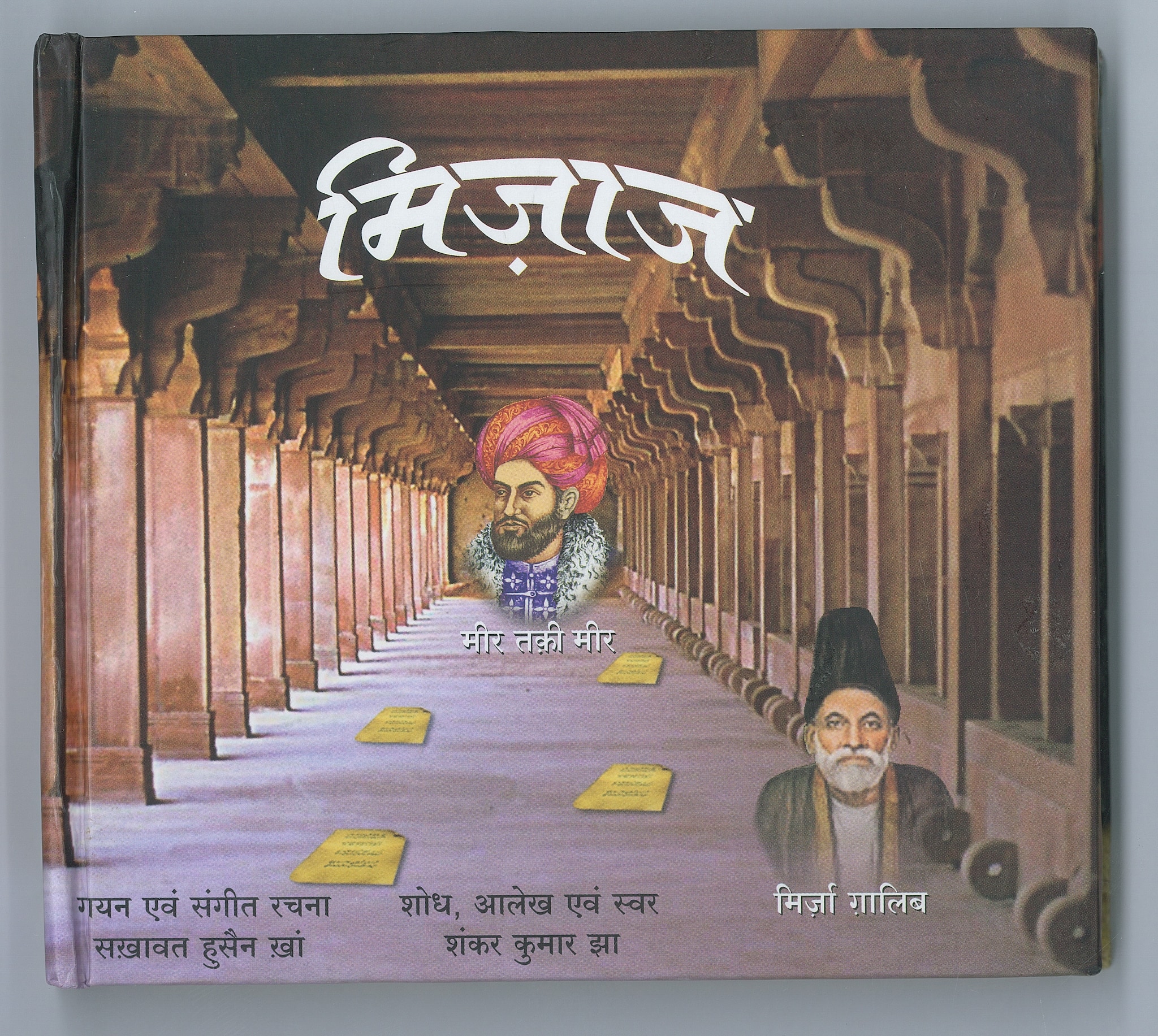 The CD on Urdu poets Mirza Ghalib and Mir Taqi Mir has been sung by Sakhawat Hussain Khan.

Komal Nishad does not sell its audio CDs but sends it to Hindi poetry lovers on request. You can get in touch at: +91 9104702631; email: komalnishad@gmail.com