GoAir IPO in sight? Why Indian aviation's tortoise has decided to run

The Wadia family-owned GoAir is changing character. A new top management, a hyper growth strategy. Why? The theories are many.

It has been a busy few weeks at GoAir. "Unusual," is how one industry observer puts it.

In mid-July, the airline owned by the Wadia family announced a brand new senior leadership. This included a Chief Financial Officer, a Vice President to overlook international operations, and heads for network planning, revenue management and flight operations.

The highlight was the appointment of Miranda Mills as the new Chief Operating Officer. Mills is among few women who have held senior positions in the Indian aviation industry.

But that was not the reason why her appointment raised eyebrows. The aeronautical engineer was filling a seat that had been vacant for nearly a year. The airline continues to be without a chief executive officer.

Around the same time, the low-cost airline announced new services to four international destinations within a month. It was ambitious for an airline that was flying to just four overseas routes since the launch of international operations in October last year. The airline also announced eight new flights in the domestic sector.

That is not all. In July itself, the airline added its 51st aircraft to its fleet. Its fleet has expanded by more than half in one year. And now it plans to add "at least one aircraft a month" in this financial year.

And there is one more big announcement coming. A GoAir spokesperson confirmed to Moneycontrol that the airline has invited Ben Baldanza, the legendary former CEO of  American ultra-low-cost carrier Spirit Airlines, to join its board. Baldanza has been advising the Board and the management, the spokesperson said.

The flurry of news and the aggressive network expansion is new to GoAir, which for years has kept a low profile, seemingly content with a small, yet compact and efficient operation.

"The airline has till now stayed away from taking risks like IndiGo..." says a senior executive from the industry. "Till about a few months ago, it barely had any senior leadership to talk of, and there was nothing of a network expansion plan to mention."

But GoAir's conservative strategy has its admirers.

"GoAir has a good product. You get what you pay for. The airline keeps away from peak traffic but has flights in times that are useful to passengers. It has been slow but steady, and ticks all the boxes," says Mark Martin, founder and CEO of Martin Consulting LLC, an aviation advisory and consulting firm.

However, the company finally appears that it wants to spread its wings. Is the action over the past few weeks a precursor to the talked-about initial public offering that Moneycontrol reported about?

A company spokesperson said they did not have a comment to offer on the "market speculation" but multiple sources told Moneycontrol that the airline is looking to list this financial year.

The timing is understandable. Its market share has risen to 11 percent, from less than 9 percent a year ago. It has topped the OTP charts for 10 months in a row and load factor has been above 90 percent.  Like its peers, GoAir has also benefited from the absence of Jet Airways, which suspended operations in April.

Despite the IPO talk, questions remain about the stability at the top management level, where there have been frequent exits. This will be critical for the airline as it expands operations. And despite the company's denials, murmurs continue about a "possible exit" for the Wadias.

Can GoAir overcome apprehensions and manage a successful IPO, helping it reach a new high in Indian aviation?

Both airlines launched within nine months of each other. GoAir in November 2005. IndiGo in August 2006. But over the next decade or so, the gap between the two kept expanding. Rival IndiGo started a few months after GoAir but has grown faster.

Today, Gurugram-based IndiGo is India's largest carrier, with 238 aircraft, over 1,400 flights a day and flying to 76 national and international destinations. In comparison, GoAir has 51 aircraft, operates 300 daily flights and flies to 30 domestic and overseas destinations. It is India's fourth largest carrier trailing behind SpiceJet and Air India.

At the same time, GoAir has managed to match  - in most years  - IndiGo when it comes to profitability, a rare feat in Indian aviation. While IndiGo has been profitable for 10 years straight, GoAir has remained profitable in all but one of the past eight years.

The airline's financials for the last financial year is not available with market regulator DGCA. With crude prices on the boil, the last fiscal was rough for all operators, and if the numbers of its peers including IndiGo are anything go by, GoAir too would have struggled a bit.

But on the whole, the airline has bewildered industry watchers by being conservative in the world's fastest-growing market.

"GoAir is obsessed with conserving cash. Its focus on cash flow is one reason why it hasn't taken aggressive long-term bets," says an executive in the industry.

That is one reason why the airline, say industry executives, is focused on selling seats, sometimes at the cost of margins.

Unlike its peers, GoAir is much more dependent on online travel agencies (OTAs) such as MakeMyTrip or Cleartrip to sell tickets.

Others like IndiGo or Jet Airways had a higher share of corporate clients, points out an executive. Corporate clients typically offer margins compared to OTAs.

GoAir does not agree with this assessment.

"GoAir works on a multi-sales-channel strategy and the online travel aggregators (OTAs) are part of this thought process," a company spokesperson said.

While sources said GoAir sells 45 percent of its seats through the OTAs, the spokesperson disputed this, saying the "percentages are completely misplaced."

Much of the intense focus on cash flow, say GoAir insiders, comes from the very top. The Wadias, led by Chairman Nusli Wadia, have kept a close watch on the business. Son Jeh Wadia has donned the role of acting chief executive since the departure of Cornellis Vriewijk in February.

"The Wadias are sharp and extremely focused on numbers," says a former executive of GoAir. 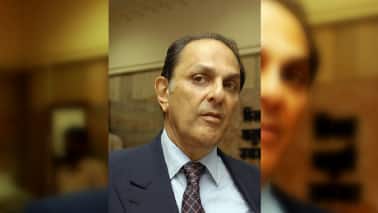 Nusli Wadia, patriarch of the Wadia family, which owns GoAir.

The focus though has also raised questions about micro-management and tussles with senior management. Since the middle of last year, at least a dozen senior officials have left the airline. Differences with the promoters was cited commonly. "Expectations are extremely high, sometimes unrealistic" is how one former executive termed his short stint at the airline.

And that, adds the executive, is the reason why the airline has struggled to get replacements. "The promoters had reached out to senior executives in the industry. But none joined," said the executive.

A company spokesperson though contended that attrition was an industry phenomenon and people leave for personal and professional reasons. "As per our internal standards and measures on review, some executives were found wanting on critical performance parameters and were relieved of their duties with due process," he said.

The appointment of Mills surprised many.

Mills, who was last Chief Digital Officer - Civil Aerospace at Rolls-Royce, hasn't worked in an airline before and has not worked in India. However, she used to visit India frequently during a previous stint at Airbus. Her experience at Airbus will come in handy for GoAir.

All of the airline's planes are from Airbus. In 2016, GoAir signed its second deal with the aircraft manufacturer for the supply of  72 A320 Neos, taking the total order to 144.

"Mills, who was Vice President, Sales for Airbus in South Asia, understands how the aircraft manufacturer works. And this will be critical in GoAir's relationship with Airbus," said an executive.

GoAir was forced to ground seven of its A320 Neos earlier this year, because of problems with the planes' engines. Ironically, the grounding earned GoAir a substantial amount.

Sources said Airbus had to pay GoAir $25,000 per aircraft, for each day it was grounded. No loose change for any airline in a tough operating environment.

Equally interesting is GoAir's decision to rope in Baldanza.

The brash aviation industry veteran made his name leading Spirit Airlines for more than a decade, transforming it into an ultra cost carrier that had nary a care for legroom or seat size. It even charged for boarding passes.

But customers loved it. Spirit offered the cheapest fares. He was once featured in ad that had him lying in the overhead bin, showing that even that space was being monetised.

But the focus on low fares helped Spirit even beat Southwest Airlines, the American airline that had forever dominated the low-cost space.

Despite Baldanza's abrupt exit in 2016, and Spirit's recent challenges, it was clear that the veteran caught the attention of the Wadias at GoAir. "Jeh Wadia had often talked about Southwest, and how he wanted to model GoAir after it. But of late, he has shown more interest in the Spirit model," says a former executive.

While it will be interesting to see how GoAir's strategy evolves under the Baldanza's guidance, rumours also say the Wadias will also use his advice to devise an exit plan for themselves.

The domestic aviation market has for long debated the Wadia family's long term interest, or lack of it, in the aviation business.

In between, there were talks about buying interest from the Tata Group but the deteriorating relationship between Nusli Wadia and Ratan Tata - after the Cyrus Mistry episode - put paid to those hopes.

Baldanza's exit at Spirit provides him a neat opportunity to work with, in various capacities, with airlines around the world that are in need of a growth push. Such as GoAir, which may have its eyes set on an IPO and/or a partial or complete promoter exit.

The GoAir spokesperson disagrees with the theory. "Your assessment is incorrect and your comparison is completely misplaced," he says.

"Baldanza's credentials are not restricted to one or two companies – as an advisor he brings a wealth of experience that is unmatched in the aviation industry. ... He also held senior roles at Continental Airlines, Northwest Airlines, and US Airways, spanning marketing, planning, revenue and operations leadership," added the spokesperson.

The rumours, though, haven't died.

The slowdown in the economy and volatility in the stock market has seen some IPO being postponed. While the Wadias haven't disclosed their plans, a listing is important for GoAir.

It could use the money not just to fuel its new growth strategy but also has a few financial commitments: about Rs 1,000 crore in inter-company loans, and Rs 2,000 crore in ECBs.

While the market and the aviation industry will be looking for more clues about its plans, there is no doubt that GoAir is ditching its tortoise strategy and becoming a hare.

Prince Mathews Thomas heads the corporate bureau of Moneycontrol. He has been covering the business world for 16 years, having worked in The Hindu Business Line, Forbes India, Dow Jones Newswires, The Economic Times, Business Standard and The Week. A Chevening scholar, Prince has also authored The Consolidators, a book on second generation entrepreneurs.
Tags: #Business #Companies
first published: Aug 16, 2019 02:04 pm