Travelling to South Africa for the cricket? Don't miss this fiery curry-and-bread dish steeped in history - it has a significant Indian connection too.

There is so much to love about bunny chow, the popular street food of South Africa - particularly Durban.

Picture this: a loaf of white bread, sliced in half, its fluffy white centre torn out to create a well that is then filled to the brim with spicy chicken, mutton or lamb curry. For vegetarians, there's bean (rajma) curry. The loaf is then topped with a hat of fluffy bread bits. The accompaniments include a simple salad of grated carrots, chillies and onions. It’s delicious, and since it comes with no cutlery, a bit of a glorious mess to eat.

You can find bunny chow all over South Africa, but it’s a Durban institution, and the best bunny chow shops are all there.

I got my first taste of this bread bowl on a recent visit to South Africa. House of Curries on Florida Road, Durban, was packed to the gills on a Friday evening. The menu had a variety of bunny chows – chicken, mutton, prawns, beans and even one with French fries. I settled for the mutton one which came heaving with a spicy mutton curry poured on top of a huge loaf of bread. The curry reminded me of our desi chicken curry - feisty and flavourful. The one-pot-meal definitely needs an army to demolish. I went in with my hands – starting with the ‘virgin’ scooped-out bread at the top and ending at the gravy-soaked bottom. Bliss!

There are many stories about the origins of the bunny chow. A popular one dates back to 1940s when Indians were brought to South Africa in large numbers to work as indentured labour in KwaZulu-Natal’s sugarcane fields.

“When Indian workers had to go to work, the easiest way to carry the food was to hollow out a loaf of bread and load the curry into the bread. It was then wrapped in paper and taken to the fields,” explains Tyrone Powell, founder of Oriental Restaurant, one of the most popular chains of restaurants for bunnies in Durban.

Another story ties the dish to Apartheid. The law during Apartheid forbade people of colour from entering restaurants and cafés. Instead they had to order meals from the side or back doors of restaurants. It was during this time that people got creative and started using loaves of bread as take-away containers - scooping them out and filling them with the curry. When the days of struggle got over, the dish got a facelift with a side of carrot, onion and green chilli salad.

Some argue that bunny chow was invented for Indian caddies at the Royal Durban Golf Course. It’s said that the caddies were unable to go home for lunch in the Indian area in Durban’s Grey Street. So friends brought them lunch from the city. With no access to take-out containers, they simply poured curry into loaves of bread. The name bunny is probably the corrupted version of the name of the business community in India – banias who sold the curry. Chow is slang for food.

Making of a bunny

A bunny chow isn’t for the peckish or calorie-counters. This carb- and protein-laden meal is meant to keep you going, and the portions are humungous. It’s sold in quarters (“kotas” to locals) or halves. But be warned a quarter is a lot.

Though mutton and beans are the two most popular variants, there are restaurants that offer up more specialized bunnies. At Oriental Restaurant the menu includes a chicken, lamb, prawn, crayfish, mince and even a kabab bunny. Powell sources all the spices for the bunny from an Indian company – Mumbai Spiceworks – and is fastidious about the way it is cooked. “We use a combination of 21 spices and the slow cooking method to extract the best flavours. The mutton which is our most popular bunny is slow cooked for two hours,” he says.

What started out as poor man’s food has today morphed into the most popular late night meal of party-goers who flock to Durban. Bunny-lovers love the price as much as the taste. The sloppy, savoury dish itself has gone gourmet with finer bread, subtler curries and more salads and pickles. “Today, people come in their Rolls Royces and Lamborghinis to enjoy a bunny,” laughs Powell.

Whether you are wolfing down a bunny wrapped in a newspaper or at a table in a nice restaurant, there appears to be just one rule for eating a bunny properly: no cutlery.

This marvellously messy meal is best relished with hands. Theoretically, it's possible to eat a bunny chow with a knife and fork, but that's like a New Yorker eating a slice of pizza using a fork and knife.

“Keep tearing off pieces of the bread walls and dipping them into the curry until you reach the bottom, where the curry and bread become one. It's a little messy, but it's the only real way to eat a bunny! And you have to be quick before the walls of the bread soak up the gravy and it starts to grow soggy,” says Powell.

Could bunny chow be the earliest fusion food? Probably yes. In a sense, it did result in the meeting of two disparate cultures, if not necessarily a happy meeting. 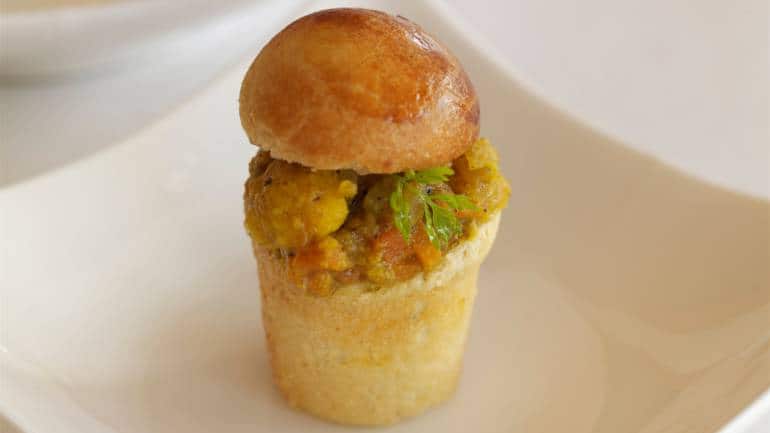 Traditional bunny devotees swear by the piping hot bunnies served here. Succulent chunks of lamb on the bone, light gravy and subtle heat make it one of Durban's best.

If you want your bunny in a refined setting head to The Oriental. This 40-year-old institution is a hit with the locals looking for a hearty bunny chow meal. Go for the mutton bunny – perfectly spiced and fragrant. The sugar bean bunny comes a close second.

Looking for a vegetarian bunny? Head to Patel’s, opened in 1912. The vegetarian bunnies here are simple and satisfying. Go for the signature one – a medley of red bean, sugar bean, mixed vegetable and lentil curries.

Bunny chow is the king at this unpretentious family-run eatery. Portions are generous and prices are reasonable. The spicy mutton bunny is what the locals recommend.

This specialty shop has a variety of bunnies, including some South Africanized Indian favourites like butter chicken and crab curry. The best here is the prawn bunny with heaps of freshly caught shrimp. The lamb bunny with tender on-the-bone lamb chops marinated in mild tomato curry is equally good.

This quintessentially Durban-Indian eatery has bunnies that range from trotters and beans to a fancier prawn bunny. Come hungry, the portions are big.