LIC's shareholding in listed companies hit all-time low, but it increased stake in 10 firms in Q4

Life Insurance Corporation of India (LIC) reduced its holding in publicly-traded companies in the fourth quarter of the financial year 2021 to an all-time low of 3.66 percent of the market value of 296 companies (where the holding is more than 1 percent) from 3.7 percent as on December 31, 2020.

On June 30, 2012, the number was at an all-time high of 5 percent, according to a report by Prime Database Group.

The state-run insurer booked profits in the first three months of 2021 even as the Nifty gained 5 percent.

“In aggregate terms, the LIC's shareholding in companies reached an all-time high of Rs 7.24 lakh crore in the quarter ending March 31, 2021, an increase of 6.30 percent over the previous quarter,” Pranav Haldea, Managing Director, PRIME Database Group said in a note.

The Sensex and the Nifty rose by 3.70 and 5.10 percent, respectively, during this period. 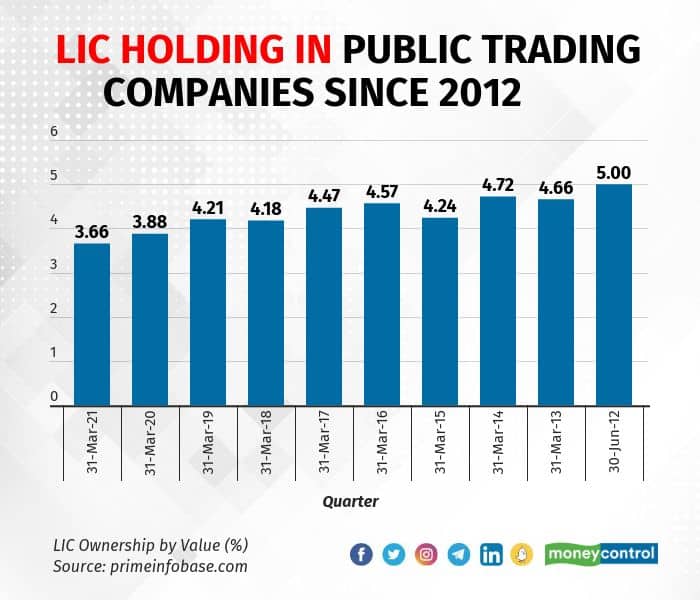 For the quarter ended March 31, LIC picked up stake in sectors like pharma, insurance, financials telecom. On the other hand, it decreased stake in sectors such as infrastructure, auto and public sector banks.