Tune in on 17th July for the Small Business Virtual Summit with Cisco. Register now!
you are here: HomeNewsBusinessEconomy

Will coronavirus play a dampener in Maharashtra's 2020 Ganesh Chaturthi celebrations?

With a rise in the number of cases in Maharashtra and a few mandals like GSB Wadala taken a decision to postpone festivities to 2021, other organisers may also be forced to follow suit.

As the country battles coronavirus, Maharashtra has reported the highest number of positive cases and deaths. This may force organisers of the annual Ganesh Chaturthi celebrations to postpone the 2020 event.

This is to minimise the infection spread since this event sees heavy public gathering across the pandals (event ground) across Mumbai, Pune and other regions.

At GSB Sarvajanik Ganeshotsav Samiti Ram Mandir Wadala, it has been decided to postpone this year's festivities to Magh Shudh Chaturthi in February 2021.

Mukund Kamat, the trustee at GSB Samiti said that this decision has been taken in view of health and safety of all the volunteers in particular and public in general.

Sources told Moneycontrol that mandals or organisers are close to taking a decision on postponing the 11-day celebrations to February 2021 where Ganesh Chaturthi will be held during the ‘Magh’ month of the Hindu calendar.

The organisers of Lalbaugcha Raja, which is the Ganesh mandal with highest number of footfalls each year, are meeting in June to take a decision on this year’s festival. Every year, Lalbaugcha Raja which is located in South Mumbai sees close to 1.5 million visitors to see the idol. It earns between Rs 7-12 crore every year by public donations in the form of cash, gold and other products.

Also Read: Live updates from the COVID-19 outbreak in India

The 11-day Ganesh Chaturthi will begin on August 22. Here, the mandals set up idols of Hindu god Ganesha at designated locations. The public worships the idol for fixed days post which it is immersed in the sea with public processions.

Areas like Parel, Chinchpokli and Byculla which are near Lalbaugcha Raja mandal have several buildings and lanes identified as containment zones by the Brihanmumbai Municipal Corporation. 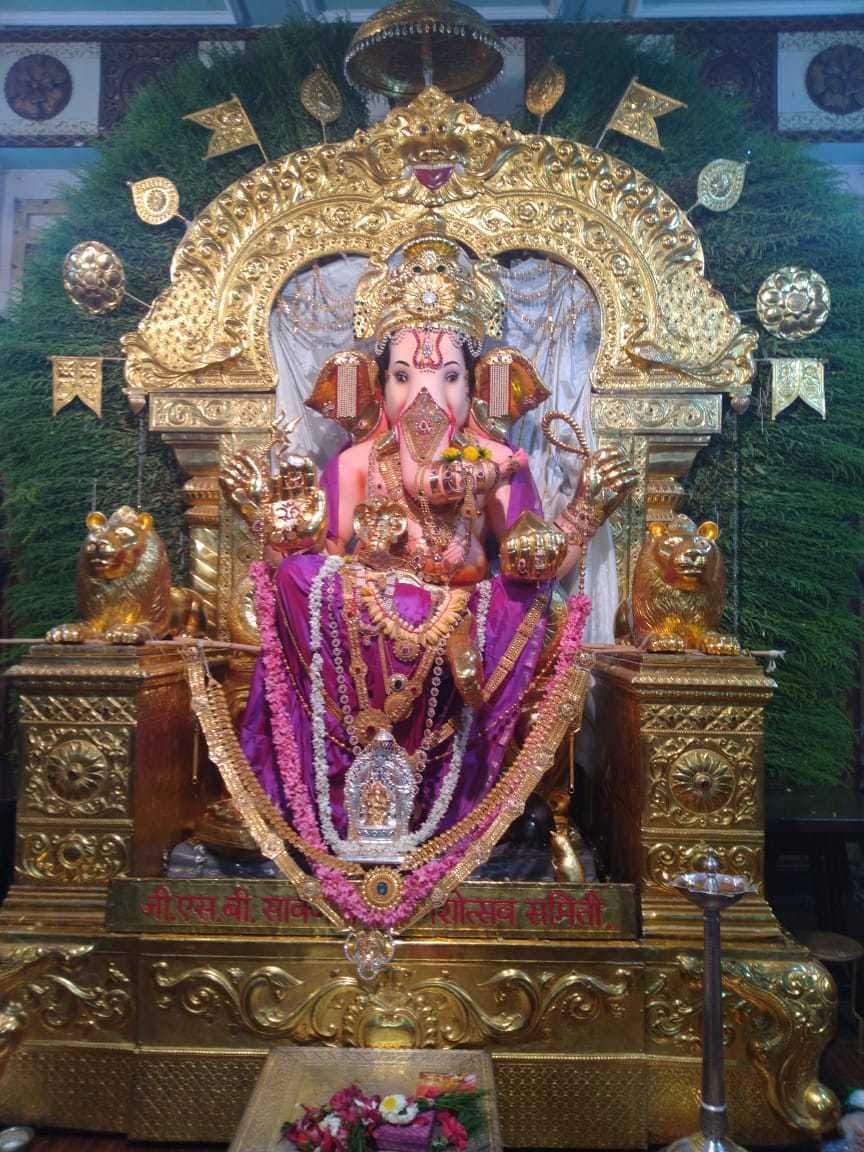 Public celebration of the Ganeshotsav which is said to have started by freedom fighter Lokmanya Bal Gangadhar Tilak in 1892 has never been postponed or delayed till date.

What about the artisans?

Large Ganesh idols are created in pen town of Raigad district and transported to Mumbai by road for giving the final touches. Apart from this, several locations like Parel in South Mumbai and Dharavi in Central Mumbai have specialist workshops employing more than 12,000 people from Maharashtra and other states.

Postponement or delays in the festival would mean that the artists or idol makers would lose their livelihood since the large idols cannot be made and stored for a long period.

Ashok Shinde, an artisan who has travelled from Vidarbha district in Maharashtra to Mumbai said that there is uncertainty on the scale at which the Ganesh festival will be held.

“Orders for large idols are getting cancelled. I have brought 20 other people with me from the village. If they inform us in advance, we will be able to go back and secure some other work,” he added.

Typically, the idol makers start coming into Mumbai by the end of April to complete the work in time for Ganesh Chaturthi. Orders for large organisers make up the bulk of the money earned by Ganesh idol sales.

Mumbai has 10,000 mandals while the rest of Maharashtra is estimated to have another 7,000. Estimated revenue in form of cash and gold is expected to be Rs 50 crore in Maharashtra from the 10-day Ganesh festival.

Ganesh idols are also brought home by individuals and immersed after 1.5 days, three days, seven days and 11 days. However, with the COVID-19 threat still looming large over the state and social distancing in place, home celebrations may also be impacted.