The COVID-19 pandemic and the resultant hit to economic growth, however, has forced a visible shift to more long-term thinking. The Centre's capital expenditure target in FY22 was Rs 5.54 lakh crore, more than twice of what was spent as recently as FY18. 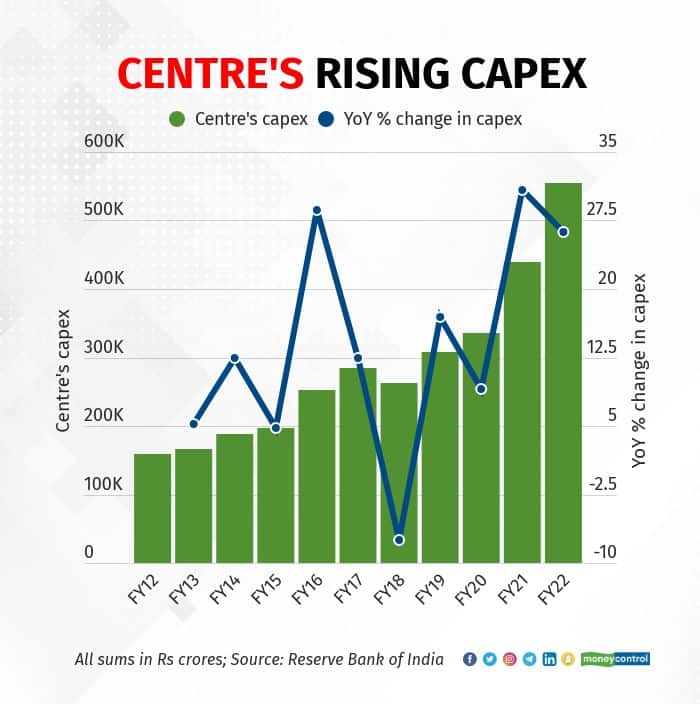 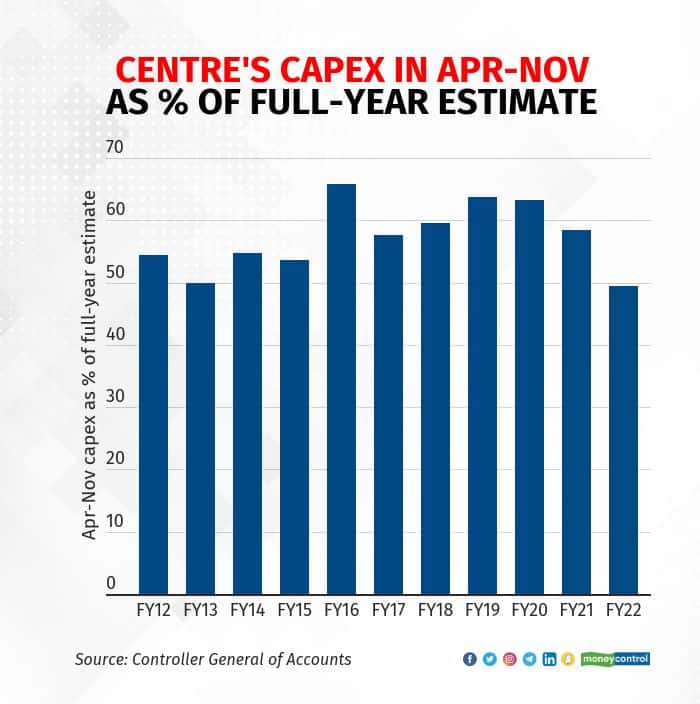 But even as the Centre's capital expenditure allocations have received a boost in recent years – and is seen rising further to Rs 6.5 lakh crore in FY23, according to a Moneycontrol survey – the fact remains that the budgeted sums constitute a fraction of total expenditure. 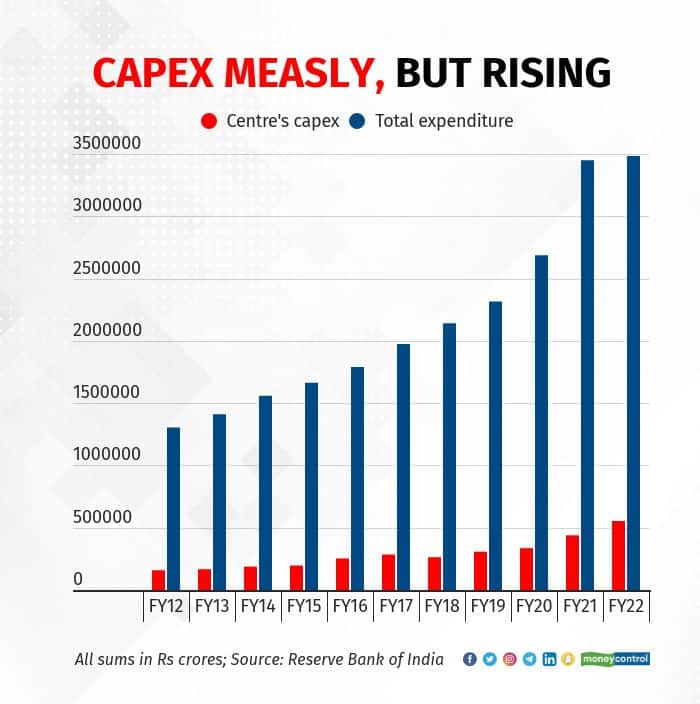 When compared to the Gross Domestic Product (GDP), the numbers are obviously smaller. But more importantly, they have only risen, thanks to the pandemic. From 1.82 percent in FY12, capital expenditure as a percentage of the GDP fell to 1.65 percent in FY20. This rose to 2.22 percent in FY21 and 2.39 percent in FY22. Of course, this last figure may change, and most likely decline depending on the revised estimate for the current financial year. What is clear is that there is plenty of room for the government to raise its capital spending. 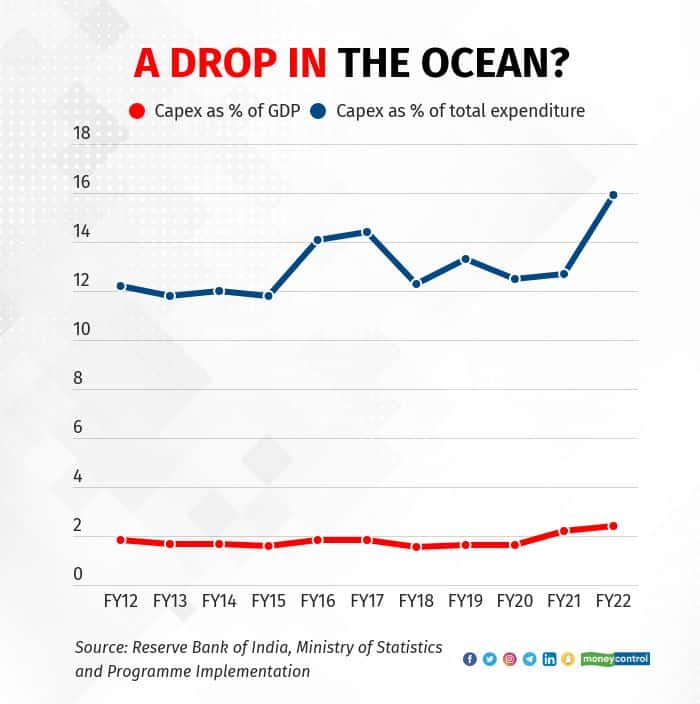