Upcoming Event:Experts and leaders discuss how modern digital tools are transforming the media industry. Register now
you are here: HomeNewsBusinessEconomy

The Budget for fiscal 2023 faces a familiar challenge: how to revive economic growth.

Over the past few years, the government has had to repeatedly address a slowdown in economic growth. And even as it attempted to do so, the economy kept suffering fresh setbacks. First came the withdrawal of high-value banknotes in 2016. The adjustment pains caused by the 2017 implementation of the Goods and Services Tax (GST) regime followed. By late 2019, growth was said to be bottoming out, only for the coronavirus disease pandemic to send the economy into a technical recession in 2020.

Unlike some other countries, India chose to tackle the economic fallout of the pandemic not through a consumption boost but a series of investment-promoting measures. The 2022 Budget is likely to be another step on this well-trodden path.

"The stance of the government over the last few years has been to promote investment-driven growth. Indeed, measures taken – such as reduction of corporate tax rates, unveiling the National Infrastructure Pipeline of Rs 102 lakh crore, and steps to promote domestic manufacturing through incentives under the production-linked incentive scheme – all point in the direction of promoting capex-driven growth," Morgan Stanley's economists noted last week.

According to the median of a Moneycontrol survey of 11 economists, the Centre may peg its capital expenditure target for FY23 at Rs 6.5 lakh crore. This would be over 17 percent higher than the FY22 Budget estimate. Of course, indications are that the target for FY22 may be beyond the Centre's reach.

At Rs 5.54 lakh crores, the capital expenditure target for FY22 looks well-nigh impossible at the current juncture, considering only 49.4 percent of it was achieved in the first eight months of the year, as per the latest data. As such, a target of Rs 6.5 lakh crores for FY23 could be as much as 35 percent higher from FY22, depending on what the revised estimate is.

However tall the capital expenditure task may be, the Centre cannot afford to let up as a sustained economic revival hinges on the crowding in of private investment. Gross fixed capital formation, or GFCF, a proxy for investments, may surge 15.0 percent this year as per the National Statistical Office's first advance estimate, but this would be on the back of a 10.8 percent contraction in FY21. 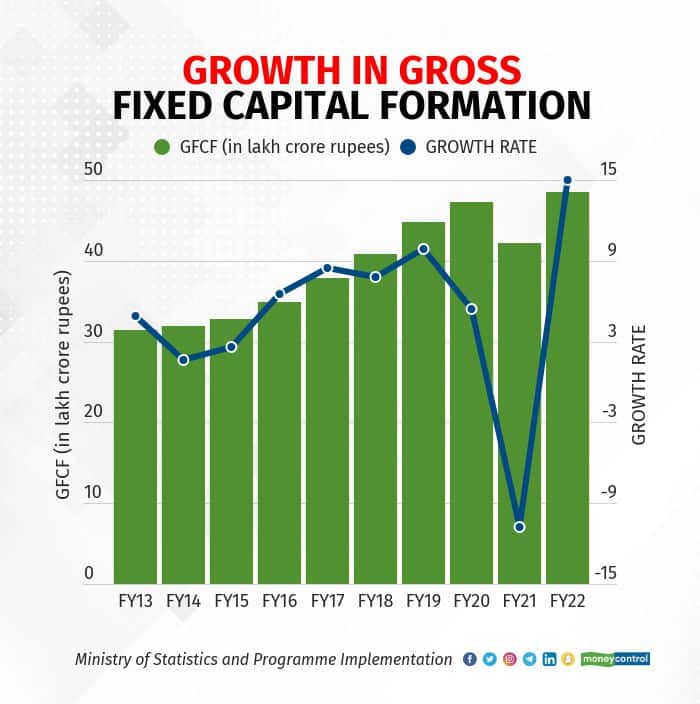 Three heavyweights – roads, rail, and defence – are again expected to account for a bulk of the Centre's gross budgetary support for capital expenditure.

"The key sectors, which would witness heightened allocation towards capex spend will be roads, defence, water (Jal Jeevan scheme and river interlining programme), housing, and railways," ICICI Direct said in a report.

According to Kotak Mahindra Bank economists, who expect capital expenditure to rise to Rs 6.59 lakh crore, the allocation for roads and highways, railways, and defence may be 30 percent, 20 percent, and 15 percent higher in FY23.

For the manufacturing sector, production-linked incentive schemes are expected to do much of the heavy lifting. Over the last two years, the government has announced such schemes for 13 sectors with a total outlay of Rs 1.97 lakh crore.

The pandemic has highlighted the need for greater capital expenditure on social infrastructure. A June 2021 paper by Reserve Bank of India (RBI) staff noted spending on human capital – largely education and health – had emerged as the "preferred choice for public expenditure" in the post-COVID era.

"On an international comparison, government expenditure on human capital in India is way behind BRICS and advanced nations," the RBI staff added. 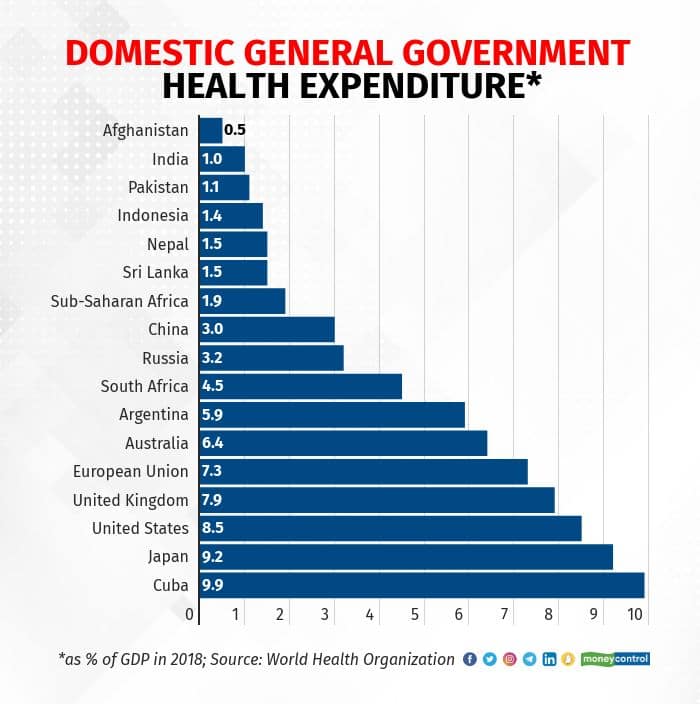 But the 2022 Budget is unlikely to spark a wholesale shift towards health expenditure.

"I don’t think there will be a shift towards health by the Centre. That is being done more by the states. Setting up of hospitals, health centres – health is a state subject. What the Centre is spending on health is for vaccinations and medical research," said Madan Sabnavis, Bank of Baroda's chief economist.

As such, economists expect the Centre to not just raise its own capital expenditure in the 2022 Budget, but also provide incentives to state governments to prioritise their plans through a special financing window or leeway for additional borrowing tied to capital expenditure. These two measures have already been adopted and helped propel states' capital expenditure 98.5 percent and 57.9 percent higher on a year-on-year basis in the first two quarters of FY22.

But once the GST compensation spigot is turned off in July 2022, states' capital expenditure will likely come under pressure.

"We might see revenue loss of 0.4-0.5 percent of GDP in states finances in FY23. This could temper with states' capex plans as weak revenues typically result in a reduction in capex by state governments," noted Emkay Global Financial Services.

The RBI's review of government finances for the first half of FY22 summed up the challenge well: "…it is important for both the Centre and the States to channelise expenditure to sectors that can crowd-in private investments and optimise multiplier effects based on inter-temporal and intersectoral linkages that can boost output, employment and productivity."

The proverbial ball is firmly in the government's half of the court.​