The Titanic ready for launch, in May 1911. The ship was constructed on Queen's Island, now known as the Titanic Quarter, in Belfast Harbour, part of the Harland and Wolff shipyard. (Photo: Wikimedia Commons)

People, places and journeys are enchanting by themselves. Add a dash of history, and they become richer still. After all, history matters. It shows us where we come from and where we are headed. It offers valuable lessons. Europe has plenty of it and I start with where I live - Belfast.

Northern Ireland’s capital city has a history of conflict in the 1990s, but present-day Belfast offers more than its violent past. It is home to the RMS Titanic, the ship that sank over a century ago. The docks where the ship was built have been preserved and turned into a striking visitor attraction, all within the Harland and Wolff shipyard.

Also unmissable is a taxi tour to get an understanding of Belfast's troubled history and see the dozens of murals along residential streets.

The Europa Hotel, the most bombed hotel in history, has since hosted guests such as Bill and Hillary Clinton, and is still a cool place where important deals and shiny rockstars hang out. 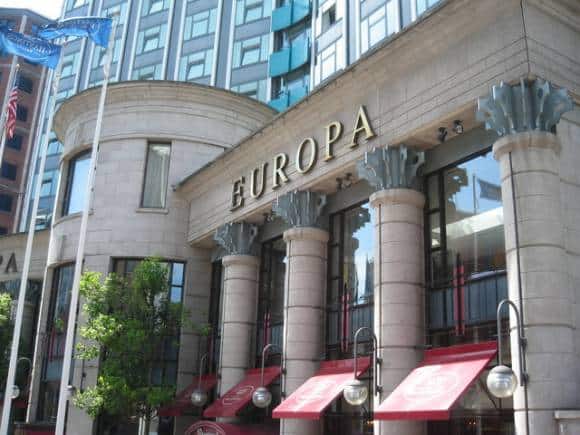 Once you are in Belfast, you wouldn’t want to miss the numerous day trips in and around scenic Northern Ireland, now famous for the Game of Thrones locations and its iconic drives along the coastal route.

And once the popular tourist hangouts are done, you might want to head to the eerily quiet Sperrin mountains where you can make out the haze of the Milky Way with the naked eye, and if weather is kind, even catch the Northern Lights.

Next door is the Davagh forest and the OM Dark Sky Observatory, where the ‘OM’ in the title refers to Hinduism’s sacred syllable, or ‘the sound of the universe’.

Also close by is Nobel-winning Irish poet Seamus Heaney's estate, a beautifully produced arts and literary centre in the village of Bellaghy where the poet grew up.

Genoa was once a grand maritime republic, a trading hub, and a leader in the global chocolate business. But all of this still exists and that is why it is safe to say that in Genoa, history comes alive.

Be it the Viganotti family’s handcrafted chocolates in 1866 whose original praline recipes are still being followed by the Boccardo family, takeaways selling farinata crepes whose recipe hasn’t changed in centuries, or its medieval alleyways, they are as much an identity of the place today as they were in the past. 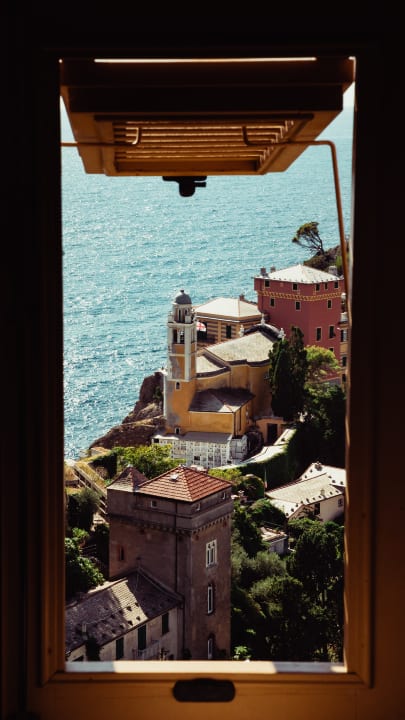 You would visit Rome for the cobbled alleyways, Renaissance palaces, ancient ruins and baroque piazzas, all in its historic centre. Its streets glitter with boutiques, cafes, trattorias and stylish bars, and its star attractions are the Pantheon and Piazza Navona.

But beyond these, Centro Storico also has numerous monuments, museums and churches, housing historic works by artistic greats such as Michelangelo, Caravaggio, and Bernini.

At the heart of Rome’s famous neighborhood, however, is its most famous historical figure, Italian neoclassical sculptor Antonio Canova, and his star pupil Adamo Tadolini, a detail many tourists miss except for the historically curious. In the 17th and 18th centuries, Canova was the most celebrated artist in Europe with patrons such as Napoleon and his family. His studio, where they both are said to have worked, is here. It belonged to Tadolini’s family until 1967, when it became a cafe, an obscure detail in the city more famous for Babuino, a stone’s throw away from the workshop.

Babuino, a fountain of a reclining Roman named Silenus, is often referred to as the ‘Twitter of the mediaeval age’. Romans would fix anonymous notes scandalising each other onto Babuino.

Then, there is the Keats-Shelley House, a museum devoted to the Romantic poets, and the place where Keats died aged 25 in 1821, and the Doria Pamphilj Gallery, an intimate place which is still owned by the family who first began assembling the collection 500 years ago. Beyond Florence, London, and Prague which attract tourists for their planetaria, astronomical clocks, and halls of learning, is Leuven in Belgium - an important centre of science history.

Leuven is a university town in Belgium where Father Georges Lemaître, a little-known Belgian Catholic priest, conceived the Big Bang theory in 1931. Lemaître at the time called his concept “the day without yesterday”. His phenomenal influence as the “Father of the Big Bang” is finally being recognised. One of the events celebrating his contribution was the Big Bang festival held in January 2022 for the first time.

Leuven is now displaying rarely seen archival material from the scholar’s life in exhibitions and events at venues such as the M Leuven museum. The library at KU Leuven is also one of the oldest in Europe, founded in 1425. Lemaître’s low-key presence can now be traced in public installations such as the bronze bust in the courtyard of the College van Premonstreit.

Housed within the 600-year-old KU Leuven, another spot that is of historical interest is Lemaître’s living and working quarters in Heilige-Geestcollege (Holy Ghost College). In 1958, this was the place where Lemaître’s attic housed one of Belgium’s first computers for computational calculations by the scientist. History is screaming from everywhere you see in the southern French city of Nimes with its Mediterranean feel and Roman relics and ruins. Alongside its history and textile heritage is also a thriving café culture in this part of France, popularly called ‘the French Rome’. Part of the epithet derives from many architectural delights, the most significant one being the 24,000-seat Roman Amphitheatre of Nîmes, which historically served as an arena where animals, slaves and soldiers would wait before their battles. From here, you can look at the seven hills that surround Nimes, another thing that reminds you of Rome.

Next to the arena is the Musée de la Romanité, which exhibits the Roman life with millennia-old artefacts, and Musée des Cultures Taurines, home to a collection of bull-fighting artefacts and the biannual Feria de Nîmes, a Spanish-style bullfighting event held in Nimes officially since 1952.

The city was home to wealthy textile merchants who built several of the city’s most elegant buildings. Notable among them is Hôtel de Bernis, with its 15th-century gothic façade and 17th-century arched courtyard, and the 17th-century Hôtel de Fontfroide with its pink courtyard and ornate balustrades.

Nimes is also home to Denim, or originally, de Nîmes, the cloth that made its textile merchants rich! Today, Ateliers de Nîmes continues the Nîmes' tradition of creating denim. Nîmes is also popular for the first public gardens from the 18th century, Roman water reservoirs, temples and aqueducts. Pont du Gard for instance is an extraordinary, 2,000-year-old engineering project. The three-tier aqueduct is half an hour from Nîmes, and a place worth visiting for its magnificent arch across river Gard.