Upcoming Webinar:Watch a panel of experts discuss: Challenges of continuously evolving regulation for Cryptocurrency, on 7th July at 3pm. Register Now
you are here: HomeNewsTrendsLifestyle

India at the International Wine & Spirit Competition: 3 spirits to raise a glass to

From an Australian-Indian collaboration to a three-wood expression, here are a couple of award-winning spirits to usher in the rains.

Trading Tides and Spice Trade gins will be available this month in Goa, Karnataka, and Maharashtra, and are priced between Rs 2,520 and Rs 3,500.

When I learnt that a colleague was travelling to Sydney for an extended holiday last month, I requested her to pick up a bottle of Four Pillars Bloody Shiraz gin. The Bloody Shiraz—gin steeped in Shiraz grapes—is among the many compelling offerings from the cult gin distillery located in the Yarra Valley, in Victoria. Others include gin aged in chardonnay barrels; and a sherry cask gin.

My colleague returns only in August, so the next best thing, then, I suppose, is to get my hands on two new gins that Goa-based Third Eye Distillery, which makes the popular Stranger & Sons gin, has created along with the Australian distillery.

The story of Trading Tides, which recently won a Silver medal at the International Wine & Spirit Competition (IWSC) 2022, and Spice Trade began in 2019 when the co-founders of both the distilleries met each other at a trade show in Berlin. “That was where we first chatted with Cameron (Mackenzie, co-founder, Four Pillars) about the possibility of a collaboration, but things really took wing in early 2020 when they won the Producer of the Year (for the second time in a row) and we bagged a Gold Outstanding medal at the IWSC, a first for any Indian distillery,” says Sakshi Saigal, one of the co-founders of Third Eye distillery.

During the first year of the pandemic, emails flew between Goa and the Yarra Valley, as the two companies discussed the broad contours of their offerings. “They spoke about lemon myrtle, river mint, and anise myrtle—and we had never worked with these botanicals,” says Saigal.

Similarly, Mackenzie and his team were curious about black pepper, cardamom and the other botanicals Third Eye sources from spice farms around Goa. After several rounds of ‘Zoom’ distilling and experimenting, Third Eye took the citrus-forward route for Trading Tides, while Four Pillars went in with a more spicy recipe. Both the gins will be available this month in Goa, Karnataka, and Maharashtra and are priced between Rs 2,520 and Rs 3,500. You’ll find notes of botanicals such as anise myrtle and grapefruit peels in Trading Tides, and lingering echoes of green schezwan, macadamia nut and red chilli in Spice Trade.

Third Eye is not the only Indian brand that shone at the IWSC, a 52-year-old annual competition that is the largest of its kind in the world. This year’s edition, held about two months ago, saw over 4,000 entries across 12 categories.

There are numerous awards for spirits—what is one to make of them, I ask mixologist Shatbhi Basu. “India does not have too many of these competitions—awards help you gain exposure, and Indian brands need to be out there and let the world know that we make good stuff,” says Basu.

Fine spirits curator Keshav Prakash says that he’d rate brands higher if they won praise—and awards—from the likes of the American Distilling Institute. “That said, you still have to be pretty good and confident enough to be able to send in your entries to events such as the IWSC,” says Prakash. 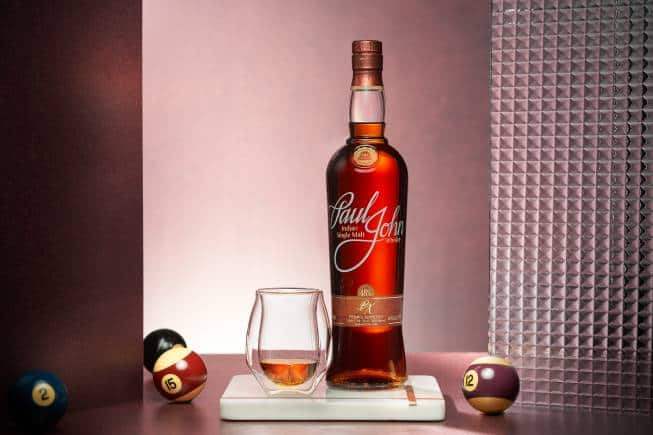 Haryana-based Picadilly Distilleries, the country’s largest independent malt spirits manufacturer and seller, doesn’t lack in confidence. Its debut single malt, Indri-Trini, is a three-wood expression - the single malt has been aged in ex-bourbon, sherry, and red wine casks. The No Age Statement whisky, which is available in Delhi, Mumbai, and Goa, among others, costs between Rs 3,100 and Rs 5,200.