You can use Messenger Rooms to call upto 50 people

The new feature is available to users across the globe.

Messenger Rooms will allow users to create a room with up to 50 people. The video calling app is free, and there is no time limit on a chat room. The host/guest system operates similarly to Zoom.

Video communication applications have seen a major spike in active users as people are forced to use these apps to socialise, sit in on team meetings, coordinate with coworkers, conduct lectures for students, and more.

Hosts can choose who gets to join your room and remove users from it at your convenience. Rooms can also be locked if you do not want anyone more users to join in the conversation. Most notably, a user does not need a Facebook account to join a room.

In a blog post, Stan Chudnovsky, Facebook’s Vice President of Messenger, wrote, “You can start and share rooms on Facebook through News Feed, Groups and Events, so it’s easy for you to drop by whenever you want. You can choose who can see and join your room or remove people from your room and lock the room if you don’t want anyone else to join.” 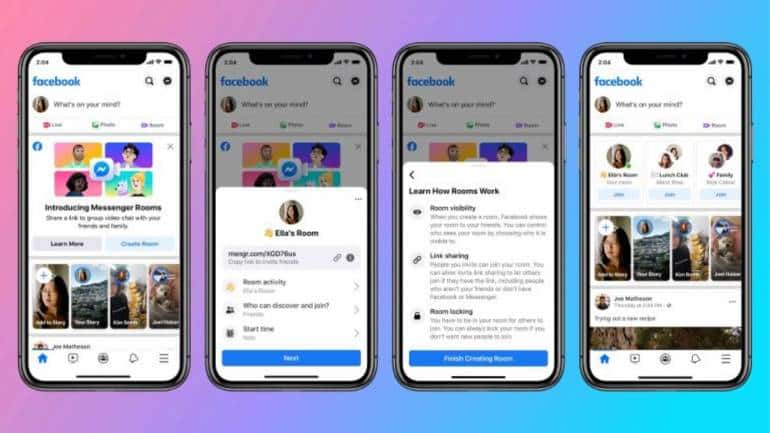 How to use Messenger Rooms?

It is worth noting that you can still use Facebook’s Messenger app to perform video chats, group calls, group video chats or one-on-one calls. However, you can head to the “People” section of Messenger, where you’ll see an option to create a room. You can also use Messenger Rooms on the main Facebook app.
Moneycontrol News
Tags: #coronavirus #Facebook #Zoom
first published: May 15, 2020 12:39 pm