Alienware M15 R6 Review: This might just be the most powerful 15-inch gaming laptop of 2021

The Alienware M15 R6 is a stark reminder that the Intel/Nvidia combination is still the best for gaming.

The Alienware brand has always been synonymous with heavy duty gaming, bringing the very best hardware to the forefront. Alienware gaming laptops have always aimed to deliver the best experience for both enthusiasts and competitive gamers. However, the company’s M15 models haven’t quite delivered with the first couple of generations not quite living up to performance expectations and the next unable to strike a reasonable balance between price and performance. Enter the Alienware M15 R6, which brings some of the best hardware you’ll find on a gaming laptop without the exorbitant price tag.

The Alienware M15 R6 comes at a starting price of about Rs 1,60,000, while our 11th Gen Core i7 / RTX 3080 model was priced on the higher side at Rs 2,40,000. And while the base model is on the more expensive side, the RTX 3080 variant is in line with most of the competition. There’s no doubt making the M15 R6 less expensive comes at the cost of a few compromises, but let’s figure out if those make any difference and if the M15 R6 can deliver in the real world.

Alienware has retained the same futuristic design for the M15 R6 as the previous couple of generations. The M15 looks more like a spacecraft than a laptop with the big heat vents on the back looking like the exhaust on the back of a cruiser. The LED ring surrounding the border of the vents adds some more visual flair to the machine. Additionally, even the Alienware Logo on the lid and the power button right over the keyboard lights up. 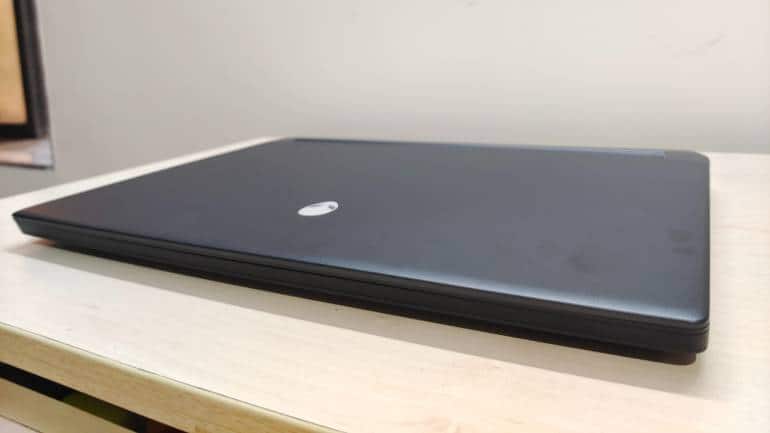 The laptop’s Dark Side of the Moon finish features a black-on-black colour scheme with a “15” decal subtly painted onto the lid. However, unlike the design, the build of the M15 R6 isn’t the best, with Alienware opting for a mix of aluminium, magnesium alloy and plastic. The keyboard area is mainly plastic and I did feel some flex while pushing down hard on it, but this wasn’t an issue during everyday use. The lid also has a bit of flex, but the hinge is pretty study.

The M15 R6 weighs around 2.5 kg, which is about the standard for a gaming laptop. It isn’t too heavy or bulky, like the Area-51m (Review). Even though Alienware has opted for a partial plastic build, the overall finish felt smooth and soft to the touch. Overall, I did like the design of the new M15 R6, but the build quality is not up to the mark. What is up to the mark is the ports on the M15 R6. You get two full-size USB ports on the right, while an audio jack and Ethernet port sits on the left of the machine. However, most of the action is on the back, with the addition of an HDMI 2.1 port, a USB Type-C port, and another USB Type-A port. And yes, the USB-C port comes with Thunderbolt 4.

The Alienware M15 laptop features a 4-Zone RGB backlit keyboard with customisable lighting effects available in the Alienware Command Center. The keys here also feature a nice travel distance of 1.8mm. And despite the large keycaps, the spacing between the keys is excellent. Apart from the regular keys, you also get dedicated media keys on the right of the keyboard, but no Numpad, which didn’t seem like a bother. Alienware also offers a keyboard with Cherry MX low-profile mechanical keys, which should be even better for gaming and typing than the default one, but it does come at a hefty price. However, I found the default keyboard excellent for both gaming and typing. Unfortunately, Alienware hasn’t put the same love and affection into the touchpad, which is made of plastic rather than glass. And while the precision touchpad did feel smooth to the touch, its buttons weren’t convenient to use. It is decent enough for browsing, but Alienware doesn’t seem to be hiding the fact that they much rather you use a mouse instead.

The new Alienware M15 features some of the loudest speakers you’ll find on a gaming laptop. And while the speakers are quite loud, they do lack bass. I found the audio more than sufficient while watching movies in a fairly large room with a bit of ambient noise in the background, but don’t bother with music. And as loud as the speakers are here, they aren’t enough to shut out the fan noise in Performance mode, so you might want to get use a pair of headphones while gaming. The 720p webcam on the top of the screen supports Windows Hello Face Unlock, which is pretty convenient. And if you are worried about hearing yourself over those loud fans, then you’ll be pleased to know that the microphone doesn’t really pick up much of the fan noise in Quiet mode. Overall, the speakers are quite loud but average in terms of sound quality, but they are still pretty good for a gaming laptop, while the webcam is more than sufficient for everyday use. 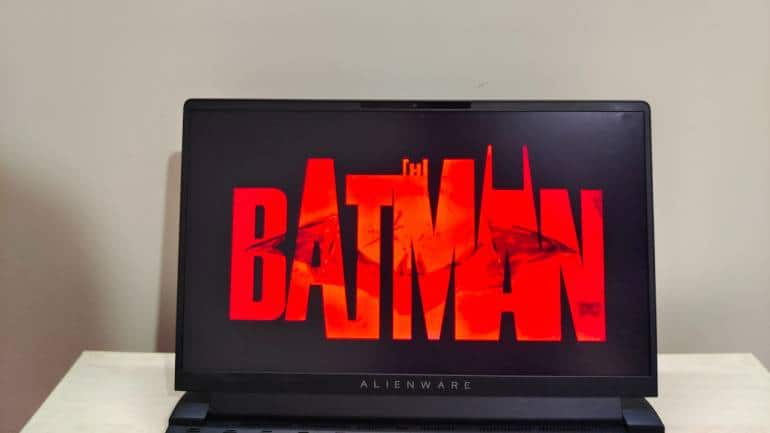 I have to say that the screen on M15 R6 was an absolute delight to use, it was bright, colour accurate, and super smooth. Additionally, the Quad HD resolution is the perfect middle-ground for gaming and crisp and sharp image quality. So, if you want a higher resolution without a drastic compromise in fps, then Quad HD is the way to go.

When it comes to performance, our model of the M15 R6 was powered by an 11th Gen Intel Core i7-11800H CPU paired with 32GB of RAM. The Alienware M15 R6 is also equipped with a 1TB M.2 PCIe NVMe SSD for storage. On the graphics side, you get integrated Intel Iris Xe Graphics and a dedicated Nvidia GeForce RTX 3080 mobile GPU. Apex Legends hit 180 fps on average on the highest settings, while Call of Duty: Warzone managed 165 fps with the settings maxed out. I also tested Call of Duty: Black Ops Cold War and Vanguard, both of which delivered anywhere between 130 to 160 fps in multiplayer mode. It is worth noting that all games were tested in 1080p resolution to get the best performance. But I did test a few titles in 1440p resolution with the same settings and got some pretty good results. Fps dropped to 58 in Battlefield V (Multiplayer), while Apex Legends and Call of Duty: Black Ops Cold War pumped out 110 fps and 140 fps, respectively.

— Carlsen Martin (@Carlsen0491) November 22, 2021
The Alienware M15 R6 has a pretty impressive cooling system with a ton of vents pushing out heat and keeping the laptop cool under pressure. While gaming in performance mode, the CPU temperatures rarely crossed 90-degrees Celsius, often floating between 85 degrees and 90 degrees. GPU temperatures, on the other hand, rarely crossed 75 degrees. This does suggest that the cooling system is quite effective as past Alienware M15 machines have run quite hot, closer to 95 to 100 degrees Celsius.

Thermal throttling wasn’t an issue for the most part, while the cooling system managed to keep the surface of the keyboard relatively cool. It is worth noting that the fans can get quite loud in performance mode. These are easily some of the loudest fans I’ve heard and sounded more like an engine turning on rather than laptop fans. However, if you are using headphones, the noise won’t really bother you when gaming, while the speakers get loud enough to shut out the fan noise when the laptop is in Quiet mode.

The Alienware M15 R6 packs an 86Wh battery and arrives with a 240W power adapter. In my daily usage, I found that the M15 R6 delivered around 3.5 to 4 hours of battery life on a single charge with MS Word and five tabs in Google Chrome opened simultaneously. However, you can get about an hour more by dropping the brightness to 30 percent and resolution to 1080p, while putting the laptop in the power-saving mode. I found battery life on the M15 R6 to be quite underwhelming, especially considering some of the new AMD gaming laptops are easily hitting the eight-hour mark. On the plus side, Dell has managed to offer a rather portable 240W adapter.

When it comes to gaming, the Alienware M15 R6 really hits it out of the park. The M15 R6 pretty much excelled in every game I tested, while thermal throttling never felt like an issue. Alienware has managed to keep things pretty cool on the inside and out. I did question the Core i7’s ability to keep pace with the behemoth 3080 card, but the CPU is more than up to the challenge. I have to say, the performance of the Intel CPU is surprisingly good here. Despite the appeal of the new Ryzen processors due to their multitasking performance, Intel is still holding on to its single-core crown, which does seem like a better fit for gaming. And with the arrival of the new 12th Gen Intel laptops, the future for Team Blue seems quite bright. 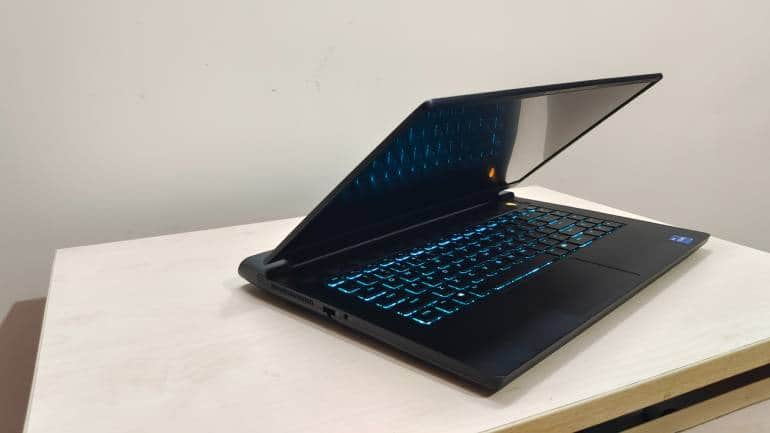 However, that isn’t to say that the M15 R6 is without its flaws, the build quality is not quite up to the mark while using the touchpad was anything but convenient. And then there was battery life which was abysmal, where both Alienware and Intel have to split blame. While battery life may have not been a point of contention for gaming laptops in the past, the new AMD mobile CPUs have upped the ante in the battery department for gaming laptops. But again, these caveats were easy to overlook given just how well this laptop performs. 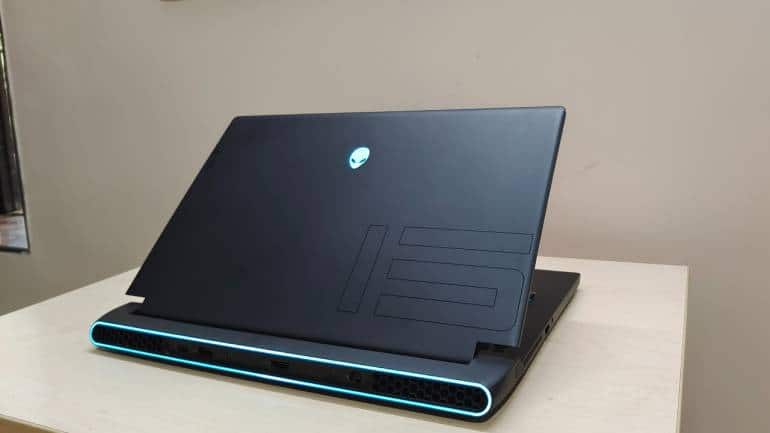 And we haven’t gotten to other great aspects of this laptop, like the keyboard, speakers, and the display, all of which can be categorised as class-leading. With a price tag of Rs 2,39,989, there’s no doubt that the M15 R6 is expensive, but when you consider just how much performance this machine pumps out and just how expensive standalone RTX 3070 or 3080 cards are (provided you can get your hands on one), then the pricing does start to make sense. So, if you are looking for the best gaming laptop, without the heft of a desktop replacement, then the M15 R6 is certainly worth considering.