Exclusive Webinar :Don't miss the latest webinar on Global Investing with Passive Products on June 22, 11am
you are here: HomeNewsTechnology

The Alienware m15 gaming laptop ditches the traditional chunkier Alienware design for something slimmer and more portable. And, while over-the-top performance has always been at the heart of Alienware's thick, chunky designs, the m15 is Alienware's entry into the fast and compact gaming laptop space.

When you hear the words "Alienware", one thing that comes to mind is its bulky design, which has been pretty much their theme for all its gaming laptops; and this one is no exception. Structurally the Alienware m15 still looks like a tank, it isn't super-thin like the MSI GS65 Stealth or the Gigabyte Aero 15X, but it's still pretty thin as compared to previous Alienware laptops.

The build quality across the chassis on this portable powerhouse is top-notch. Whether its the zero flex on the chassis, well-built hinges, a lid that feels reassuringly sturdy, the soft touch matte plastic coating around the keyboard or the Nebula red finish and the three-prong design with the Alienware logo on the lid; everything about this laptop just looks and feels premium. The way all the materials on this laptop are blended together just felt solid.

IO is another area where the m15 doesn't fail to deliver. The laptops sports everything from an Ethernet to a USB Type-C Thunderbolt 3 port, there's also a port on the back of the device to connect an Alienware Graphics Amplifier if you have one. Additionally, the webcam that sits on the top of the screen is decent but not great, something you'd expect in a gaming laptop.

The chiclet-style keyboard on the m15 is pretty comfortable for gaming as well as typing with a 1.4mm key travel distance, and we really like the fact that this is a full-size keyboard with a number pad. Even the trackpad is quite decent with Windows Precision drivers and a glass surface. In fact, both the trackpad and keyboard on the m15 seem generic, and that isn't a bad thing per se, it's just that none of these input devices screams Alienware. Power to the player

The Alienware m15 unit we got, featured an Intel Core i7-8750H CPU and an RTX 2070 Max-Q GPU with 8GB DDR6 VRAM; now that's a lot of power. But that's not all the m15 does to enhance performance, packing 8GB and 16GB DDR4 2666MHz RAM options with 1TB and 512GB PCIe M.2 SSD storage options. These stats come as excellent news for gamers.

Our Port Royal FHD benchmark test yielded a score of 5,953, while 3DMark's Time Spy test clocked a score of 6495. The m15 also earned an excellent Fire Strike score of 15,292. Gaming aside, the m15 also works really well in content creation and video editing. It's safe to say that performance on the Alienware m15 is pretty solid.

Keep in mind, cooling a slim laptop with high-end specifications isn't easy. That said, Alienware's cooling solution on the m15 is impressive, to say the least. Although the notebook runs really hot, where you will see some thermal throttling; it doesn't throttle to a point where you cannot utilise the full potential of the high-end hardware inside. Drops in performance are marginal, to say the least. 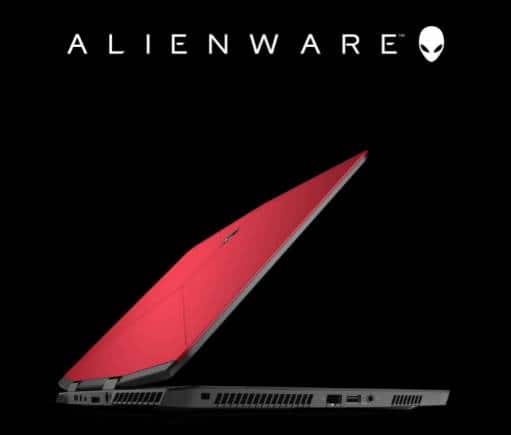 Alienware has optimised cooling for m16 utilising new Cryo-Tech 2.0 technology. According to Alienware, "Cryo-Tech v2.0 optimises component cooling and keeping the surface of the laptop cool to the touch, which maximises overall performance ensuring 100-percent of the system's GPU thermal design power is enabled while ensuring CPU-intensive games benefit as well with high-performance." This was something we found to be fairly accurate.

However, the inaccurate part was the one about keeping the surface of the laptop cool. The cooling system on the m15 can be found on the upper right area of the laptop, under the "W, A, S, D" keys, four of the most used gaming keys, which was a slight issue. The temperature on the machine while running Battlefield V on ultra-settings reached little over 45 degrees Celsius after an hour of playing, which was quite an inconvenience; luckily we had a separate keyboard on hand, but this isn't something you want to see in a device that costs a premium.

The m15 features a 15.6-inch FHD IPS panel with a 144Hz refresh rate and 300 nits peak brightness. The 144Hz refresh rate lets you take full advantage of the heavy-duty components under the hood. The anti-glare display offered accurate representation for 98-percent sRGB, making it a good option for creative professionals as well.

Overall, the screen on the m15 comes very close to perfect but manages to fall short due to the lack of G-Sync support. Then there are the bezels, the thin bezels on the side pretty much blend into the content on the screen, but the m15 has thick top and bottom bezels that look pretty dated. To be honest, the glossy borders around the display are a bit distracting and can be fingerprint magnets.

The Alienware m15 battery does a little to impress, giving us little under 5 hours of power for regular workloads using Chrome, Word and Excel. However, we didn't run any games at this time and set the system fan configuration to balanced. While gaming (Battlefield V) we saw drops in fps and about 1 hour and 12 minutes until the laptop died off. 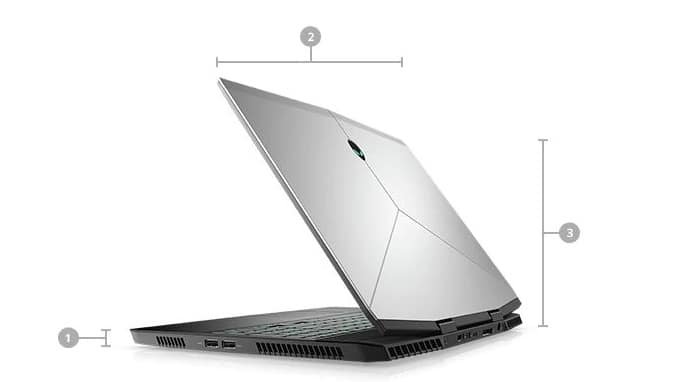 Gaming laptops aren't known for their battery life, and the Alienware m15 is no exception, but when you consider Alienware sacrificed G-sync support in favour of providing good battery life; you'd be right to expect more.

The speakers on this Alienware laptop are pretty decent. However, noise from the fans can reach well-over 50-decibels when running demanding workloads, drowning out some of the audio.

Dell sent us the top-of-the-line Alienware m15 model, which fetched a premium Rs 2,34,454 price tag. Considering you can find similarly configured laptops for little under Rs 30,000 less than the m15, we'd say that the price-to-performance ratio of this gaming laptop is a bit off the mark. But we haven't reviewed those devices just yet and performance of a laptop cannot be determined by simply looking at a spec sheet, which makes the m15 an almost decent value for money buy.

Speakers could be better

Parts of the keyboard surface do tend to get hot
Carlsen Martin
TAGS: #Alienware #gaming #Laptop #Technology
first published: May 4, 2019 11:46 am