Opinion | #NotJustMeToo: Including stakeholders in the corporate governance agenda

The #MeTooIndia movement has sparked off debate around corporate India’s tolerance for harassment and discriminatory behaviour. While the conversation surrounding sexual harassment in the workplace has taken centre stage, it raises a broader question: do companies involve their stakeholders (employees being just one of the many stakeholders) in their corporate governance agenda?

One of the six G20 / OECD Principles of Corporate Governance  is The role of stakeholders in corporate governance: this principle encourages active co-operation between corporations and stakeholders and underlines the importance of recognising the rights of stakeholders established by law or through mutual agreements. It also supports stakeholders’ access to information on a timely and regular basis and their rights to obtain redress for violations of their rights.

Indian regulations too have recognised the role of stakeholders and have mandated companies to have a board level Stakeholder Relationship Committee (SRC). Its composition must include at least three members, and its Chairperson must be a non-executive director. This is no longer the Investor Grievance Committee that largely dealt with share transfers and non-receipt of dividends. The SRC’s mandate is significantly broader – it expands the remit from investors to a larger set of stakeholders. The Kotak Committee takes the role of the SRC a step further and encourages it to meeting with key stakeholders – both lenders and investors.

Given that the SRC is a mandated board committee, companies have one. Yet, in several companies, the charter of the SRC is relatively vague and the committee does an annual perfunctory meeting. This is a loss for both the company and its stakeholders. A common complaint of foreign institutional investors is that they don’t have access to the board – they often meet management, but are unable to access the board to address broader issues of corporate governance. Infosys, on the other hand, in its FY18 corporate governance report disclosed that the stakeholders relationship committee had initiated a shareholder consultation process to obtain feedback on their corporate governance practices in relation to Board composition, executive compensation structure and capital allocation policy. The process involved interaction with a cross section of investors, including direct interaction with institutional investors and telephonic interviews with others. Granted that this has been a fallout of the contentious debate it had with one of its promoters in 2017 – but it has nudged Infosys’ board to take a step further in engaging with its stakeholders. 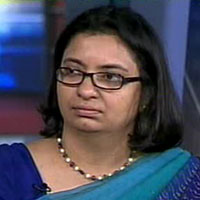 Involving stakeholders in the corporate governance agenda is not limited to the SRC. It is an all-pervasive corporate culture that requires companies to think beyond regulatory requirements. Maruti was one of the first companies in India to recognize the need to integrate its supply chain – and therefore, was instrumental in developing the auto-component industry in India. Its suppliers are intrinsically integrated into the manufacturing operations. Today, an integrated supply chain is an accepted phenomenon. The question today is whether the supply chain, and all other stakeholders, are integrated into the company’s corporate governance agenda.

Regulations demand that companies must have a POSH (prevention of sexual harassment) policy and listed companies do have one. Yet, the websites of more than half of the NIFTY 50 companies do not carry this policy. One might think that this is a quick fix, or that this is an operational matter, but that may perhaps be a simple dismissal of an important issue. If companies do not have its POSH policy easily accessible and publicly available, how do external stakeholders raise concerns against harassment by the company’s employees? At the same time, the company’s stance towards external stakeholders’ harassment actions must also be publicly available. One of the reasons for the success of the US-based #MeToo movement and the #MeTooIndia movement is that employers reacted sharply to the allegations. Its not about legal recourse, but about the corporate stance, and therefore its reaction to egregious behaviour that will bring about quicker change. With this larger picture in mind, shouldn’t companies check if their supply chain partners (suppliers, dealers, large customers) too have implemented a POSH policy in its intended form?

A related issue for companies is having a code of conduct. The code of conduct sets the tone for both employee and corporate behaviour. The Tata Code of Conduct is one of the most comprehensive ones in Corporate India. While companies may have created their own codes of conduct, these are not always publicly disclosed. In 15 of the NIFTY 50 companies, the publicly disclosed codes of conduct are either limited to board members and senior management, or are not disclosed at all. This limits internal, external and future stakeholders from a clear understanding of the company’s fundamental value systems.

From Enron to ICICI Bank, whistle-blowers have been instrumental in bringing about significant change. Yet, in seven of the NIFTY 50 companies, the whistle-blower policy is not publicly accessible, or what is disclosed isn’t really meaningful;  in another 23 of the NIFTY 50 companies, the whistle-blower policies apply only to employees and do not extend to external stakeholders. In extending the policy to external shareholders, companies open themselves up to feedback about their practices and employees to a wider audience. Some companies like understand this. For example, Wipro has disclosed a Global Ombuds Process detailing the process and circumstances under which all stakeholders can raise concerns. Wipro has also provided a website that allows multiple methods for stakeholders to register complaints.

A company has several stakeholders and not all of them are fluent in English. While companies would have their internal training in local languages, they must consider publishing some of their important policies – POSH, whistle-blower – in either the national language or the local language. The public sector has recognized this and publishes all its documents in both English and Hindi. Minda Industries Limited (an S&P BSE 500 constituent) has, on its website, a whistle-blower policy in three languages – English, Hindi and Japanese – to match its different constituencies. This shows a different degree of thoughtfulness and seriousness of intent.

A walk-out by employees prompted Sundar Pichai to say that Google cannot be run by referendum. That being so, while companies develop an ecosystem to operate, they must now consider involving this ecosystem in their corporate governance agenda.