Upcoming Webinar:Innovate Your Future at India Inc. on the Move on August 26 and 27, 2021 at 10am, with Rockwell Automation
you are here: HomeNewsCricket

WTC Final | India vs New Zealand: A quick guide to bring you up to speed

WTC Final: The India vs New Zealand finale is the culmination of the two-year-long inaugural ICC World Test Championship, meant to add context to Test cricket.

India will take on New Zealand in the ICC World Test Championship Final starting on June 18 at the Rose Bowl stadium in Southampton, United Kingdom.

The finale is the culmination of the two-year-long inaugural Test championship organised by the International Cricket Council (ICC). WTC was launched to try and add context to Test cricket.

Team India and the Kiwis will be fighting it out over the weekend to lift the first-ever Test championship title – along with $1.6 million in prize money and the iconic Test Mace. The losing team will get $800,000 for finishing second in the nine-team competition.

The two sides will split the total prize money of $2.4 million in the event of a draw.

The teams’ journey so far

The Indian team defeated West Indies 2-0 in the Caribbean, South Africa 3-0 and Bangladesh 2-0 at home, lost to New Zealand 2-0 away before the pandemic. India then defeated Australia down under 2-1 and England 3-1 at home earlier this year.

On the other hand, New Zealand drew against Sri Lanka 1-1 away, lost to Australia 0-3 away before defeating India 2-0 at home. After the pandemic, the Kiwis won against West Indies and Pakistan 2-0 each at home.

India topped the WTC table with 72.2 PCT (percentage of points won out of points contested) after collecting 520 points. New Zealand finished second with 70 PCT at 420 points, ahead of England, who secured more points (442) but had a lower PCT (61.4).

It was only recently that New Zealand toppled India as the world’s top-ranked Test team on the ICC ranking. But the two sides are separated by just two rating points.

This is the first ICC event final since the 2019 Cricket World Cup’s finale in which hosts England beat Williamson-led Kiwis “by the barest of margins,” as cricketer-turned-commentator Ian Smith described it. That was the closest New Zealand have ever been to winning an ICC event.

This final is another opportunity for Williamson’s side to finally win some top silverware.

Kohli has a 60 percent win record as a Test captain (68 percent in ODIs and 64.4 percent in T20Is). But he still hasn’t captained the side to an ICC championship title since taking over from MS Dhoni in each format year ago. Under Kohli’s captaincy, India lost the 2017 Champions Trophy final to Pakistan and the 2019 world cup semi-final to New Zealand.

In fact, India has not won an ICC event since the 2013 Champions Trophy.

Read | WTC final not a true reflection of how good a team is: Aakash Chopra 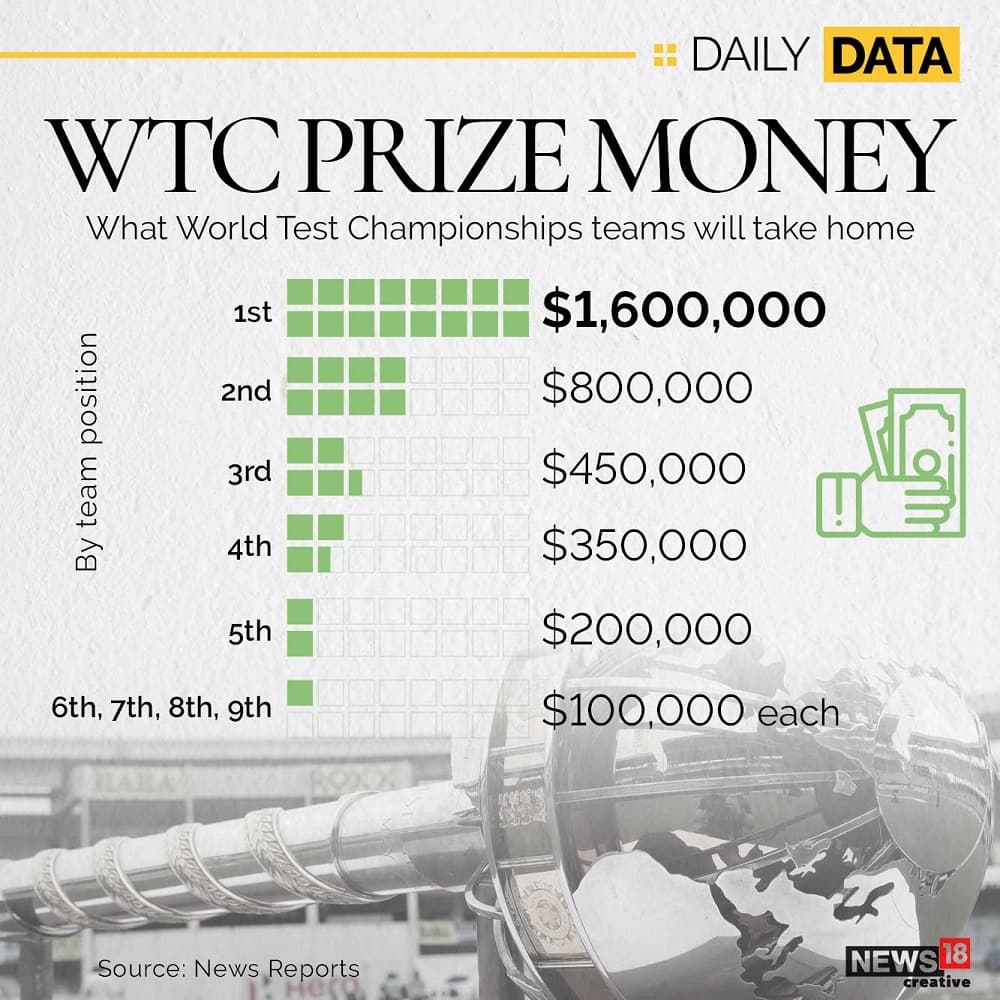 Some rainfall is forecast on June 18 (Friday) and June 20-22 (Saturday to Tuesday). That’s days 1 and 3-5 of the Test. This could change. The English summer temperature during the match is forecast to be around 20 degrees Celsius though.

Simon Lee, the head groundsman at Rose Bowl, told ESPN Cricinfo that he is trying to have “some pace, bounce and carry” in the pitch.

Lee told the cricket news platform that he believes spin has the potential to become a key factor too, if the conditions remain mostly dry and the match extends to the final two days.

Where to watch and timings

Star Sports will broadcast the match on seven of its channels, including feeds with commentary in Hindi, Telugu, Tamil and Kannada, besides English.

Disney+ Hotstar holds the digital streaming rights for broadcast in India. However, match clips will be available on Facebook and ICC’s website and app. Read more about this and check the broadcaster list for other countries here.

The final will begin at 3.30 pm Indian Standard Time (11 am local time). While the match is scheduled for June 18-22, June 23 has been set aside as the Reserve Day.

The reserve day will only be used if any time lost during regulation play on each day is not made up on the same day. It will comprise a maximum of 330 minutes or 83 overs plus the actual last hour.

An Indian side captained by Shikhar Dhawan will head to Sri Lanka for a three One Day Internationals (ODIs) and Twenty20 Internationals each. The kohli-led Indian side will return to England after that for the five-Test Pataudi Trophy series in August.

This will be followed by the remainder of the 2021 Indian Premier League (IPL) edition in September-October, before the ICC Twenty20 World Cup.