Upcoming Event:Join us for New HorAIzon from Oct 6-7, 2pm and be a part of exciting conversations on tech & innovation
you are here: HomeNewsTrendsSports

Former Indian captain and legendary batsman Sachin Tendulkar weighs in on the WTC final, and talks about making his own practice arrangements in New Zealand in 2009.

Sachin Tendulkar said that when practice opportunities are not available, there are only two options left: 'One is to sit and complain, the other is to figure out what you could do mentally and study the opposition.'

Blood and cricket coexist in Indian veins. On June 14, 2021, Sachin Tendulkar spoke about both. First, he donated blood on the occasion of World Blood Donor Day, urging citizens to do the same. Later on, he shared his views on the World Test Championship (WTC) final between India and New Zealand, to be played in Southampton from June 18.

Tendulkar, the game’s highest-scorer in Tests and One-Day Internationals (ODIs), said that India had the edge in the batting and spin departments. In the fast-bowling category, both teams were balanced.

“I wouldn’t say any team is stronger. If at all, our batting looks possibly stronger than their batting. We’ve got better spinners, I’d say,” Tendulkar told Moneycontrol.

“When it comes to fast bowling, it is pretty much balanced. Someone like Tim Southee has played as much as Ishant Sharma. If you look at Trent Boult, then Mohammed Shami has played about as many number of games. With (Jasprit) Bumrah and Shardul (Thakur) and (Mohammed) Siraj, they are very much like (Kyle) Jamieson and (Neil) Wagner.”

There has been a lot of discussion over who India’s spinner should be, Ravindra Jadeja or R. Ashwin. Or should both of them play? Asked what yardstick he’d base his selection on, Tendulkar said, “One would want to look at the surface before taking a call. Whatever the curator (Simon Lee) has said so far, whatever I have heard, is that the wicket will have pace and bounce too.”

“The beauty of the Indian squad is that both spinners can bat, can give you those invaluable runs at the end of the innings,” Tendulkar said. “Shardul too got runs in Australia. We have guys who can walk in at no. 8 and get into partnerships. So the options are open.”

India are going into the Test with no real match practice. Asked how he’d have prepared for the game in such a situation, Tendulkar agreed it would have been difficult. But he said he would have made the most of the practice opportunities available, prepared mentally and analysed the opposition.

He also gave an example from 2009, when he took the initiative to make his own practice arrangements during a tour of New Zealand. The series comprised T20s, ODIs and Test matches, in that order. Tendulkar was not part of the T20 side, but requested then coach Gary Kirsten and the Board of Control for Cricket in India (BCCI) to let him fly with the team, assuring them that he would not disturb their net sessions and do his preparation by himself.

“There are two options (when practice opportunities are not available). One is to sit and complain, the other is to figure out what you could do mentally and study the opposition. I would have tried to do so (in a schedule like the WTC),” Tendulkar said.

“I remember when we went to New Zealand in 2008/9. I wasn’t a part of the T20 matches. So I had asked Gary if I could join the team. I said that I’d practice separately, I won’t interfere with the T20 practice. I just need one bowling machine and one guy to throw balls. We did that. I was practicing on my own six or seven days. That was the best I could do there.” 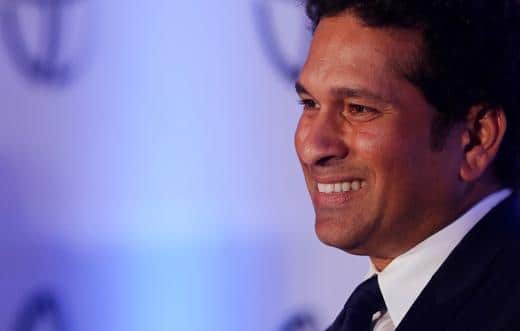