Myntra will become one of the first major ecommerce platforms in the country to adopt the live shopping model, which has seen significant success in China.

With this launch, Myntra will become one of the first major ecommerce platforms in the country to adopt the live shopping model, which has seen significant success in China through players such as Alibaba’s Taobao Live, Bytedance’s Douyin and Kuaishou.

At launch, M-Live allows influencers and experts to host live video sessions of various fashion and beauty products and styling concepts curated by them, on the Myntra app, enabling viewers to shop instantly from the live stream, thereby facilitating a real- time engagement between consumers and brands. 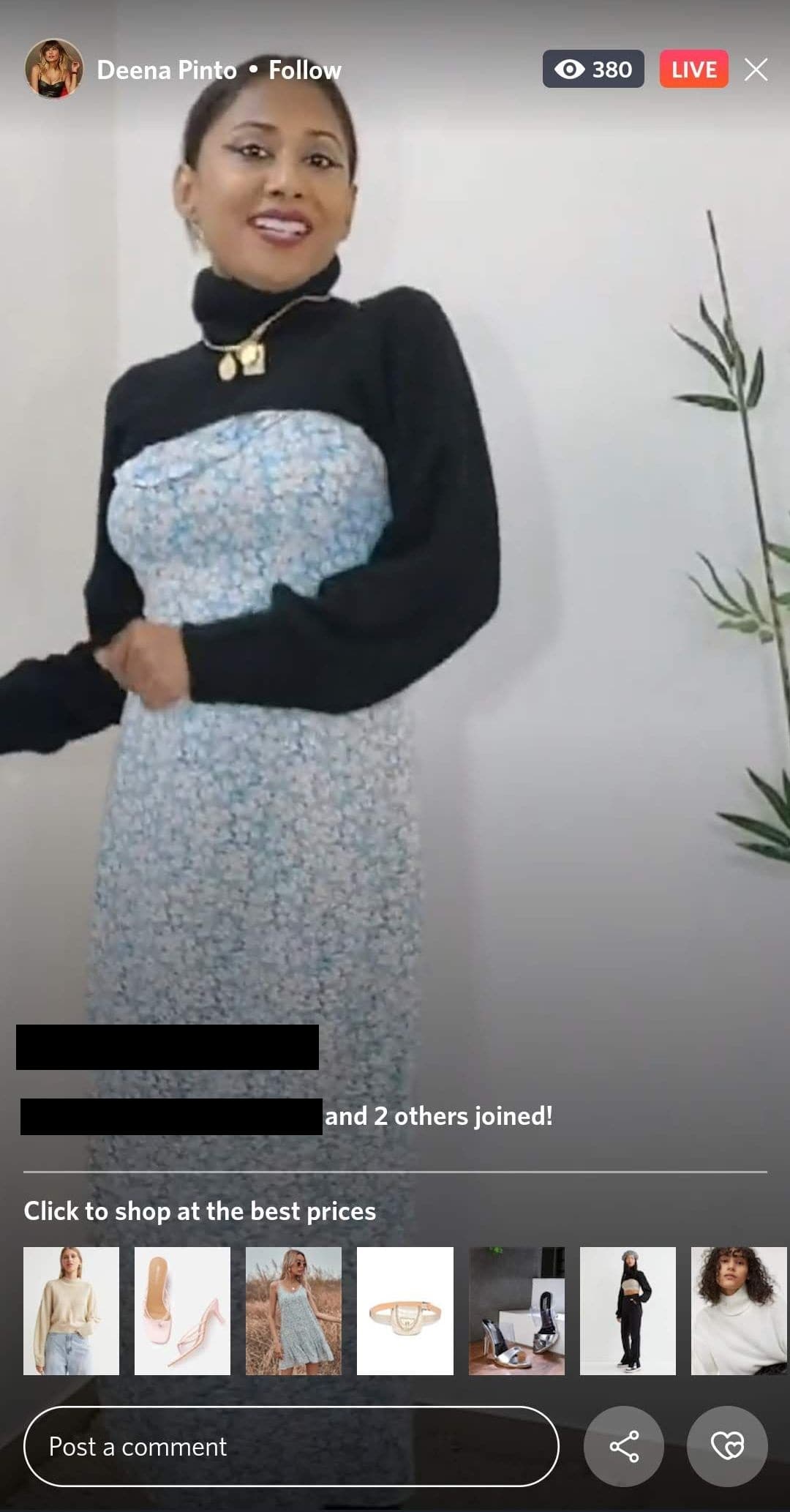 Users can enter these live events through the Studio section of the Myntra app, which are quite similar to Instagram Live sessions. One can post questions, share their feedback, see other comments and also follow the creator hosting the livestream.

What’s different is a dedicated product tray at the bottom of the screen which would display all the products that are being showcased by the influencer. One can tap on any product to add it to their wishlist or purchase them by placing orders without leaving the livestream. Myntra’s chief product officer and SVP Lalitha Ramani told Moneycontrol that they developed this platform from the ground up and it can support upto 70,000 concurrent users right now.

“We built it from scratch because the fashion and the beauty accuracy is very important to us whether it is the color representation or the glass-to-glass latency,” said Ramani. “If I ask a question to the host on whether a specific product will work for acne skin or sensitive skin, the person should be able to answer it in real time. We have been able to bring it down to about 10-14 seconds,” she adds.

Building the platform in-house also provides an extensibility to expand to various other use cases such as one on one stylist advice, or talk shows with several hosts, Ramani said. Myntra currently offers a separate app for influencers to host their live streams.

These live sessions are monitored by Myntra, and Ramani said they plan to expand the company’s moderation capabilities using artificial intelligence (AI) and machine learning (ML) in the future.

“Commissions are something we will move towards in the coming year. We are also exploring what works best for the creators and their best interests at this stage since the phenomenon is still very new,” Setia said.

Myntra plans to churn out close to 1,000 hours of live video content per month in the near future. It will be a key component of Myntra’s broader social commerce charter, which is currently housed under Myntra Studio.

“Social commerce is becoming an integral part of how people shop on Myntra. As we move forward, we see this as a significant contributor to the overall Myntra proposition,” Setia said. He added that they are still exploring the other models of social commerce including reseller model and group-buying model.

He said about 20% of Myntra’s monthly active users currently engage with social commerce initiatives and they expect this number to go up to 50-60% of the fashion e-tailer’s user base in the next 3-4 years.

Social Commerce is seeing significant traction in India with players like Meesho, Mall91, Shop101 and Dealshare making inroads in smaller cities and towns.

Social commerce is set to become a $7-billion opportunity by 2025 and is expected to contribute upto 5% of the total e-commerce GMV by CY 2025, according to a report by market research firm RedSeer Consulting.