IRB Infrastructure happens to be our top idea in the sector

Every five years, just before general elections, construction stocks typically take a breather. But if we ignore these short-term gyrations, periods like this have been opportune for investors. In February 2014, just before the general elections in May, the Nifty Infrastructure index was hovering at around 2,270 levels, which shot up 52 percent post-elections to 3,448 in July 2014.

During the worst phase in 2009 and 2014, the sector had quoted at valuations of about 6-8 times their trailing earnings and nearly 0.5-0.8 time book value. At about 10 times earnings and 1.5 times book while valuations are far from stressed, a lot of risks including political uncertainty and pressure on the balance sheet as a result of liquidity crunch are already priced in.

Moreover, after the recent outcome of the state elections in favour of opposition parties, the market has started factoring in different possibilities. A coalition government or a complete change in government at the Centre could result in heightened volatility and construction stocks too could correct further. Barring a prolonged correction, led by extreme uncertainty, some construction stocks offer a strong buying opportunity. The NSE Infrastructure index has again fallen to 3,217 levels or around levels last seen after the general elections in 2014. Many construction stocks have fallen, particularly in the road construction space, which may not be warranted considering the opportunities and inherent advantages that some of these businesses have. 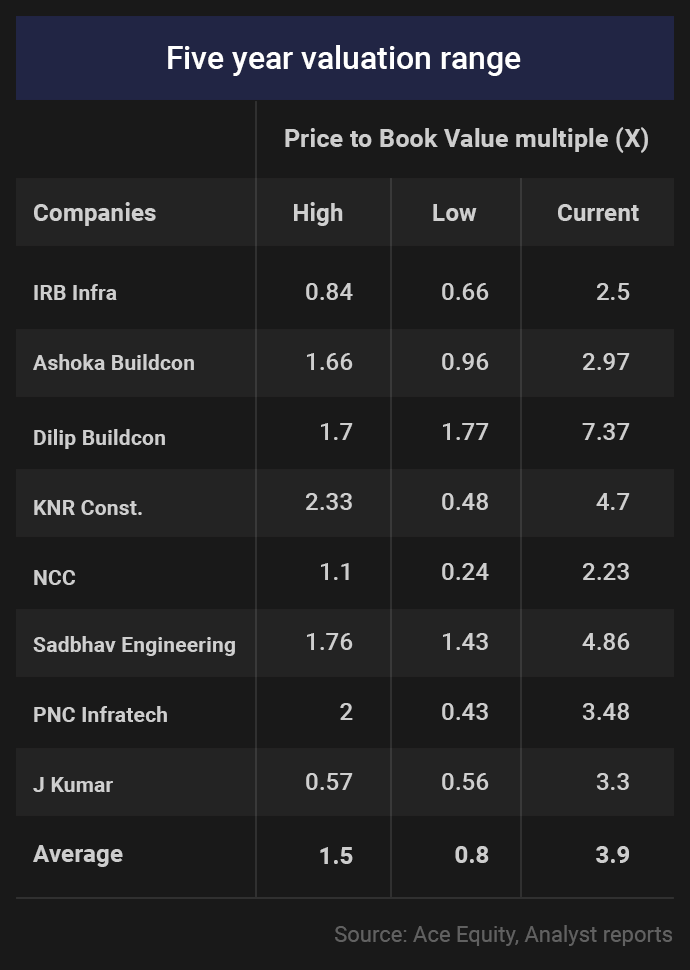 What is bugging the sector?
Recently, the market has started worrying about liquidity as well as a slowing of project awarding activities. Project awards saw a slowdown in April-October 2018. Targets set by National Highway Authority of India (NHAI) and Ministry of Road Transport & Highways (MORTH) for FY19 look ambitious and CARE Ratings expects project awards of 5,000 km by NHAI as against 7,400 km for FY18.

The report further stressed on the difficulties faced on account of achieving financial closure of hybrid annuity model (HAM) projects awarded in FY18, reduced bidding appetite of developers due to their large order book, limited contracting capacity and increase in the cost of land acquisition.

Key to survival: Strong balance sheet
While these concerns are valid, operators having reasonable financial resources and strong balance sheets would be able to take advantage of the market as competition eases.

It is widely feared that the non-banking financial company (NBFC) and banking crisis would put pressure on liquidity and thus tighten credit norms hitting the construction sector both in terms of their ratings and their ability to procure and service borrowed funds. However, companies such as IRB Infrastructure Developers and Dilip Buildcon who have monetised their assets and strengthened their balance sheet would see good opportunities. Despite robust execution, balance sheet strength and strong order book some of these stocks are available at historic low valuations.

IRB Infrastructure Developers also happens to be our top idea in the sector, considering that the company has a strong execution track record with a strong balance sheet, led by recent divestment of build-operate-transfer (BOT) assets to a separate company. Considering that there are many imponderables, it would be prudent to stick with established players that have low debt and stable cash flows. One other company that fits these criteria is KNR Constructions, whose debt-to -equity ratio is about 0.2 times.

The company earns a return on equity (RoE) of about 26 percent, one of the best in the industry. The business remained solid in most of the past cycles because of its prudent balance sheet management. While markets worry about its growth, the divestment of its HAM project at about 1.5 times book value will provide additional funds, thus allowing the company to execute its order book faster. It is sitting on an order book of close to Rs 6,000 crore, or three times its annual sales, which is good enough to provide revenue and strong earnings visibility for the next two years.

Strong orders in hand
In FY18, the government and NHAI had awarded the highest number of road construction projects totalling about 17,000 km. This helped most companies to shore up their outstanding order book to almost 3-3.5 times sales, the highest in recent history. It also means that if in the interim period should inflows remain low, companies would focus on execution and convert some of these orders to revenue to drive growth. 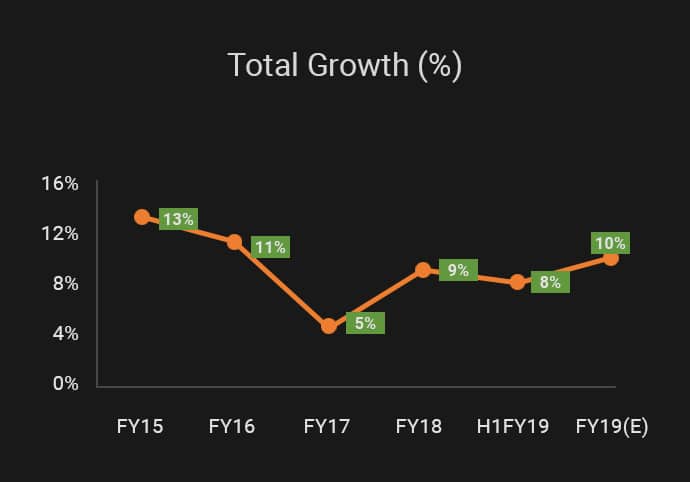 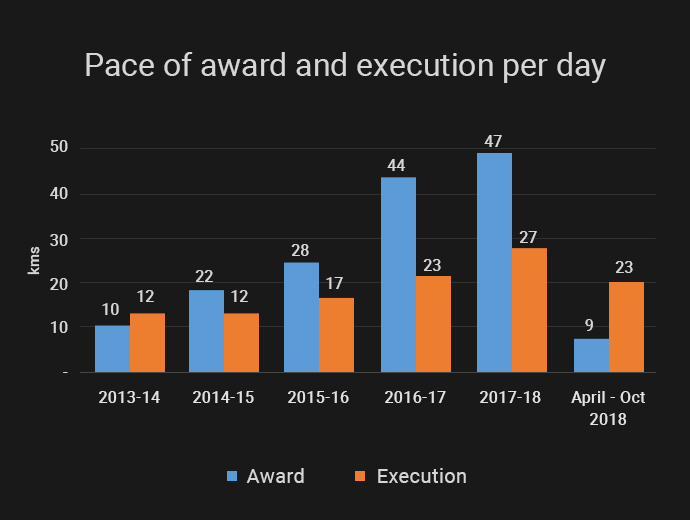 Strong earnings visibilityWhile earnings might slow in the second half of the current fiscal, most of these firms are expected to deliver double-digit earnings growth over the next two years backed by a strong order book. The near-term hiccups stem from slow execution this fiscal.

As against the execution target of 45 km a day, industry now hopes to close the year at about 32 km a day, which is still better than the 27 km a day achieved in FY17. Since the growth trajectory and revenue visibility remain strong, it would be worth considering some of these stocks at a time when the Street is excessively worried about short term issues.

Note: This article was originally published on February 4 for our premium subscribers. After this, the stocks have moved up marginally and thus the valuation data shown in the graphics is only for the information purpose and needs to be adjusted in the current context