Users in India can now appear as their virtual self through stickers, feed posts, and Facebook profile pictures across Meta's family of apps

Meta on May 24 announced that it is bringing 3D avatars to Instagram Stories and direct messages and rolling out updated avatars to Facebook and Messenger in India, as the company takes another step toward its long-term vision of building the metaverse.

Meta co-founder Mark Zuckerberg expects the metaverse, which is essentially a more immersive version of the internet as we know it today, to be the successor of the mobile internet.

Starting today, users in India can appear as their virtual selves through stickers, feed posts, and Facebook profile pictures across Meta's family of apps including its virtual reality (VR) platform.

This rollout comes nearly five months after Meta had rolled out 3D avatars for Instagram in the United States, Canada, and Mexico in January this year. Meta first introduced avatars on Facebook in May 2020, allowing users to create a virtual version of themselves as stickers.

"Representations in the metaverse should reflect the diversity of the real world. Avatars are just the first step toward enabling everyone to express themselves in their unique ways. When you create your avatar you can choose the right facial features, body types, clothing styles, and more to create your virtual self" said Manish Chopra, Director and Head Partnerships, India at Meta.

"We offered more than one quintillion different combinations when we launched our updated avatars last year, and we're continuing to add more options to give people even more ways to express themselves," Chopra added.

The updated avatars include new facial shapes and assistive devices for people with disabilities like cochlear implants and over-the-ear hearing aids (for single or both ears) in a range of colors. It will also include wheelchairs that will appear in stickers on Facebook, in Messenger chats, and in Instagram direct messages, the company said.

Meta mentioned that it has also improved the look of these avatars through subtle adjustments to certain facial shapes and skin shaders to make avatars more authentic. 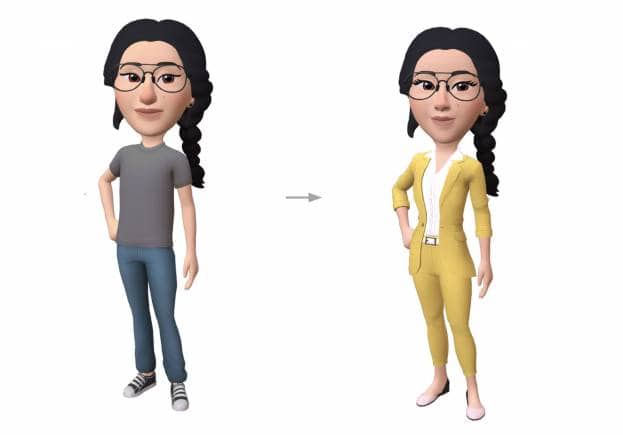 Metaverse is a key priority for Mark Zuckerberg, so much so that the social media firm changed its corporate name to Meta and plans to spend at least $10 billion on building this platform.

India, which has been a vital testing ground for several of Meta's (formerly Facebook) products and features, could play a similar role in shaping its efforts in building the metaverse, Vishal Shah, the firm's head of Metaverse products had said in December last year.