Trade Spotlight | What should you do with CG Power and Industrial Solutions, Rain Industries, Mahindra CIE Automotive on Monday?

The market bounced back after a day of sharp correction and gained half a percent on January 13, backed by banking and financial services, metal, auto, and technology stocks.

Stocks that were in action and performed better than broader markets included Rain Industries which was the second largest gainer in the futures and options segment, rising 4 percent to Rs 184 and formed a robust bullish candle which resembles bullish engulfing kind of pattern formation on the daily charts with strong volumes.

In fact it has given a decisive breakout after consolidation seen within the Mother Candle formed on January 2. The stock also broke out long downward sloping resistance trend line adjoining January 14, 2022 and December 5, 2022. Further it has given a strong closing above 200 DEMA (day exponential moving average - Rs 178.24) and gradually during the week, it also moved back above 50 DEMA (Rs 175.41) as well as 100 DEMA (Rs 175.45), indicating positive mood.

CG Power and Industrial Solutions rallied 4.6 percent to end at record closing high of Rs 308.55 and formed long bullish candle on the daily charts with healthy volumes, making higher high higher low formation for fifth consecutive session. The stock on January 9, 2023 has seen a healthy breakout of short term downward sloping resistance trend line adjoining December 14, 2022 and January 4, 2023 with big bullish candle and since then it has been in an uptrend barring one weak session.

The stock is in strong uptrend across all the time frame forming a series of higher tops indicating strong up trend. With last week gains, the stock has decisively broken out its multi-week resistance zone of Rs 288 level on a closing basis. This breakout is accompanied with huge volumes indicating increased participation.

Investors should buy, hold and accumulate this stock with an expected upside of Rs 325-337, with downside support zone of Rs 290-285 levels.

With Friday's up move, the stock has confirmed a "down-sloping" trendline breakout at Rs 180 level on a closing basis indicating positive bias. This buying momentum has been observed from its 20, 50, 100 and 200 day SMA which reconfirm the support zone.

This breakout is accompanied with huge volumes which signals increased participation. The daily and weekly strength indicator RSI remains in positive terrain which supports upside momentum.

Investors should buy, hold and accumulate this stock with an expected upside of Rs 190-200, with downside support zone of Rs 175-170 levels. The stock is in a strong up trend forming a series of higher tops and bottoms across all the time frames representing bullish sentiments. On the weekly and monthly time frame, the stock has confirmed "multiple resistance" zone breakout at Rs 318 on a closing basis.

This breakout is backed by rising volumes which signals increased participation in a rally. The daily and weekly strength indicator RSI remains in positive terrain which supports upside momentum. The weekly and monthly "band Bollinger" buy signals show increased momentum.

Investors should buy, hold and accumulate this stock with an expected upside of Rs 400-415, with downside support zone of Rs 355-335 levels. 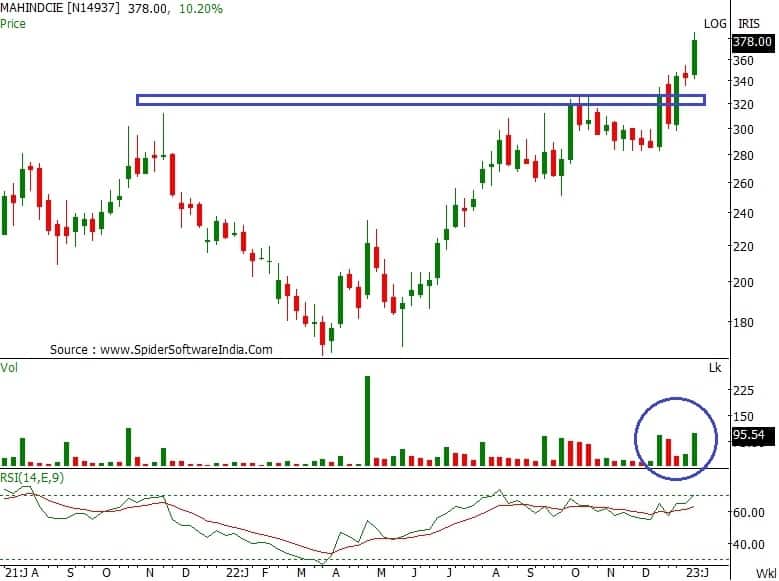 Bill Gates is dating widow of former Oracle CEO. All about Paula Hurd