Podcast | Stock picks of the day: Nifty likely to trade in a range; 11480 crucial support

We continue to remain focused on selective opportunities only for long-position with favourable earnings, and expect a rangebound target on a weekly basis at 11800 levels on upside and 11480 levels on the downside.

The Indian equity market were volatile during F&O expiry-week after hitting record-high levels, but it failed to sustain the upward momentum and slipped below its psychological level on a closing basis on April 25.

The US government's move to eliminate sanctions waiver on Iran oil imports (countries) and subsequent rally in the crude oil price to a high of $75/bbl odd levels dented the market sentiment negatively.

Weakness in the rupee against the dollar coupled with mixed Q4 earnings led to sideways session. 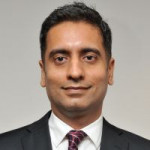 During the week under review, Nifty slipped below its psychological level of 11,700 levels on a closing basis. Despite making a weekly high of 11,796 levels, it failed to sustain and made a weekly low of 11,564.

Nifty formed a bearish candlestick pattern on both weekly as well as on daily price chart led by selling regime in late trade.

However, the momentum indicator continued to signal a positive divergence with its weekly RSI at 64 odd levels and MACD continued to trade above its signal line.

The weekly resistance for the index is now seen at 11,800 levels while support is placed at 11,500-odd levels. The Indian equity market is expected to remain largely in sideways within a rangebound level with positive bias as it continues to sustain above the important support level of 11,500 levels.

We continue to remain focused on selective opportunities only for long-position with favourable earnings and expect a rangebound target on a weekly basis at 11,800 levels on upside and 11,480 levels on the downside.

Here are top three stocks that could give 3-5% return in next 1 month:

Wipro continued to trade in a positive trajectory for the four straight sessions despite weak market breadth. The stock managed to break out from earlier swing-high of Rs 292 odd level to make a fresh 52-week high of Rs 295.85 levels.

The scrip made a healthy correction from earlier swing-high to low of Rs 253 odd levels and remained in sideways direction for about month.

The momentum indicator also outlined a positive divergence in price with weekly RSI at 67 odd levels coupled with MACD making bullish crossover last week to trade above its Signal-Line on the daily scale.

UPL continued to trade in a positive trajectory and has been forming higher-high and higher-low consistently on a daily scale. The scrip formed a new 52-weeks high of Rs 973.90 levels in the current session and managed to break out from a previous high of Rs 962 odd levels on a closing basis, and thus, indicating its upward strengthen.

The momentum indicator outlined a positive divergence in price with weekly RSI at 73 odd levels and MACD trading above its Signal-Line.

Tata Steel continued to trade in a negative trajectory for about six straight sessions and slipped below its crucial support of 200-days moving average placed at Rs 530 odd levels, and currently trades below all the moving average level.

Despite remaining in positive trajectory for about two months after making low of Rs 441 levels, the scrip witnessed continues fall from the higher price of Rs 560 odd levels.

The scrip formed ‘long’ bearish candlestick pattern on the weekly chart indicating a persistent selling pressure and formed a bearish pattern on the daily scale for consecutive sessions.

The momentum indicator continued to outline a weak trend with RSI at 41 odd levels coupled with MACD likely to trade below its Signal-Line.

(The author is Founder & CEO, 5nance.com)