Upcoming Webinar:Watch a panel of experts discuss: Challenges of continuously evolving regulation for Cryptocurrency, on 7th July at 3pm. Register Now
you are here: HomeNewsBusinessCryptocurrency

The digital currency is now up 30 percent from its March lows, outperforming the likes of S&P 500 (25 percent), Nifty (27 percent) as well as most other major markets.

The world's largest cryptocurrency, Bitcoin soared over 14 percent on April 30 reclaiming its pre-coronavirus bull run of 2020. 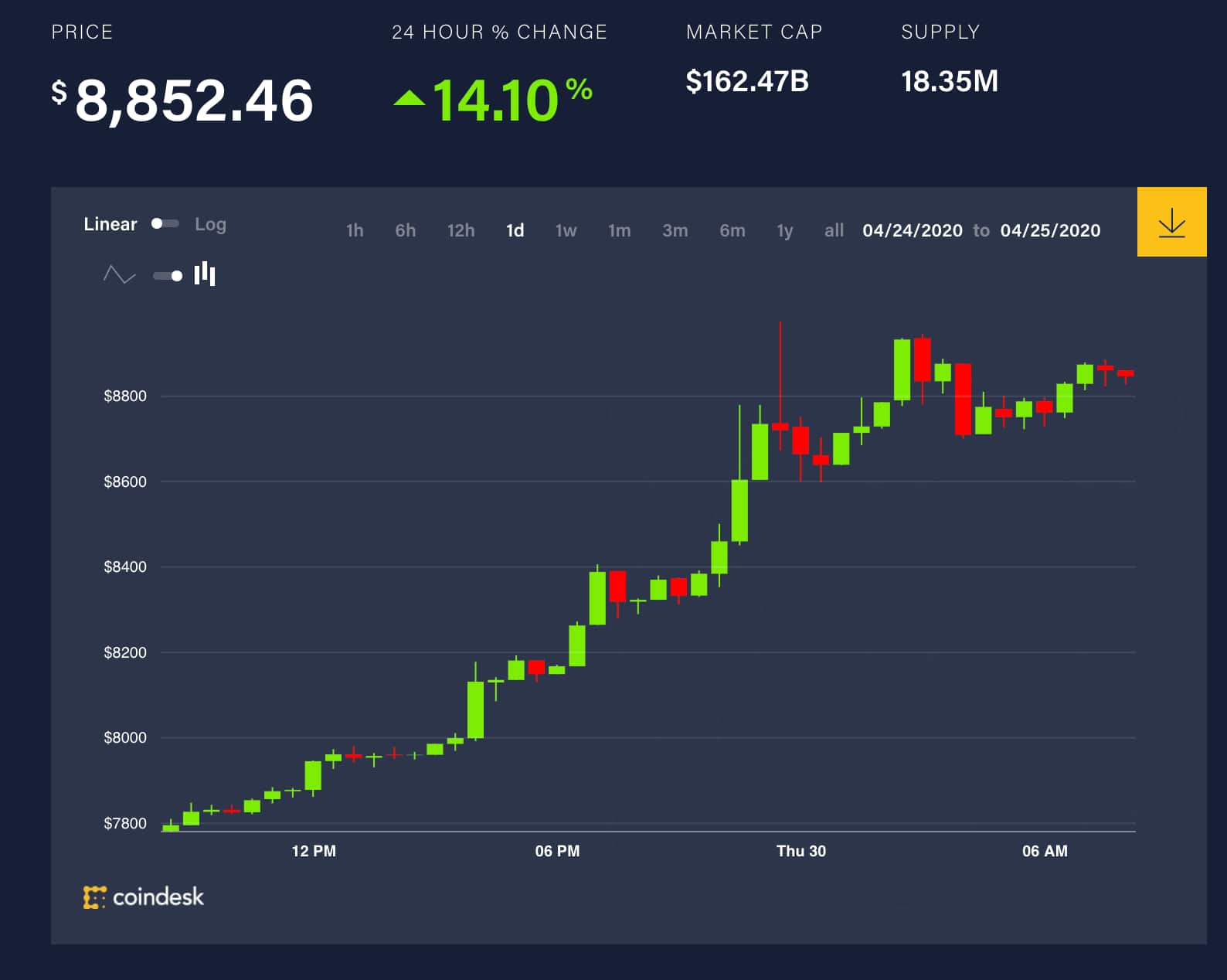 The digital currency is now up 30 percent from its March lows, outperforming the likes of S&P 500 (25 percent), Nifty (27 percent) as well as other major markets.

The turning of this resistance to support could see "further price action upside towards $9,300".

With the sharp surge, Bitcoin has reclaimed its position as the top rising asset class of 2020 once again, outperforming the likes of gold, crude, stocks as well as corporate bond.

Bitcoin was born in a financial crisis. It will come of age in this one. pic.twitter.com/Lw2Sn9RtR1

Is FOMO playing out?

The amount of new Bitcoin mined every 10 minutes or so will drop by 50 percent from May 12. Sharp price surges were seen in the past adjustments of 2012 and 2016, which could potentially mean that the Fear Of Missing Out (FOMO) could be playing out in the top digital currency.

This was also evident from the 21 percent rise in Bitcoin prices in the last five days.