"We are bullish on Eros International Media at current market price as we believe there is room for upside after robust Q4FY18 results. We recommend a buy with a target of Rs 180 by FY19 end," says Akash Jain, Vice President - Equity Research at Ajcon Global.

Eros International Media is a leading global company in the Indian film entertainment industry that acquires, co-produces and distributes Indian films across all available formats such as cinema, television and digital new media.

Eros International is part of Eros International Plc, which became the first Indian media company to raise capital and be listed on the New York Stock Exchange. The company has experience of over three decades in establishing a global platform for Indian cinema.

It has a competitive advantage through its extensive and growing movie library comprising of over 2,000 films, which include Hindi, Tamil, and other regional language films for home entertainment distribution. Eros International has built a dynamic business model by combining the release of new films every year with the exploitation of its film library.

The company has a diversified revenue mix. During FY18, theatrical revenues contributed 42.8 percent, overseas revenues 10.9 percent and television and others 46.3 percent of income from operations. 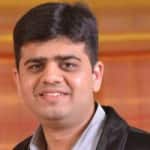 Eros’ investments are focused on enhancing its position as a premium content owner of Indian film and digital content while maintaining a conservative balance sheet.

The company’s capital structure and coverage ratios continue to remain well within the prescribed norms. The increase in net debt of the company from R 485 core in FY17 to Rs 556 crore in FY18 is a result of investments in its film content and growing slate of Eros Now originals.

Eros remains focused on its film pipeline, with 40 – 50 films across languages slated to release during this financial year.

With content slate and scale being a key driver, the company has also entered into the strategic content partnership with Reliance Industries to jointly produce and consolidate content across India. The Rs 1,000 crore joint venture adds significant scale to Eros’ pre existing slate while mitigating investment risks as it benefits by leveraging its robust distribution network.

RIL, through a subsidiary has also agreed to subscribe a 5 percent equity stake in its parent company, Eros International PLC at a price of USD 15 per share. The transaction is subject to customary regulatory and other approvals.

We are bullish on Eros International Media at current market price as we believe there is room for upside after robust Q4FY18 results. We recommend a buy with a target of Rs 180 by FY19 end.

Disclaimer: The author is Vice President - Equity Research, Ajcon Global. The views and investment tips expressed by investment expert on moneycontrol.com are his own and not that of the website or its management. Moneycontrol.com advises users to check with certified experts before taking any investment decisions.
Moneycontrol News
Tags: #Eros International Media #Stocks Views
first published: May 28, 2018 03:02 pm