Upcoming Webinar:Innovate Your Future at India Inc. on the Move on August 26 and 27, 2021 at 10am, with Rockwell Automation
you are here: HomeNewsTrends

Aditi Patil’s new book looks at how India’s gender and caste inequalities have led to an environmental crisis.

An honest dig at how our country operates at the grassroot level, Aditi’s new book Patriarchy and the Pangolin: A Field Guide to Indian Men and Other Species (Hachette India, Rs 399) aims to hold up a mirror to contemporary India. In between overarching facts and figures, the author presents bittersweet anecdotes carefully knitted with wit and satire.

Aditi, who has worked on diverse conservation projects with WWF India, Columbia University, and the Gujarat Forest Department, tells us about her invigorating journey as a researcher and her foray into mainstream writing.

What made you choose wildlife conservation as a career?

This wasn’t my first job. I finished school when India was going through an IT boom so I studied to become a computer engineer and joined Tata Consultancy Services (TCS) in Hyderabad. While I enjoyed both the city and the work, I would keep visiting animal rescue centres on weekends.

Thankfully, I found flatmates who shared my idiosyncrasies and there were more animals than people for around two years in our shared Jubilee Hills apartment. I gradually realised that this couldn’t go on forever so I quit TCS and enrolled into a post-graduate diploma in management in development studies.

It was an interdisciplinary course that allowed me to think in several directions, most importantly, how we define “development” and who gets to define it. Interesting internships during this journey led me to choose wildlife conservation as a career.

From WWF India to writing a book, what have been the key challenges in your journey?

It’s been a learning experience – a little about the world and more about myself. At WWF I worked on tiger conservation and with some of the poorest communities in the forests of Madhya Pradesh that live next to forests.

I experienced several overlapping socio-economic and environmental problems that people face on a daily basis. I could have continued living my whole life in cities not knowing these multiple realities of India – and that thought scared me, because a huge part of our population does that and votes based on that.

It’s a different kind of mental challenge to see and digest something as flimsy as identity politics of upper castes ruining the lives of marginalised Dalits. It’s also a challenge because I can’t solve it and that gets in the way of preparing for the larger environmental problems like climate change.

While writing this book, what are some of the things you expected to be harder than they actually were?

When I began writing this book, I transliterated my field experiences into stories (that are now chapters in the book) and emailed them only to Manya and a couple of other friends. But the idea of turning it into a book came much later when I had around eight or nine of these stories.

Those days, I was working full-time in New Delhi and I could only find the time to work on the book during the nights. Most part of the writing was easy as all of it is based on live experiences. The element of fun and humour was introduced into it by Manya (just by being herself).

But concluding the book was harder than I had actually imagined. Firstly, I could never make up my mind about which experience to include or leave out. And then, I kept thinking it still had scope for improvement and wasn’t perfect yet. My brilliant editor at Permanent Black, Rukun Advani, made these things easier by a huge margin.

You say that all of Indian society is oppressed by patriarchy, not just women. Do you think things are changing for the better for everyone in these times as more women are speaking up?

Yes, things are changing. With platforms like yours and several others, women are finding the space to be heard. It’s the people who may not have this digital or physical space – the people who remain marginalised because of multiple caste, class, ethnic, gender divides, who are somehow tied to a sense of masculine or patriarchal power – that worry me. 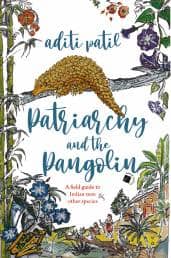 The internet has made calling out oppressors easier but this needs to be backed by a strong judicial system on the ground that ensures it doesn’t repeat. Our courts are not very accessible to people especially at district levels and the hassle is an extreme test of patience and resources.

It is heart-warming to see the youth unite for causes on social media like protecting the Mollem forest in Goa or more recently for the ongoing farmer protests. But at the same time, you have to be careful about what is peddled as “news”.

I strongly believe in women’s leadership and in the likes of Savitribai Phule, who is greatly responsible for my grandmother’s generation getting educated. But I also fear the kind of leadership that a woman like Pragya Thakur can generate and translate into violence.

So while things are changing, it is important to know that we are living through times that demand us to develop independent and critical thinking now more than ever.

A part of this book speaks of how disappointed you are as a citizen of India. What changes do you hope to see? And, what is likely your role in it?

It may sound in the book as if I am disappointed as a citizen but that is only because I know how great the country is and how enterprising its people are. A huge population of our people deserve better such as indigenous tribes, Dalits, marginalised women, minority communities – the list is longer.

It is easy to look away from all of these issues for a socially and financially privileged person. I am choosing not to look away and I’d like to think of that as my pro-activeness about getting some of the above changes done in my lifetime.

In my observation, two things work in our country’s favour – its democratic spirit, and the little remaining spine of India’s civil society. As a researcher, my role is to investigate and gather facts about a topic, analyse them and contribute to an actionable set of recommendations for policy-makers working on it.

If you had to give our readers three reasons to read your book, what would you say?

One, anybody who’s interested in the interconnectedness of social, economic and environmental problems, from micro to macro level in the country should read the book.

Two, readers may agree or disagree with my opinions but I promise there’s not one dull moment, and a bonus for those who find birds and animals to be fascinating fellow passengers on Earth.

Three, read it to know my amazing friend Manya. She is someone who, upon sighting honeybees, recites Harivansh Rai Bachchan’s epic poem Madhushala to them!