The noticeable comfort level that Deepika Padukone and Siddhant Chaturvedi share in their upcoming film Gehraiyaan has already become a talking point with those who have watched the trailer. Shakun Batra’s film, which will release on Amazon Prime Video, on February 11 has credited India-based Ukranian director Dar Gai as the intimacy director on their project.

In an interview, Dar explained her role in the process of filmmaking and her experience of working with the actors in this movie:

What is the role of an intimacy director?

It depends on the project and the kind of director you are collaborating with because different directors have different demands from the intimacy directors. They are required when you have a complex, modern story which requires you to show intricacies of relationships, and here, you are dealing with slightly more complicated emotions and physical scenes.

An intimacy director is like a conductor of an orchestra. We work using different theatre exercises and psychological exercises so that everyone is on the same page. It’s a very interesting process of finding the creative language of intimate scenes. Intimacy doesn’t imply physical closeness but it has a lot to do with feelings that can’t be easily expressed.

An intimacy director or coach is someone who puts together a structure so that the audience can feel those emotions and also to create the chemistry between the actors and at the same time, make them feel safe and taken care of.

Over the years, the Indian audience has become more comfortable watching intimate situations onscreen. The kind of content available on OTT platforms is also enabling the same. With that in mind, do you think there is a greater need for intimacy coaches or directors?

We are growing, right? We didn’t think therapy was important till 10 years ago. As we progress, we realise there are so many ways to take care of our needs and to make us more comfortable. This is just one of them. More our industry develops, there will be more such professions. I think it derives from our need to make our life slightly better than what it was yesterday.

Do you think the ‘Me Too’ movement has also propelled the need for this?

Of course. I would say any movement which has made us aware of our needs and our bodies and has normalised certain things which were not seen as normal have played their part.

In my discussions with Shakun, he said that he wanted to take his actors through something they haven’t done before, to create more chemistry between them. We started brainstorming about the structure to make the actors feel this way, and at that point of time, my production house was working on Closure where we had invited intimacy coordinator Neha Vyas to ensure our actors feel safe and comfortable. That experience was incredible.

For many of our actors who have worked in the industry for a lot of years, even holding hands or kissing on screen feels very mechanical. Having an intimacy coordinator is like having a safety net. 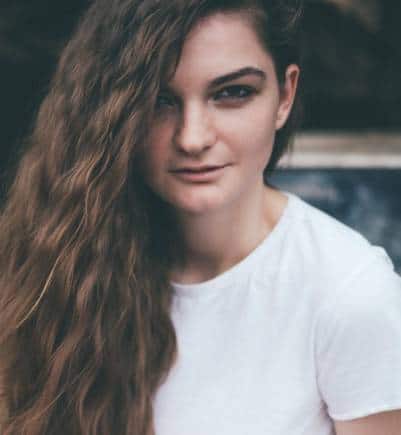 When did you come into the picture with Gehraiyaan? Tell us a bit about the process of working with the actors.

I would say it’s all Shakun’s magic. Once he thought I would be a good person to collaborate with, I was the intimacy director as well directed two music videos as part of the film. It’s rare to have directors who believe in the power of workshops.

When I met Deepika and Siddhant for the first time, I knew they would trust me and I could push as much as we need, at the same time making them aware of what and how we will be shooting. When you have the right people on set who are willing to collaborate and experiment, there is an incredible exchange of creative energy which is felt by the people who watch the film.

I think a lot of people are scared of intimacy directors because they think they will interfere with the director’s vision or with the actors’ method, but actually they are there to facilitate their needs. After our first exercise, I remember we had a conversation and everyone was on the same page.

As a director, you also need to have empathy towards your actors and know how much you can push and how much to hold back. It’s a dance of feelings and technique.

Besides the obvious physical movements, how much coaching does it require on a mental level?

It’s a mix of both. On one hand, you approach it from a very physical side. Imagine it as dance choreography. For instance, if it’s a kissing scene, you know that the hand will go there, or the back will be bent. You are trying to rehearse the movement where there is no emotion and no acting. Then you work with emotions. It’s almost like therapy. If you know your actor is not comfortable, you have to understand why they are not comfortable. Is there some exercise we can do to overcome it or is there some alternative way of showing it because the discomfort of the actor is something the audience will be able to see on the screen.