If there was ever a laptop that could do it all, it's this one.

Dell’s Alienware laptops have had some pretty powerful machines that have always delivered on performance but not produced the best when dealing with portability. Enter the Alienware m15 R2, a gaming laptop that delivers on performance while bordering on portability. Earlier in 2020, we tested the m15 R2’s predecessor. While it was a powerful gaming machine, nothing about it really stood out.

However, improvements on the m15 R2 are more than enough to make this one of the best RTX gaming laptops on the market. What you get in the Alienware m15 R2 is a thin and light notebook for travel, a desktop for gaming and a VR-capable machine for laning with your buddies. If you have the budget for it, and you’ll need a pretty big budget, the m15 R2 is an excellent choice with a ton of noteworthy improvements and one not so impressive feature. So without any further delays, let’s take a look at everything good on the Alienware m15 R2.

Some of the biggest improvements on the new Alienware m15 R2 come in the form of a major design overhaul. Although design is a completely subjective term, if you’re in the market for a laptop not ashamed of its gaming-centric profile, then you’ll love the m15 R2. Much of the inspiration here is taken from Dell’s Alienware Area 51m.

The R2 gets a magnesium alloy keyboard deck and lid, while a smooth grey and white finish graces the entire body. Weighing in at just under five pounds and measuring about 0.9 inches thick, the Alienware m15 R2 may not be most compact gaming laptop around, but it isn’t the bulkiest either. For us, the design of the m15 R2 captures the Alienware spirit in a way that its predecessor couldn’t, while still maintaining the relatively same footprint.

One of the best parts of the Alienware m15 R2 is the keyword. The spacing between the keys makes the keyboard feel nice and roomy, while the keys themselves feature a 1.7mm of travel, which we found to be pretty impressive. Apart from the Alienware Area 51m, this is one of the best keyboards, if not the best, we’ve seen on a gaming laptop. And that’s without considering the per-key RGB lighting. The m15 R2 boasts a glass trackpad with Windows Precision drivers which is quite responsive and gets the job done when you aren’t using a mouse. The m15 R2 is the first 15-inch laptop to incorporate Tobii eye-tracking, which is standard on both the 240Hz IPS and 4K OLED screen options. Tobii eye-tracking scans your eyes and can automatically dim the display when you’re looking away or place the cursor on the part of the screen you are focused on as soon as you touch the trackpad. Moreover, it is supported in over 100 titles and has a few uses in games and game streaming; however, the changes don’t dramatically affect gameplay.

Dell has also equipped plenty of ports on the m15 R2. On the left, you get a USB 3.1 port, an Ethernet port and headphone jack, while two USB 3.1 ports sit on the right of the device. Additionally, the m15 R2 also features a USB Type-C port with Thunderbolt 3, a Mini DisplayPort and an HDMI port along with a power connector on the back. You also get a proprietary Alienware Graphics Amplifier port for an E-GPU, incase the RTX 2070 isn’t enough.

In terms of display, the Alienware m15 R2 offers several display options, including an FHD (1080p) IPS panel with a 60Hz, 144Hz or 240Hz refresh rate. Our model came with an ultra-HD OLED screen, which is aimed at content creators come gamers. It offers a 1ms response time and a 60Hz refresh rate. While you are better off going with the 144Hz or 240Hz refresh rate screen options – the difference isn’t as much as you’d expect – for gaming, the 4K OLED option is an excellent for gamers who require a colour accurate display for work. The display offers 400-nits of brightness and offers DCI-P3 colour coverage with HDR support and a 100,000:1 contrast ratio. The OLED screen also covers 100-percent of the sRGB colour gamut and features HDR400 certification.

Consuming content on the 4K OLED panel was an absolute joy. But since the m15 R2 packs RTX graphics, you may not be able to utilise the full potential of those graphics on a screen limited to 60Hz. However, the 60Hz display will put you at a fair disadvantage in first-person shooters.

For performance, Dell has equipped the new Alienware m15 with up to a 9th Gen Intel Core i9-9980HK processor and up to an Nvidia RTX 2080 Max-Q graphics card. Our model arrived with the 9th Gen Intel Core i7-9750H paired with 16GB of 2666MHz DDR4 RAM and 1TB PCIe M.2 SSD as well as an Nvidia RTX 2070 Max-Q GPU. Combined this is some pretty impressive hardware. But how did the gaming laptop fare in real-world testing, well, let’s find out?

Before we get into real-world gaming performance, it’s worth noting that with the 60Hz OLED panel, there isn’t much point in playing games at high refresh rates as your display will only be able to output 60 frames per second, irrespective of your video card’s ability, which is why we recommend going with one of the higher refresh rate models if you are a competitive multiplayer or enjoy first-person shooters more.

Getting playable frame rates on some titles like Metro Exodus, Shadow of the Tomb Raider, Far Cry 5 and Battlefield V all managed between 30 to 50 fps on average on ultra-settings in 4K resolution. However, dropping the resolution to 1080p will give you upwards on 70 fps in Shadow of the Tomb Raider on its highest setting. When playing first-person shooters like Battlefield V and Apex Legends, the m15 R2 managed to deliver an average of more than 60 and 100 fps, respectively. 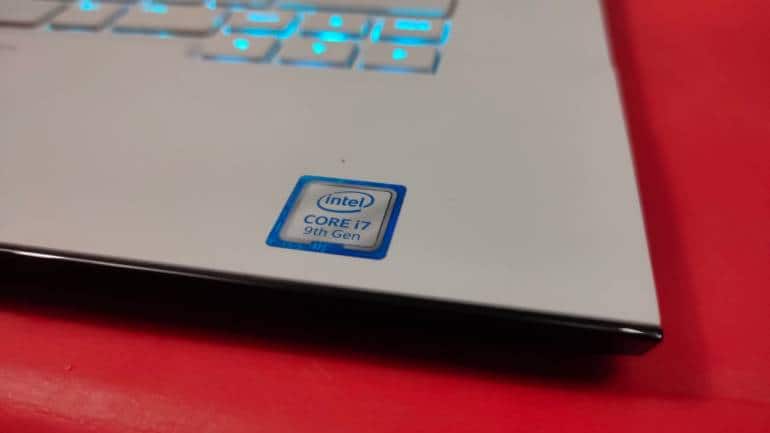 Metro Exodus on Ultra with ray tracing turned on was playable, offering anywhere between 35 to 45 fps. Playing first-person shooters like PUBG, Fortnite and Overwatch on maximum settings will reach anywhere between 80 to 110 fps depending on the title and the in-game action. We also put the m15 R2’s Core i7 to the test in Geekbench 4 and Cinebench R15 with the processor earning a multi-core score of 21,472 and 1,121 points, respectively.

Given the enhanced cooling system over the previous m15 R2, there are definitely some improvements in performance. Despite Alienware's Cryo-Tech v3.0 cooling system, the m15 R2 heats up pretty fast, reaching between 94 and 97 degrees at room temperature. However, the m15 R2 is still able to push the processor between to 3GHz even under sustained loads. Gaming, on the other hand, is highly GPU-reliant, and the m15 R2’s RTX 2070 Max-Q runs pretty cool as compared to the CPU. 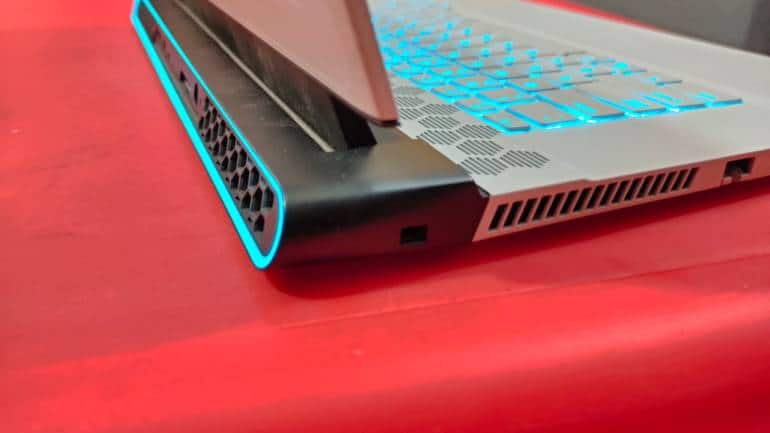 It’s worth noting that we didn’t see any kind of throttling while gaming. Additionally, the previous Alienware m15 ran pretty hot after a good couple of hours of gaming with some of that heat seeping into the keyboard area. This made the gaming experience a little uncomfortable, and there were times when we even resorted to using a separate keyboard. But we’re pleased to say that none of the heat spills into the keyboard or palm rest area on the new m15 R2, which makes the experience a whole lot better.

The 72Wh battery on the m15 R2 is arguably one of the most impressive we’ve come across on an RTX gaming laptop. While tackling routine tasks that are not demanding, we clocked over five hours of use. Gaming on the battery will offer about an hour of playtime, but we don’t recommend it. But again, getting about five hours of battery life under normal circumstances is pretty good for a gaming laptop, especially if you want to use it for a couple of hours during travel or on-the-go without access to a charging port.

The one thing you definitely need while using the m15 R2 is a pair of headphones or external speakers because the audio experience on this machine isn’t underwhelming. Even with the volume cranked up to the max, you can still hear the fans. Additionally, things like explosions and soundtracks lack a bottom end. From a machine that delivers a premium experience on all fronts, the speakers were definitely a disappointment. However, if you are a gamer, chances are you’ll use a headset by default, but that still doesn’t excuse this sub-par speaker system. The Alienware m15 R2 also gets a standard 720p webcam, which won’t be any good while streaming but certainly gets the job done for regular video calls.

The Alienware m15 R2 may not be the best gaming laptops in terms of value, our unit alone costs around 40K more than similarly configured machines. Even if you go down to the lower end model with 8GB of RAM and an RTX 2060 graphics card, the price is still higher than the competition.

But Alienware is and was never about being affordable; the brand prides itself on giving its users the best overall gaming experience, you can kind of call the m15 R2 the MacBook Pro of gaming machines, especially when you consider that the machine aces all aesthetics tests, has a really nice display and there isn’t much room for upgradability with the soldered RAM.

However, what makes this experience palatable is the fact that, unlike a MacBook Pro, you can do just about anything on it. It doesn’t matter whether you are writing out a review on the fantastic keyboard, rendering out a video or partaking in a hardcore gaming session or simply plugging in a ton of peripherals; the Alienware m15 R2 has got you covered. From a value perspective, there are several other gaming laptops that will get the job done and might even surpass the m15 R2 in terms of pure performance. However, if you got a budget of around two to two and a half lakh rupees to kill on a gaming laptop, chances are you aren’t all that interested in value and just want the best of the best. And, in that case, this is the gaming laptop for you.

Dell India’s website has the Alienware m15 R2 gaming laptop in two display configurations with a 240Hz IPS (1080p) display option and a 4K UHD OLED panel variant. For first-person shooters, we’d strongly recommend the 240Hz display, but it is only equipped with an RTX 2060 graphics card and single 8GB DDR4 RAM (Soldered – No room for upgradability). The upside to having an OLED display while gaming is just incredible visuals in AAA titles, but it does limit your frames per second to 60 in all games throughout the board, which will put you at a significant disadvantage in first-person shooters.

To conclude, the Alienware m15 R2 may be more expensive than what the competition is offering. However, the Alienware brand still holds weight and when you combine that with a machine that is literally good at everything it does, you have an excellent reason to buy this powerful gaming laptop.