Welcoming Trai's decision on differential pricing, the government said it supports open and fair Internet in the country.

She hoped that the decision would give a great impetus to Prime Minister Narendra Modi's Digital India initiative. "The Government of India adopted transparent consultation process with all stakeholders. It supports open and fair Internet. In Parliament, we supported Net neutrality. This development (is) reflective of popular will," she said.

Ruling against discriminatory pricing for different data platforms or content, the Telecom Regulatory Authority of India (Trai) said operators cannot enter into pacts with Internet companies to subsidise access to some websites.

Companies violating the rules will be fined Rs 50,000 per day for the duration of contravention, subject to a maximum of Rs 50 lakh. "No service provider shall offer or charge discriminatory tariffs for data services on the basis of content," Trai said in its regulations for 'Discriminatory Tariffs for Data Services'.

It gave six months to operators to wind down existing differential pricing services. A debate on Net neutrality started across the country after Airtel decided to charge separately for Internet-based calls in December 2014, but withdrew it later after protests. The debate heated up after Airtel launched free Internet platform Airtel Zero and later Facebook launched its Internet.Org platform, renamed as Free Basics. 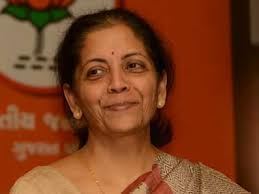