Upcoming Webinar:Join our experts for discussion on ‘Re-inventing Finance: with Process, People & Technology’.
you are here: HomeNewsTrendsBook Review

It is the fish that becomes the focal point of all of Bandini’s bewilderment and misery following her young husband Abhimanyu’s untimely death. Shorn of colour and her status in a wealthy Bengali household, the new widow dreams longingly of the fish being served to the rest of the family, fish that was part of her daily diet until days and weeks ago, fish that she had grown up eating in practically every meal.

Now, however, her own plate of white marble, kept aside from the family table, holds only boiled rice, potato and green banana, a widow’s meal. “Why am only I being punished like this?” she wonders in her grief-addled mind. After all, her loss wasn’t hers alone — Abhimanyu’s parents and siblings had lost him too. But they could still eat fish, and all the other delicious foods laid out on the large joint family’s platter each day, while she was denied everything all at once: nutrition, taste, colour, dignity, comfort, a place at the table.

Bengali scholar Bani Basu’s novel A Plate of White Marble (Niyogi Books, Rs 450) — first published in 1990 in the original Bengali as Swet Patharer Thala — gives English readers their first authentic taste of a stunning literary classic. Set in post-Independence India, the book follows the life of Bandini soon after she becomes a young widow saddled with discrimination and a little boy and not much hope of happiness in a society that dehumanizes and oppresses widows in inexplicably ghastly ways. 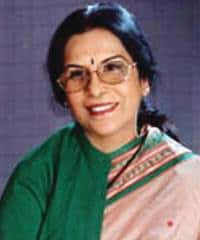 An eminent academician, poet, novelist, essayist, critic and translator, Bani Basu is considered one of the most versatile writers in Bengali. From 1980 onwards, when her first novel was published, she has written on diverse topics ranging from history and mythology to society, psychology and gender.

Her numerous awards include the Tara Shankar Award (1991), Katha Award (2003) and Sahitya Akademi Award (2010). A number of her stories have been adapted into films and TV serials including Swet Patharer Thala, which was made into a Bengali film in 1992 directed by Prabhat Roy starring award-winning actor Aparna Sen in Bandini’s role.

Even as the book dwells starkly upon the horrific treatment of widows in India, it offers rays of hope with assertions of the human instinct to survive and grow towards the light. Rescued from her hell by her uncle, Bandini manages to get a job and raises her son single-handedly but she struggles to break through the chains in her own mind that restrain her from living life to the fullest. 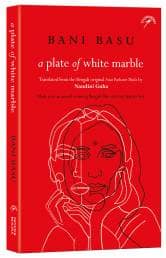 Like any ordinary Indian woman, she internalizes the lowly position granted to widows in society and families, and it takes many years of mental and emotional upheaval to even aspire to personal joy.

Translated ably by award-winning translator and litterateur Nandini Guha, the book maintains the essence of its Bengali original by retaining kinship terms and other common words in Bengali parlance. The book has an uncommon flavour, and despite the heavy subject, it manages to depict sorrow and injustice without melodramatic prose or pathos.

The triumph of the book lies in the brutally relatable humanity of its characters, especially the protagonist Bandini. Having lost her husband, she may have been a victim of cruel social injustice but she is not quite ready to submit to the will of just any man, not just yet. Whether a suitor or her own rebellious son, she gradually learns to assert herself as she grows older, until she finally reaches a state of consummate independence.

How can a woman be content without a man? It may be a scandalous and unthinkable conclusion going by Indian society’s rules and standards for women, but it is a delicious ending for womankind. Like Bengali fish curry.