Take a look at the India-bound cars from Tesla

Here are the cars from Elon Musk’s electric vehicle giant that we can expect to see on our roads very soon.

Tesla appears to be all over the airwaves, be it for its founder Elon Musk’s newfound status as the world’s richest man, or the fact that it will officially set-up an R&D space in Karnataka’s capital city of Bengaluru. The Palo Alto-based electric carmaker has confirmed that its Indian subsidiary, called “Tesla India Motors and Energy Private Limited” will be headquartered out of Bengaluru and that it has appointed three directors – Venkatarangam Sreeram, Vaibhav Taneja and David Jon Feinstein.

So what can we expect from the Silicon Valley marvel? Tesla was founded nearly two decades ago, in 2003, with only one vehicle in their portfolio : the Tesla Roadster. Since then, the brand has expanded considerably, having established itself as the foremost manufacturer of luxury electric automobiles. At present, Tesla happens to be the most valued automobile company in the world. Its cars can receive over-the-air software updates making them safer, faster and more efficient over time. All cars feature floor-mounted lithium-ion batteries, that lose potency over time but can be replaced for an estimated Rs 4 lakh (including taxes). Here are the models expected to arrive in India, very soon. There’s no word on whether the Autopilot functions would accompany these cars, as such functions would have to pass through several regulatory hurdles before being put to use in the world’s second most populated country. The Model 3 is the car that made Tesla a relatively accessible brand. As the least expensive car in their line-up, the Model 3 is the first car that will be launched in India. Until Tesla sets up a manufacturing plant in the country, all vehicles will come in via the CBU route, with import duties making them a fairly expensive proposition. At an estimated price of Rs 60 lakh, the base level Model 3 will be the most affordable Tesla in the market. It comes with a single electric motor, powering the rear-axle, with more expensive variants carrying two electric motors, effectively making the car all-wheel-drive.

Launched in 2017, the Model 3 quickly became the bestselling Tesla across the globe, concurrently becoming the world’s bestselling electric vehicle. It’s chassis is built using a mix of aluminium and steel, with a glass roof that, according to Tesla, can withstand the weight of two fully-grown African elephants. While the dual motor version is unlikely to surface immediately, given that it will drive up costs, the standard single motor version will be available with a range of 423km for the Standard version and 568 km for the Long Range version. In Standard form, this family car can hit 100kph from a standstill, in a sports car-shaming 5.3 seconds while the Performance version and Long Range AWD versions can do it in a supercar-like 3.1 seconds and 4.2 seconds, respectively. The interiors are plain and uncluttered with all the electronic and multimedia functions accessible via a 15-inch, dash-mounted touchscreen. The cabin is distinct in its near-total lack of buttons and can seat up to 5 adults. 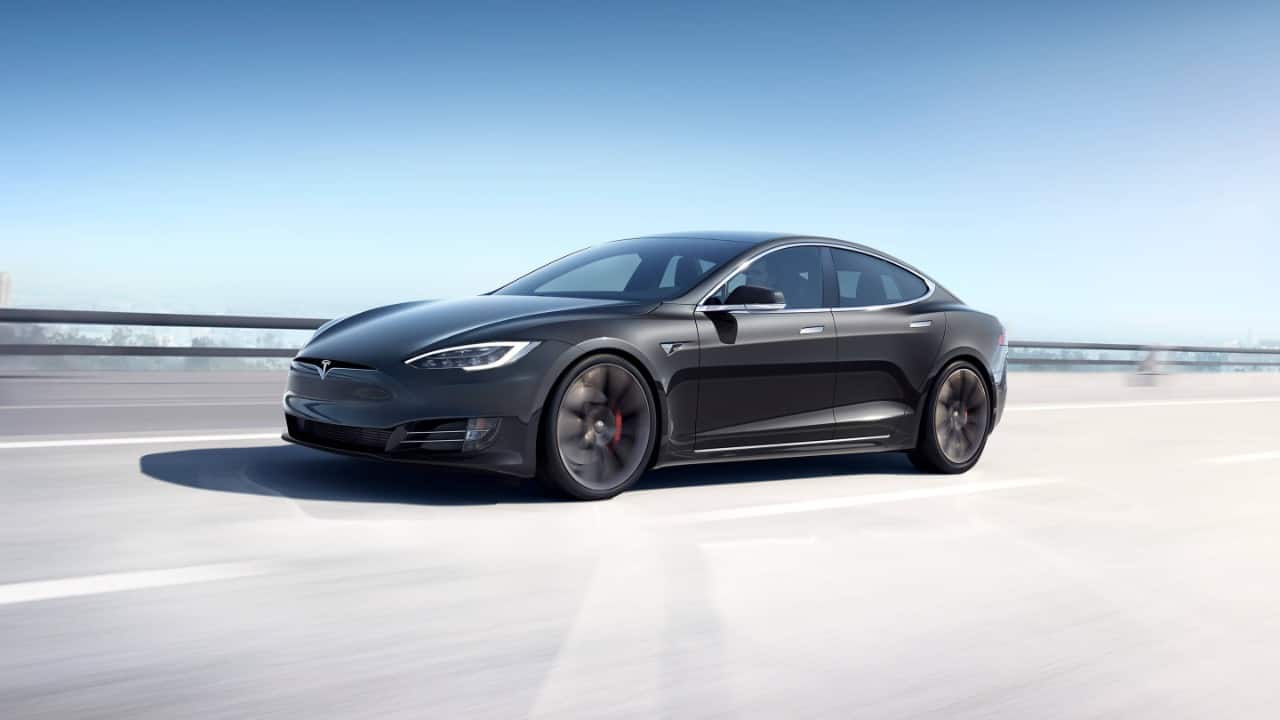 The Model S is the car that put Tesla on the map. It combined top-shelf luxury with swashbuckling looks and superlative performance. With its India price estimated to be somewhere between the Rs 1.3 - 1.5 crore mark, the Model S will compete with the likes of the Mercedes-Benz S-Class, Audi A8 and the BMW 7-Series. However, it’s performance credentials put it in a very different league altogether. In top form, the Model S can do 0-100 in a scarcely believable 2.3 seconds!

All models (Standard and Long Range) come with a dual motor setup, with the Long Range Plus version having the industry-best range of 647km. In its famed “Ludicrous” mode, the Model S transforms from a luxury sedan to one of the fastest accelerating production cars on the planet. Seriously, 2.3 seconds is what road-going Ferraris aspire to. The Long Range model is no slouch, with a 0-100kph acceleration figure of 3.7 seconds. The Long Range PLus model being the most affordable one. There’s even a tri-motor variant, but that won’t be coming to India anytime soon, since even the base version would cost upward of Rs 1 crore.

The interiors are as plush as can be expected, with more padded leather and a bigger touchscreen than the one on the Model 3. Like its competitors, the Model S features adaptive air suspension, class leading boot space and seating capacity for 5 adults. The Model S, for the longest time has served as Tesla’s halo product, exemplifying the best that the brand had to offer. 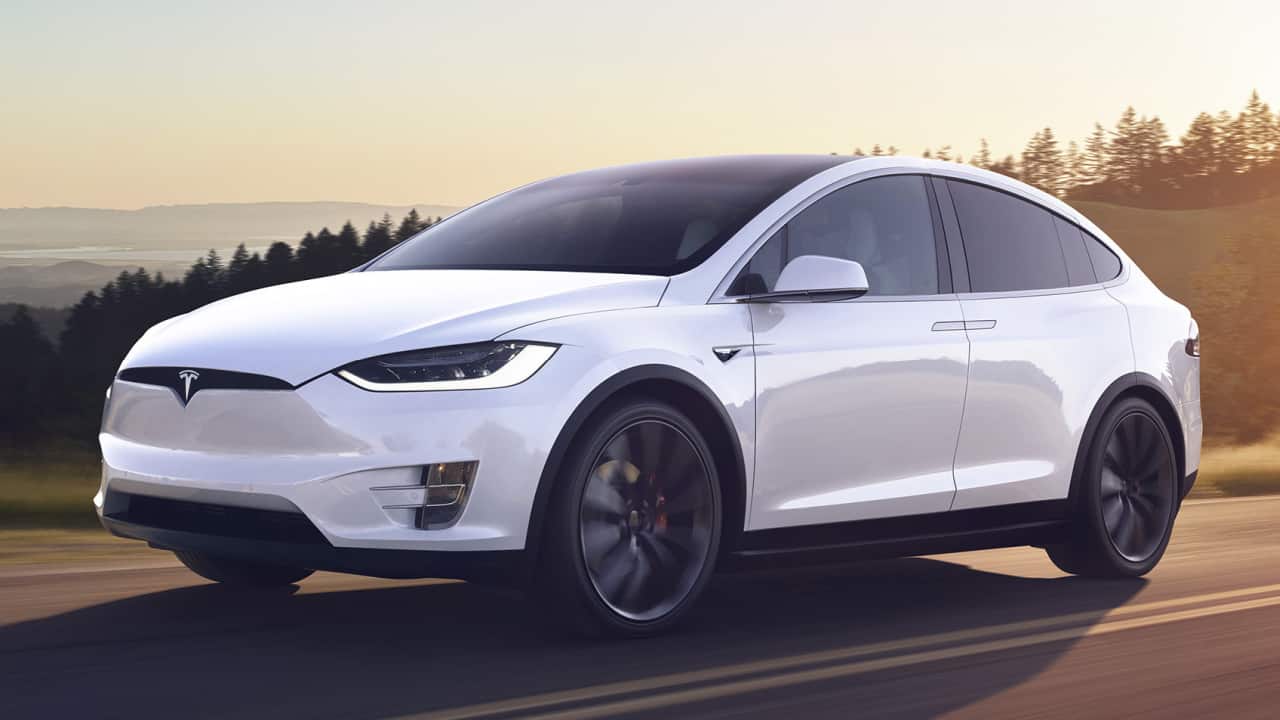 With 6 out of every 10 Lamborghinis sold, being an Urus, the market for high performance, high-utility SUVs, appears to be expanding. And so, the gull-winged Model X, will mark the top-end of Tesla’s line-up in India, at least until the likes of the yet-to-be-launched Cybertruck and Roadster arrive. With an estimated price tag of Rs 2 crore, the Model X seats seven and with an acceleration figure of 2.7 seconds, is officially the quickest SUV in the world. With an estimated range of 600km, the Long Range Plus version (the less expensive option that’s more likely to come to India than the more powerful Performance version) features a dual motor setup, AWD powertrain and a vertically placed 17-inch touchscreen. Those gull-winged rear doors might be tricky to operate in a parking lot, but they do come with a certain novelty value that SUV owners would not be able to resist.

The details on India’s own “Supercharger” network are still sketchy, but in order for the brand to work, Tesla will have to install a wide array of its trademark fast-charging stations which can provide a 50% charge in 20 minutes. With over 20,000 Superchargers installed in its home-country, the USA, Tesla needs at least 2600 charging stations in India, “Super” or otherwise, in order to thrive. At present, the country has a little over 500 electric charging stations.
Invite your friends and family to sign up for MC Tech 3, our daily newsletter that breaks down the biggest tech and startup stories of the day
Parth Charan is a Mumbai-based writer who’s written extensively on cars for over seven years.
Tags: #Auto #Technology #Tesla #Tesla India
first published: Jan 13, 2021 07:05 pm