The Audi A4 has its task cut out for it as competitors such as the Mercedes-Benz C-Class, the long wheelbase BMW 3 Series, the Volvo S60 and the Jaguar XE are all vying for the loaded wallets of its target consumers.

If you’re a car enthusiast, it’s impossible not to feel for Audi in India. Not so long ago (where has all that time flown?), it was the market leader in the luxury segment, with a slew of great models.

Before it could quite figure out what happened, however, it found itself on the downslope, with a curtailed range of cars and a less than impressive sales chart. In the meantime, its German competitors turned up the heat and shot past it.

Last year, Audi took a step towards making a proper comeback – it released five new models, and has several more lined up for this year, other than the car I’m writing about, the face lifted A4. It has its task cut out for it, what with cars like the Mercedes-Benz C-Class, the long wheelbase BMW 3 Series, the Volvo S60 and the Jaguar XE vying for the loaded wallets of its target consumers. 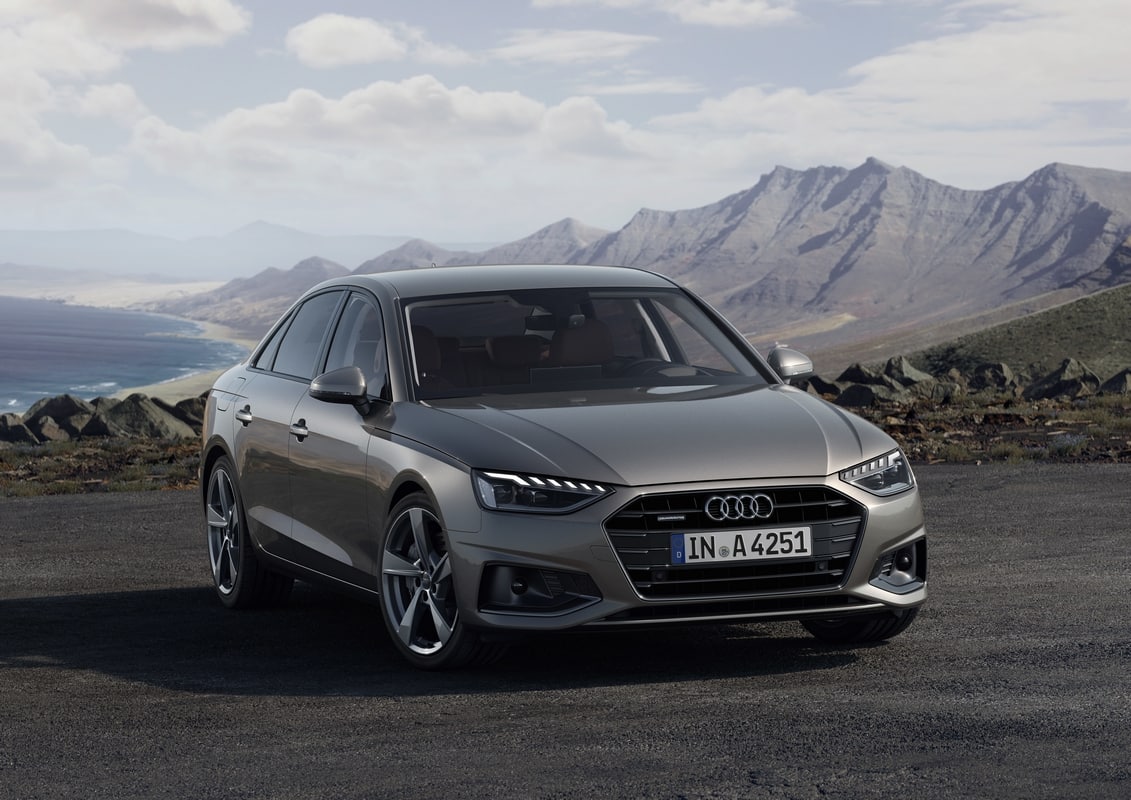 This is a major facelift, and not just some sticker-and-badge job – the engine is new, as are most of the body panels. The new LED headlights are striking, and between them, the grille looks flatter and wider, which gives it a certain presence.

The car is also wider and longer – by 5mm and 24mm respectively – which adds to its stance, although it still has the same wheelbase. The rear has also been updated, with LED tail-lights, and overall, the A4 now looks more distinguished and sharper (although the alloy wheels could have been more snazzy, if you ask me). That ticks the design box, then.

The cabin has a variety of new elements in it, with the most prominent one being a new 10.1-inch touchscreen infotainment system – the Audi staple of a rotary controller dial with the MMI unit is gone. Thankfully, you get actual switches for climate control and most other functions, with the ‘virtual’ cockpit digital gauges acting as another screen for things like maps and media; this means you don’t have to take a hand off the steering wheel to control those. Other features include a 3-zone climate control system, auto parking assist, a wireless phone charger, powered front seats and ambient lighting. Safety-wise, there’s a full complement of features – 8 airbags, stability control, ABS and so on. Overall fit and finish are absolutely top drawer, and the cabin is spacious enough to seat four adults in the kind of comfort you would expect.

As its beating heart, the A4 comes with just one engine – a 2-litre TFSI petrol with 190 bhp and 32.63 kgm of torque. With it, the A4 is a pleasure to drive – power delivery is ultra-refined and linear, and the car is quick, too, with 100 kph coming up from standstill in 7.2 seconds. The gearbox – a 7-speed, dual-clutch unit with paddle shifters – plays along in delightful fashion, with smooth shifts; if you’re really looking to get a move on, the paddles work best.

The feel from the steering wheel as you’re on the move is nice and meaty, especially if you put the car in Dynamic mode, and although you will feel a certain amount of body roll, the A4 is still a spirited cornering partner – and it has absolutely fantastic ride quality too, smoothening out rough patches in a consummate manner.

In the end, the A4 is what you’d call an all-rounder. It looks distinguished, has a brilliant engine, a wonderfully constructed cabin and high levels of comfort, all for a price between Rs 42.34 - 46.67 lakh, ex-showroom. If you’re looking for a luxury sedan that doesn’t break the bank, you’d do well to consider it.
Rana Chaudhury is a writer passionate about automobiles.
Tags: #Audi A4 #Auto #Car review #luxury sedan #Technology
first published: Jan 17, 2021 02:55 pm