People’s Bank of China picks up 1.75 crore shares in HDFC

The Chinese Central Bank has bought 1,74,92,909 crore shares, or 1.01 percent of the shareholding, according to exchange data.

The People’s Bank of China (PBoC) purchased 1.75 crore shares in one of the largest housing finance lenders, HDFC Ltd, possibly in the March quarter.

The Chinese Central Bank has bought 1,74,92,909 crore shares, or 1.01 percent of the shareholding, according to exchange data. The share purchase is likely to have happened between January and March.

The timing of the share purchase is significant given that HDFC shares have been sliding in the recent weeks. Since the first week of February, the shares have fallen by 41 percent.

Of late, HDFC has seen significant interest from institutional investors. For instance, the Life Insurance Corporation of India (LIC) increased its holding in HDFC Ltd to 4.67 percent from 4.21 percent in December quarter.​

HDFC's Vice Chairman and CEO Keki Mistry told Moneycontrol that the PBOC has been an existing shareholder and had owned 0.8 percent in the company as of March 2019.

The disclosure has been made now since the stake has hit the 1 percent regulatory threshold, Mistry said.

"They have been accumulating the shares over a year and are now holding 1.1 percent," Mistry said. 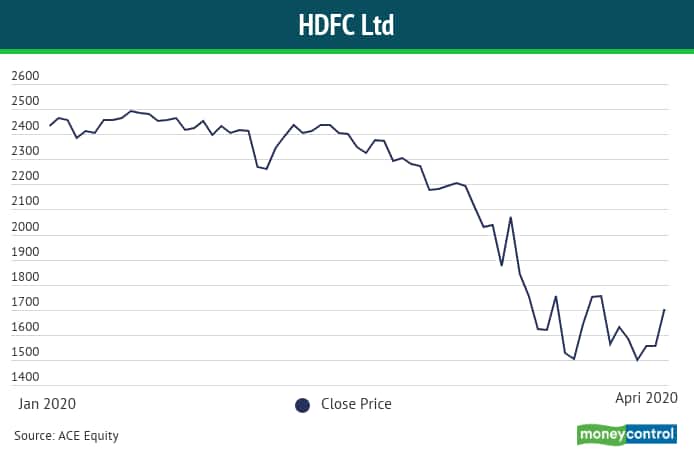