One year of GST: Fiscal deficit likely to remain under check; 3 sectors and 2 stocks to bet on

Year 2017 will forever be etched in Indian history as the year that saw the implementation of the biggest and most important economic reform since Independence — the Goods and Services tax (GST). It's been one year since GST came in and, given the magnitude of changes it entailed, it may be premature to pass a verdict on its success today.

It has been a pleasant experience so far —the government has been proactive and business-friendly in addressing the challenges. Despite some teething problems in managing compliance-related requirements, implementation of GST is seen as directionally positive.

We believe that GST has reduced the complexity of indirect tax regime significantly and is a key milestone in the government's efforts to improve ease of doing business in India. Overall, we expect that the GST Council will bring taxation at par with global practices which will put India in front line to compete with global businesses. 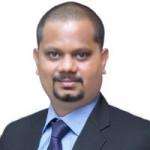 We also assume that we need to give more time to consolidate and let the reform stabilise and continue to explore structural changes to bring it closer to reality.

If we shoulder for long-term benefits, it is expected that GST would not just mean a lower rate of taxes, but also minimum tax slabs which will bring all under tax regime and add revenues to government pockets. The revenue from taxes for the government is very likely to increase with an extended tax net, and the fiscal deficit is expected to remain under check.

The impact of GST on macroeconomic indicators is likely to be very positive in the medium-term. In line with its 'One Nation, One Market, One Tax' philosophy, the GST reform will in all probability benefit the Indian economy in the long run. We would like to rate GST at 7 out of 10.

Stocks and Sectors to bet on:

We believe the top five sectors like Logistics, Real Estate, Automobiles, E-commerce and Pharma have seen the effect of GST implementation on a larger base and believe the below 3 sectors to outperform going forward in next few years.

After GST, the organised players get the cost-effectiveness and will be enjoying the benefits of large set-up. Also, the interstate flow of goods would accelerate demanding for more services of logistics.

Introduction of E-way bill is a big step in the growth of this sector. The idea is to lower the black-marketing, smuggling prevailing in the country and ensure transparency.

Earlier, the automobile sector paid approximately 30 percent to 40 percent of tax to the Indian government which now ranges between 20-22 percent, after the implementation of GST. And the overall cost-cutting for the end user is around 10 percent.

Transportation time will also be reduced as check points and Octroi is cleared beforehand. Overall, GST has been the government's gift to the automobile sector.

In this space, we like Maruti Suzuki because of healthy launch pipeline, continued strong traction for recent launches and increasing share of premium products will aid Maruti in sustaining its market share.

The sector saw substantial benefits from GST implementation, as it has brought the industry much-required transparency and accountability. Although it was anticipated that GST will reduce property prices pan-India, we have in fact not seen such a significant impact on the ground.

In the sector, GST has certainly eliminated the tax-on-tax system benefiting the sector overall.

In this space, we like Godrej Properties because of its business model comprising Joint Development Agreements (JDA) and development management arrangements (DMA) reducing the upfront capital requirement and healthy geographical spread to help cushion slowdowns in certain markets.

Disclaimer: The author is Associate VP, Mehta Group. The views and investment tips expressed by investment experts on moneycontrol.com are his own, and not that of the website or its management. Moneycontrol.com advises users to check with certified experts before taking any investment decisions.