The approach of having a decent mix of debt and equity in one’s portfolio is an important thing to balance the repercussions arising out of unstable times.

Close
The fall in rupee has been a major cause for concern. What is your near-term outlook on rupee for FY19? 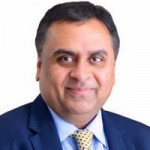 It all began during the first week of the year when the rupee was gearing up for its longest losing streak against the greenback. Market participants have been bullish on the US dollar ever since and the weekly chart structure of the currency pair clearly depicts a relentless rally, with of course, a couple of stray pullbacks which never sustained, even as the great slide for the rupee against the USD continued.

As global capital gets drawn in by the US markets, exchange rates across emerging markets (EMs) become alarmingly unstable and continue to remain brittle till things settle down on their own.

The current downward drift of the rupee certainly owes much to the subtleties of one of the most important factors - the rising interest rates in the US. Interest rates in the US are on the rise for some time now, in order to attract more inflow of foreign capital investment, affecting emerging market currencies as money is being pulled out from those riskier economies to the US.

We feel that the slide could continue for a little more time, however, history suggests that nothing can continue to rise vertically, there will be a stall to this rally sooner rather than later as the weekly charts of the pair suggests.

FPI flows which were supporting the Current Account Deficit, have entered the negative terrain during Mar-Jul 2018, imposing more pressure on the rupee. On the other hand, flows have turned positive for Jul -Aug indicating that the FPI’s are restating their interest in the Indian economy again.

In an environment of rising interest and bond yields, should investors change their approach towards investing?

Every investor must have an approach to make the most out of their investments. The approach of having a decent mix of debt and equity in one’s portfolio is an important thing to balance the repercussions arising out of unstable times.

Along with exposure to direct equity or predominantly equity-heavy mutual funds, an investor must have a portion of his investment allocation to at least a couple of the top 5 debt funds, to the tune of 20-25% of the entire portfolio size, at all times.

Top five stocks which you think satisfy the criteria of value at the great price and why? This is for an investment horizon of 1-2 years.

The top 5 picks from our end for the long term are ABB, Apar Industries, Bajaj Electricals, GMDC and Menon Bearings. These stocks are also a part of one of our flagship reports - Value Invest.

After a slowdown which was evident a couple of years ago, there are clear signs of economic recovery as the last couple of quarters are hinting at a turnaround in the economy. GDP growth has improved significantly over the last three quarters after a bottom in the April-June quarter.

What has been more encouraging is that growth in ﬁxed capital formation has picked up in a decent manner. In the last quarter, it grew at ~14.4% YoY.

The only cause of worry for the time being is the slide in the rupee and rise in crude oil prices.

How is falling currency likely to impact India Inc., government as well as fiscal math?

Those companies who have borrowed through external commercial borrowings have been feeling the heat of the recent slide in the rupee.

It has been reported that companies have taken an alternative to external commercial borrowings for their funding requirements in the first few months of the current financial year.

These companies will have to cough up more in rupee terms to settle the principal plus the interest which is applicable to the ECBs taken from abroad.

The government is reeling under tremendous pressure as a five-year-high trade deficit, the difference between a country’s exports and imports, is piling pressure on the domestic front in a humongous manner.

The INR has been the worst performing currency among its Asian peers mainly on the back of steeply rising crude oil prices, widening of trade deficit and also with some foreign investments pulling money out of India.

Global challenges as well as the US’s xenophobic measures against countries like China, Turkey (Due to trade tariffs imposed by Donald Trump) etc., has rattled currencies in emerging markets.

The rupee has been dancing to the tunes of the dollar owing to the repercussions arising out of important factors like rising crude oil prices, mounting trade deficit etc., as mentioned above.

The government, on the other hand, cannot do much to arrest this fall. One of the steps the government can take is to ask the RBI to increase the supply of the dollar.

The RBI has always stepped in and intervened in the foreign exchange market to cut volatility and not to target a particular level for the rupee.

The main culprit in this case is the rise in crude oil prices. Since India is a net oil importer along with inelastic demand, international crude oil price movement tends to have an important behavior on macro stability risks and economic growth prospects of the country.

It is a big myth that if the oil prices keep rising, it is going to be bad for the developing economy.

Some experts are debating on the fact that the current rally of 2018 which took the indices to all-time higher is boring and the worst since 2008 because only 63 NSE 500 companies hit lifetime highs compared to over 200 in 2008?

Those experts contemplating that the current rally is boring are definitely the ones who are holding the wrong stocks! It has of course been a large cap driven rally on the Nifty front.

On the other hand, most midcaps and smallcaps have definitely missed the bus until now in 2018 but, having said that, most market participants who are smart are least bothered about whether it is boring or interesting, the bottom line is how much money you are making at the end of the day.

Any incident which you can recall from the 2008 financial crisis and your learnings from that period?

One of the most important learning from the 2008 crash is to invest in the story you believe in and not what others believe in. The second one being, remain invested as bad times do not last long.

Those who have invested throughout the good and bad times are the ones who always have the last laugh, as things eventually average out in the long-term.

Hence it is important to weather the storm, instead of panicking and getting rid of good investments, who knows you may be the last seller from where the markets begin the next leg of its rally!

Considering rupee tailwind: is it time for investors to go overweight in IT and pharma sector?

It is never sensible enough to go heavyweight on any particular sector at any given point of time, in order to generate stable returns over a longer period.

For the short-term, this kind of play may work out as the top line and bottom line of IT and Pharma will see a near-term benefit arising out of foreign exchange rates.

However, when the rupee will eventually arrest its fall, things may not look all that rosy for these two defensive sectors.

Both the Sensex and Nifty are trading at their all-time highs. Some experts are fearing a fall of about 10% and even the upside remains fairly limited. What are your views?

As mentioned earlier, anything that rallies in a vertical manner cannot sustain the up move for long, and we are seeing such an instance already on the Nifty and Sensex front.

But, how long will this vertical rally continue is a big question in itself, never mind the couple weeks of a throwback. But, a healthy correction is long due.

A correction of around 10 percent from current levels is very much possible and such declines must be cashed in and be bought into.

The current slide in the INR vs the US Dollar could be a major factor in dragging the equity benchmarks lower in the days to come, thereby giving smart investors another chance to get into the markets yet again.

FIIs have been sellers in recent times while domestic retail investors are filling the shortfall. Do you think the momentum is likely to continue?

FIIs are likely to turn more cautious as we approach the general elections in India next year (or possibly towards the fag end of the CY this year). The Telangana government has already announced an early election. Some other states are likely to follow suit.

Hence, investors from abroad will eventually step up investments, but with a lot of caution. Hence, according to us, this trend is likely to continue with the DII’s filling in the shortfall created by the FII/ FPI’s, at least in the short to medium term as uncertainty also looms large over the possibility of US midterm elections as well.

If at all Donald Trump’s impeachment goes through and polls do suggest that the Republicans are likely to lose control of the lower house of the US Senate.

How will US student visa restriction impact Indians?