Benchmark indices could flirt with record highs in Samvat 2076 but there are plenty of individual stocks that will grab the spotlight in the next 1 year.

If Samvat 2075 was not exciting enough for you well Samvat 2076 might just change that. The Nifty50 which is up a little over 9 percent since last Diwali could well hit fresh record high in November, Sushil Kedia, founder of Kedianomics said in an interview with CNBC-Tv18 on the Muhurat Trading day.

“The Nifty & Sensex are poised for hitting new all-time highs in 5 or 6 sessions at most into the new Samvat 2076. This all-time high is a signal and indication only since very selectively markets are rising with poor patterns on majority of stocks where long term bottom formation finale is still due,” he said.

“Such a rise into new highs would be an Irregular B wave which could be followed by a fast and furious down move that could take markets down to a new 12 month lows by the first week of Christmas or English new year,” Kedia added.

Nevertheless, the new all-time highs will be a strong indication that the long-term bull market running since the lows of March 2009 will revive again for a multi-year up move where all boats will begin rise with the new tide! 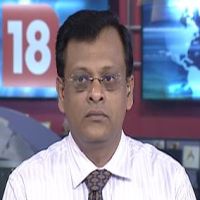 Benchmark indices could flirt with record highs in Samvat 2076 but there are plenty of individual stocks that will grab the spotlight. Kedia highlights Chakri stocks which could remain volatile but should hit new highs eventually.

Rockets are the ones which could turn multibaggers in a year while Anaars could more than double in 6 months to a year.

Chocolate Bombs have the potential to rally 50-100 percent in a month.