The US economy is emerging from its worst quarter on record, which is behind us. Recent data suggests that some economic conditions have improved from April, though recovery still looks fragile. On the employment front, the United States added 7.5 million jobs in May and June but is down nearly 15 million jobs since February.

At its July meeting, the Federal Reserve held interest rates steady along with a lukewarm outlook on the coronavirus-plagued economy. It was expected that the American central bank would keep its benchmark overnight lending rate anchored near zero, where it has been since March 15, the early days of the pandemic.

The Federal Reserve kept the policy stance unchanged in its July meeting. In addition, the Fed also expressed its commitment to maintaining its bond purchases steady, as well as the lending and liquidity programmes associated with COVID-19.

The policy statement also mentioned that after a sharp decline in recent months, economic activity and employment had picked up somewhat recently but still remained below the pre COVID-19 era. 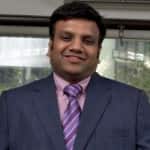 Takeaways from the July meeting :

1. The FOMC keeps its rate targeted in the 0 percent-0.25 percent range, where it last was during the Great Recession.

2  The rate will stay there till Fed is confident that the economy has weathered recent events and is on track to achieve its maximum employment and price-stability goals.

On the flip side, the Fed did not provide any further direction, as to the circumstances under which it would change rates. It was expected that the Fed would give a clear path on the rate front in terms of "forwards guidance" and also a clear forecast about unemployment and inflation.

Economic conditions in the US still look uncertain, as COVID-19 cases continue to increase along with growing tensions with China.

COVID-19 infections are rising across the globe. There are now 16.5 million confirmed cases worldwide and the US tally has gone past 4.30 million. Many states are rolling back reopening plans.  Some workers are circumspect about returning to work and many can't join jobs because they are caring for their family members.

Overall, pandemic relief measures, including expanded unemployment aid, extended by the government are not looking sufficient.

Trade relations have been worsening since July 2018 as US President Donald Trump followed through on months of threats to impose sweeping tariffs on China for its alleged unfair trade practices.

(The author is the Founder and Chairman of Abans Group.)