Post demonetisation, the number of tax returns filed by individuals shot up 25.3 percent and 9.1 million taxpayers have been added to the tax net.

In a historic move, the government of India announced demonetisation of Rs 500 and Rs 1,000 banknotes on November 8, 2016. Hailed as an attempt to clamp down black money and to nudge the economy towards digital payments, this step received a mixed reaction from different sectors of the economy.

While some believed this reform would have a long-term positive impact on the economy, others focused on the challenges caused by the announcement in the short-term.

As we mark one year of this disruptive move, let us have a look at some effects the demonetisation had on the markets and the economy in this timeframe.

Move towards a digital economy 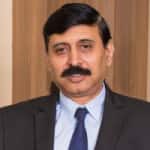 Post demonetisation, about 86 percent of the total currency in circulation had turned invalid. This prompted people to embrace digital payment channels for reducing their dependence on cash.

Taking this as an opportunity to realise the vision of a cashless economy, the government also announced various measures to encourage digital transactions through banking channels.

Digital payments industry witnessed a growth in the range of 40-70 percent as compared to 20-50 percent growth before demonetisation and has now reached a substantially noticeable volume - the volume of digital transactions for October 2017 alone stood at around Rs 50,000 crore.

A move towards digital economy will not only make transactions easier but will also create a new market and employment opportunities.

Demonetisation has pushed all the excess cash in circulation to the banking sector which has enabled the banking system to pass on the interest rate cut by the central bank to the borrowers; it has enhanced the ability of banks to offer loans for development projects and business activities at an affordable rate.

Deposits in Jan Dhan accounts more than doubled to Rs 87,100 crore in 45 days post demonetisation. Demonetisation along with Jan Dhan scheme has been a great success in the mobilization of savings into the banking system.

This development has given a new momentum to realise the goal of financial inclusion. With expansion in the ambit of Jan Dhan accounts, it has now become easier for the government to pass on the incentives and subsidies intended for the underprivileged sections of the society by transferring funds directly to the Aadhaar-linked bank accounts of the beneficiaries, thereby preventing siphoning/misuse of the funds by the intermediaries.

Clamp down on black money

Post demonetisation, the number of tax returns filed by individuals shot up 25.3 percent and 9.1 million taxpayers have been added to the tax net.

More money flowing to the government exchequer through this increased tax base would mean that more funds are available for social and economic development projects.

The demonetisation exercise also helped in recognising individuals who indulged in tax evasion. About 17.92 lakh individuals were identified for review as their tax profiles did not match with the cash deposits they made after demonetisation.

The shift in investment habits

Mutual funds witnessed a major inflow towards equity funds experiencing a net inflow of Rs 1.46 trillion in 2017, out of which MFs have already deployed Rs 0.93 trillion till October 2017.

Retail investors gradually started moving away from low yield assets like FDs and are flocking towards MFs with around Rs 5,000 crore worth of SIPs every month.

As a large part of real estate transactions were happening in cash, the latter has lost sheen for investors. Similarly, life insurance sector witnessed a surge of 113 percent in premium collection post demonetisation.

Following the demonetisation announcement, BSE Sensex witnessed a drop. However, this movement can be attributed to a number of factors besides demonetisation, which included, Donald Trump’s election as President of the US and the subsequent rise in US bond yields along with strengthening of the dollar.

These developments led to funds flowing from the Indian market which affected the market on an immediate basis. However, with investors diverting their surplus cash to equities and equity mutual funds, the markets have done well over a year-long time frame.

This improvement in market performance was fueled partly by the desire of investors to explore attractive investment avenues and partly on account of improved fortunes of listed entities which would then be benefitted with the implementation of Goods and Services Tax (GST) in July 2017.

Together, these two reforms are expected to marginalize the informal economy. Retail investors started taking help from financial experts to channel their surplus cash into viable stock investments.

The overall positive sentiment, led by various reforms introduced by the government, also boosted investor confidence in the market.

As we know, any measure of this magnitude is bound to have a significant impact on the economic activity over a period of time. Hence, it would be prudent for us to take a long-term view for analyzing the outcome of this measure in its entirety.

Disclaimer: The author is MD & CEO, Axis Securities. The views and investment tips expressed by the investment expert on Moneycontrol.com are his own and not that of the website or its management. Moneycontrol.com advises users to check with certified experts before taking any investment decisions.