DAILY VOICE | Smallcaps likely to pick up pace in the run-up to Diwali: Umesh Mehta

If the FIIs dlows continue at the same rate going forward, indices might touch new highs very soon, but there is strong resistance at levels of 12,400 which could be the deciding factor for Nifty’s reach to life-time highs.

It is likely that smallcaps will pick up the pace and show a decent up move in the next week up to Diwali, Umesh Mehta, Head of Research, Samco Group said in an interview with Moneycontrol’s Kshitij Anand.

Q) The Nifty50 has been on a joy ride in the week as bulls managed to push the index above 12,000 levels. The index has already rallied more than 4 percent, so what led to the price action?

A) Indian markets mimicked the US indices which saw a steep rally mainly due to the political drama around the White House.

However, it is nothing but sheer liquidity and hopes of additional liquidity in the form of stimulus which has kept the bourses upbeat. 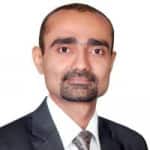 Irrespective of who wins the elections, the stimulus expectation is the main trigger that has kept the markets in a celebratory mood. In fact, in the first week of November FII inflows have crossed the Rs 8500 crore mark which has also added to the Nifty crossing 12,000 levels – a 9-month high.

Bank Nifty and Nifty metal were the greatest contributors to this week’s price action that led to an over 4 percent rise in the index.

Q) Do you think if the momentum continues we could well hit record highs by Diwali or on the Diwali day itself? What does the data suggest?

A) The momentum continues to be strong enough to push the Nifty to its 9-month highs. But, a few global indices pose a different picture. S&P500, DAX, and CAC40 have been making lower peaks despite good gains in the week gone by driven by the cautiousness around the US elections.

Despite this, if the foreign inflows continue at the same rate going forward, indices might touch new highs very soon.

However, there is strong resistance at levels of 12,400 which could be the deciding factor for Nifty’s reach to life-time highs.

Q) Which are the important levels that investors should track in the coming week or in the run-up to Diwali?

A) The Nifty has decisively broken out of its resistance zone of 12,000 on the upside and it may continue to levels of 12,400 which is the next immediate resistance zone.

On the downside, 12,020 is important support which also coincides with previous resistance and a gap. Traders should therefore keep a keen eye on these levels before Diwali.

Q) On the broader markets front, both Small & Midcap underperformed benchmark indices in the week gone by. Looks like investors are staying with largecap names in the run-up to US elections as well as Diwali? What are your views?

A) While Nifty has delivered a strong performance, broader markets have mostly stayed on the sidelines, especially the smallcaps. Hence, it is likely that smallcaps pick up the pace and show a decent up move in the next week up to Diwali.

Although the markets seem optimistic about the US elections, there are a number of uncertainties surrounding the vote counts and majority in the Senate which could slow down the pace of the rally.

Hence, these macros could be a party pooper to the momentum going ahead and markets could take a breather and consolidate in the said range going forward.

In India too, the announcement of a stimulus remains a far-fetched dream considering the Bihar polls have also concluded. With no major macro growth drivers, investors are playing it cautious and have allocated to safer large-cap stocks.

Q) Any investment ideas ahead of Diwali?

A) With Diwali setting in, the consumer companies seemingly stand to benefit. This includes the Auto and Capital Goods sectors which are expected to see an increase in sales driven by festive offers.