Moneycontrol analyses some indicators that have shown substantial improvement since the lockdown months, with some even exceeding 2019 levels.

The Indian economy took its worst knock in the April-June quarter, with real Gross Domestic Product (GDP) contracting 23.9 percent as the nationwide lockdown hurt businesses across the board. Construction activity fell more than 50 percent year-on-year, manufacturing 39 percent, services, including hotels and hospitality, were down 47 percent.

For the full year, many economists expect a double-digit contraction and a few don’t see the size of India’s real GDP coming back to 2019-20 levels till 2022-23.

But there are green shots of hope, with economic activity showing signs of picking up in the July-September quarter. In a signal that economy is slowly getting its mojo back, manufacturing activity has gathered steam and as a result so have goods and service tax collections.

Even consumers are coming out of hiding. Ahead of the festive season, people are purchasing four and two wheelers, with August sales exceeding that of year-ago period, the first time this year. The festive season is expected to boost sales of discretionary consumer goods further.

Since the lockdown has been lifted, people have been going back to work and the latest unemployment numbers by CMIE also show encouraging trends.

Some of these positive signs had rubbed off on the freight data too.

Economists across the board expect that notwithstanding the increasing Covid-19 cases nationwide and lockdowns by state governments, activity will continue rising. They however warn that the centre will have to come up with a stimulus package soon to provide the necessary healing to the economy and businesses crushed by the pandemic.

Moneycontrol analyses some of the economic and business indicators that have improved substantially or are exceeding 2019 levels: The index is one of the biggest reasons for the hope of an economic revival. The IHS Markit Manufacturing PMI rose to an over eight and a half-year-high of 56.8 in September from 52 in August due to increased orders and production. A reading above 50 means growth while a lower number denotes contraction.

In August, the manufacturing sector posted growth after four months of contraction as April was the first full month of the nationwide lockdown. The index for manufacturing rose to 51.6 during July-September 2020-21 against just 35.1 in April-June.

Whether it will translate into higher GDP for the second quarter is difficult to say since the methodologies used by the PMI and official statistics differ and manufacturing is not the biggest part of the economy.

“While uncertainty about the Covid-19 pandemic remains, producers can, at least for now, enjoy the recovery,” Pollyanna De Lima, economics associate director at IHS Markit, said. 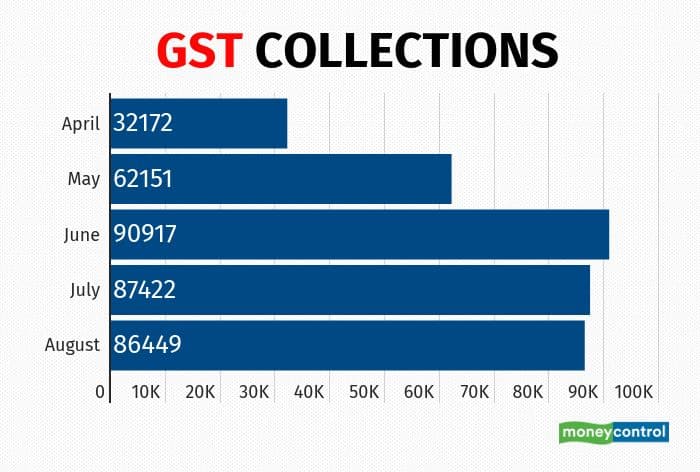 GST collections for September were the highest since April, pointing to a pick-up in economic activities ahead of the festival season and return of demand as lockdown restrictions are rolled back.

“The increase in collection is an encouraging sign for the economy. The government will be relieved that the collections are approximately 4 percent higher as compared to last year. It is expected that the revenue collection should continue to improve as we approach the festive season," Rajat Bose, Partner, Shardul Amarchand Mangaldas & Co, said. ​ 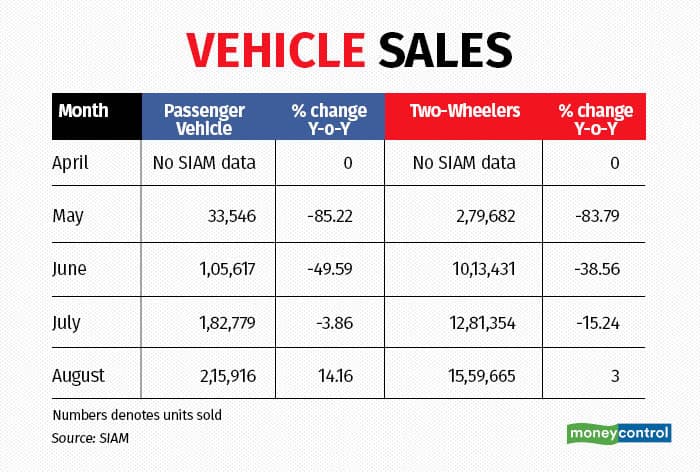 After a month of no sales in April and a negligible business in May, vehicle sales started picking up from June. According to the Society of Indian Automobile Manufacturers data, in June, passenger vehicle sales were nearly 50 percent down compared to June 2019 and two-wheeler were down nearly 39 percent.

The drop in two-wheeler sales was not as severe, indicating that the rural areas came out of the lockdown in a much better shape than urban India, where Covid-19 cases have mostly been concentrated.

Rural economy’s better health is also borne out by GDP data, as agriculture was the only sector that showed growth in the disastrous April-June quarter.

The trend reversed by August as the festival season neared. Four-wheeler sales showed a 14 percent increase year-on-year, while two-wheeler sales increased 3 percent compared to August 2019. Consolidated vehicle sales data for September will be available next week.

Some automakers did share their own data for September, which showed that the trend is expected to continue. “Need to see one more month (of vehicle sales data) to be sure it will sustain, but together with other data - PMI, GST, power consumption, etc - it looks like demand is reasserting itself,” Sanjeev Sanyal, Principal Economic Adviser, tweeted on October 2. This is one of the most important high-frequency indicators that the finance ministry tracks. In September, Indian Railways handled 102 million tonnes (MT) of freight, up 15 percent from September 2019. The revenue from freight operations in the month also increased by 14 percent to Rs 9,903 crore year-on-year

The rail ministry said on October 1 it had arrested the decline in freight traffic to 9 percent in the April-September period at 533 MT. The April-June quarter with 241 MT freight volume was a washout for the public-sector monopoly due to the lockdown, registering a 21 percent decline. 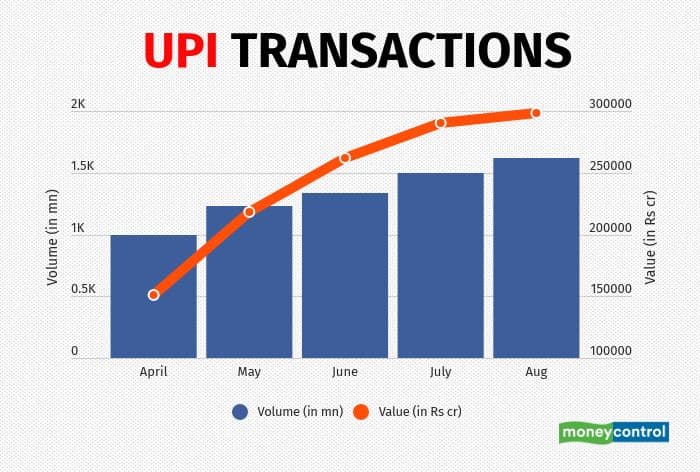 With almost 1.3 billion people forced to stay in to curb the spread of the coronavirus, digital transactions increased. Even though restrictions have been eased, people prefer digital payments for fear of Covid-19. 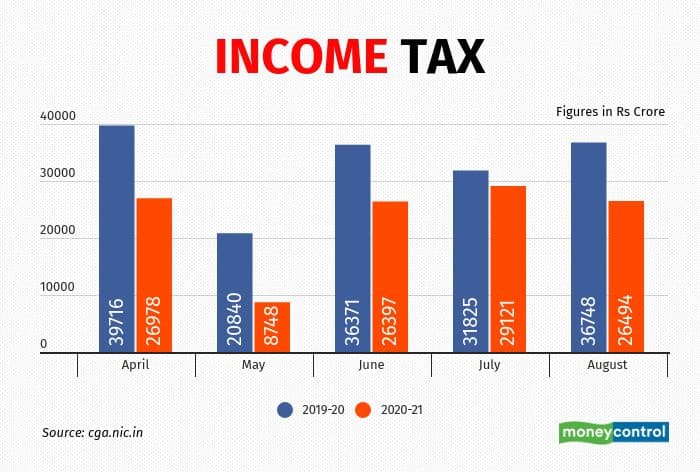 Data with the Controller General of Accounts shows that corporate tax has not stabilised so far in 2020-21. The highest monthly corporate tax collection was in June (Rs 37,231 crore), while May and July witnessing higher refunds than receipts. For August, corporate tax was Rs 10,991 crore.