Selected Articles from
Financial Times on Moneycontrol Pro
you are here: HomeNewsBusinessEconomy

On September 19, the traders of the APMC had announced a five-day bandh to protest against the inaction of the government regarding the rising cases of coronavirus. As farmers are unable to sell their produce owing to indefinite strike, most of them are forced to sell their yield for lower prices.

Since September 25, the employees of the Agricultural Produce Market Committee (APMC) yard in Neemuch district of Madhya Pradesh are on a strike to protest against the Model Market Act. Small farmers of the district have been badly affected because of the strike and COVID-19.

On September 19, the traders of the APMC had announced a five-day bandh to protest against the inaction of the government regarding the rising cases of coronavirus.

As farmers get ready for the next sowing season, they need money to cover the costs, and thus, are forced to sell their yield to local traders. They are also unable to get loans as moneylenders are charging high interests. Farmers say they have exhausted almost all of their savings.

The reduced rainfall in the monsoon has also affected the yield of the soybean crop. If the total expenditure is estimated, a farmer has to bear a loss of thousands of rupees per bigha (1 bigha=12,000 square feet). The soybean crop, which was sold at Rs 3,500 per quintal in the mandi, is being sold at Rs 2,500 to shopkeepers and traders in the village. The absence of proper storage facilities also affects the small farmers and selling in the town would mean that they’d have to incur huge transportation costs.

Though the governments, at the central- and the state-level, have announced many schemes during the coronavirus pandemic, the benefit of those scheme has failed to reach the beneficiaries in the district, farmer associations say.

Arjun Singh Borana, president, Bhartiya Kisan Union, Neemuch district, stated that the government had promised loans for cattle owners and small farmers, but the banks have still not issued anything. During the coronavirus pandemic, many small farmers have been unable to get the benefit of government schemes and only the middlemen have benefitted from it, he alleged.

Mangal Kushwaha, a farmer in Bhatkheri village, Neemuch district, stated that he had sowed soybean in three bighas of agricultural land, but he only had a yield of two quintals. Owing to the closure of mandis, he has been forced to sell his produce for Rs 2,500 per quintal, while the price in the APMC was around Rs 3,500, he added. 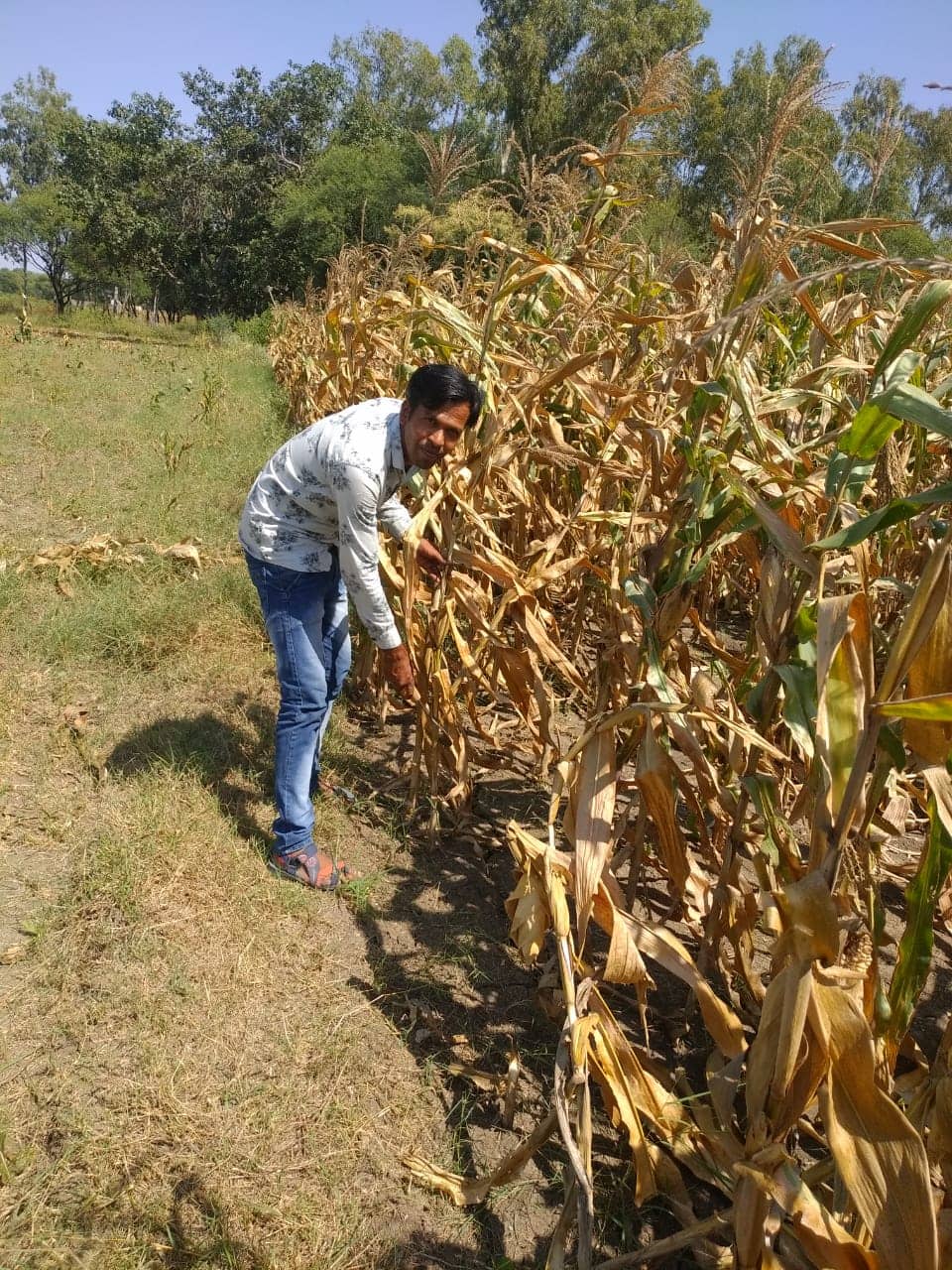 He stated that he needed money for the next crop cycle, and was forced to buy sprinklers for irrigation as there was less rainfall this year. For this, he had to get a loan at high interest rates. Another farmer from the district, Dhanraj Patidar, from Palsoda village, stated that apart from soybean, he had also sowed different crops but failed to get any profit as the mandis are closed. He said he was compelled to sell his produce to a trader at cheap prices.

(The author is a Madhya Pradesh-based freelance reporter and a member of 101Reporters, a pan-India network of grassroots reporters. This article is a part of a series on Covid's impact on India's marginal farmers. The series has been funded by Internews Europe.)