Why more Indians are turning vegan, and how they’re right

Like the rest of the world, Indians are waking to the physical, ethical and economic benefits of plant-based, meat-and-dairy-free food.

This February, I attended a tasting session for an upcoming brand of oats milk. My table partner at the plant-based café Greenr in Basant Lok market was Bharat Goel, a 29-year-old consultant with a research firm who wore a badge saying ‘Vegan’.

He talked about why we need to change our food habits if we are to save planet Earth. He shared that, at the age of 19, he had had various health issues, including obesity. But after seeing a documentary on the animal-foods industry, he decided to turn vegan.

In less than six months, he had shed 30 kg along with all his health complications. And he has stayed fit since then. “Veganism changed my life. I have never been healthier,” he says. I’m a lacto-vegetarian like many north Indians, I told him. Aren’t milk, yoghurt, butter and ghee consumption an intrinsic part of our culture? 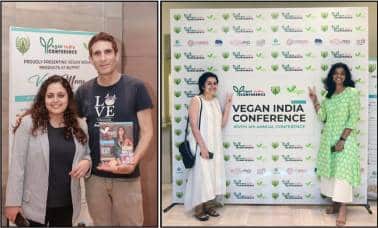 He replied without batting an eyelid: “Culture is made by humans. We can change it too. What was applicable to society thousands of years ago does not hold true anymore, so why are we holding on to those customs?”

His words gave me food for thought. I began reading up about veganism and exploring plant-based alternatives in my kitchen. I watched the 2014 documentary Cowspiracy, a ground-breaking investigation into animal agriculture, and the 2018 film, The Game Changers, in which the fastest and toughest athletes and soldiers in the world vouch for a plant-based diet as being the secret of their strength and agility, including former movie star and politician Arnold Schwarzenegger.

Directed by Oscar-winner Louie Psihoyos, the film follows the story of James Wilks, an elite Special Forces trainer, as he travels the world to understand the science behind meat and dairy consumption, the human body’s needs, and the optimum diet for health and strength. 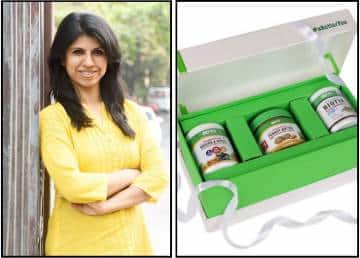 The film was hailed by Indian cricket icon Virat Kohli, who said, “Being a vegetarian athlete has made me realise what I have believed all these years regarding diet was a myth. What an amazing documentary... I’ve never felt better in my life after I turned vegetarian.”

This led me and my husband – a Kerala-born lover of fish, eggs and mutton – to try a plant-based diet for ourselves. He gave up on his beloved meats while I switched from cow milk to other alternatives such as soya and almond milk. We began enjoying plant-based health-food brands such as Urban Platter, True Elements and Monsoon Harvest, and checked out vegan recipes on sharan-india.org. We even learnt to make oats milk at home.

Though it’s only been a month, I can confirm that our food bill and weight has been going down, while our energy levels and agility have gone up.

To know more about the vegan revolution in India, I reached out to Palak Mehta, founder, Vegan First, a three-year-old publication, and the organiser of the Vegan India Conference (VIC). Designed in collaboration with the World Vegan Organisation, VIC aims to provide a support system to vegan innovators, plantpreneurs, food technologists, investors, nutritionists, chefs, exporters and retailers.

The first edition of VIC in 2019 saw more than 450 delegates from over 18 countries coming together in New Delhi.

The 33-year-old Pune-based artist-entrepreneur turned vegan six years ago when she was a schoolteacher. In her search for milk alternatives, Palak began collecting information from across India and blogging about it.

“The idea was to develop a neutral brand language,” she says of her publication and website. She also began hosting dine-outs at the growing number of plant-based cafes and restaurants across India. They also certify vegan eateries.

“Global experiences show that when people don’t find a community of vegans to bond with, they go back to their meat-and-dairy consumption sooner or later,” says Palak. “So I wanted to create that community in India.”

Their efforts have paid off. Not only have hundreds of individuals – from fashion designers like Anita Dongre to movie stars like Shraddha Kapoor – switched to veganism, even food businesses once skeptical of venturing into the vegan space have developed the confidence to take the leap, says Palak, who had brands like Hershey’s, Raw Pressery, Brittania and Marico on board as sponsors and participants at VIC.

Globally, too, pressure has been mounting on governments to endorse plant-based diets, especially since meat consumption has increased fivefold in the past 60 years despite world population growing only double since then.

It’s a wasteful industry: twice the world’s population could have been fed with 2019’s global harvest if humans consumed the yield themselves instead of feeding farmed animals.

American physician Dr Brooke Goldner, who suffered from lupus for 12 years until she turned vegan, made a speech at the USDA 2020 Dietary Guidelines Advisory Committee Fourth Meeting this year.

“I beseech you to take this seriously,” she said to the room full of doctors and policymakers. “What’s recommended to the public about what they eat should not be based on what’s good for the industry. It should be based on what’s good for human health. The literature is clear: when you eliminate meat, dairy and eggs, people’s health gets better. Please encourage plant-based diets.” 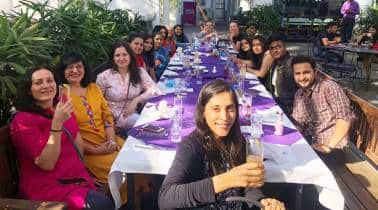 The US and Australia are the world’s largest consumers of meat, with over 120 kg consumed per person every year. India is second only to Bangladesh with the lowest per capita meat consumption, at 4 kg annually, a number that has not risen since 1960 despite increasing prosperity, perhaps due to cultural reasons.

That brings in the morality factor. In her book For a Moment of Taste (HarperCollins) that exposes the violence behind India’s meat and dairy industry, PETA activist Poorva Joshipura reveals how millions of hapless living beings are locked up in cruel conditions and tortured to increase their food yield – all because of a few ‘moments of taste’ for human tongues.

“These animals’ lives are unimaginably painful, miserable and lonely,” she writes. She notes that though most Indians regard cows as ‘mother’, they think nothing of the trauma that cows are put through to make them lactate up to 10 times the usual amount, and of the fact that non-lactating and male cows feed India’s thriving beef-export industry, the largest in the world after Brazil.

But if meat and dairy drive certain parts of the economy, the growing vegan culture around the world is also a business opportunity. Aarti Gill, co-founder and CEO of OZiva, a retailer of plant-based nutrition products, set up her company in 2016 after seeing a gap in the market.

With a B.Tech from IIT Roorkee and MBA from INSEAD, France, she had worked in top companies around the globe before she returned to India to promote healthier lifestyles among upwardly mobile Indians. Her Mumbai-based nutrition brand has seen sevenfold growth in the past one year and has buyers in over 2000 towns and cities in India. “This is a profitable business,” she avers.

Alex Malcolm, founder of London and Cape Town-based travel company Jacada, also sees an opportunity for India: “With responsible travel decisions becoming prominent, we predict a rise in the number of people traveling on vegan-only trips, requesting vegan cooking classes or retreats. Countries like India, with 38 percent of the population being vegetarian, will benefit from a surge in travellers looking for vegan food that still packs the punch with unique aromas and flavours.”

This brings me back to Greenr, where my journey with veganism began, and with its young Kolkata-born chef Shreya Agarwal. While doing her MBA in Madrid, Shreya gained 15 kg and hit rock bottom, mentally and physically.

That’s when she switched to a whole-food, plant-based diet, and overhauled her lifestyle, including doing her Master’s in food production and becoming a chef herself.

“I want to demolish the idea that vegetarian food is boring,” says the 27-year-old, who was selected to work in New York’s famed ABC Kitchen before the COVID-19 pandemic disrupted travel plans.

“Most people turn vegan for compassionate reasons – for sparing the lives of innocent animals,” says Shreya. “Many others do it for their health. Some also do it for environmental reasons as veganism is eco-friendly. And now with more brands offering plant-based products, there are so many options available to cook up a variety of flavourful recipes.” That’s enough reasons, don’t you think?