King Rao escapes caste-based oppression in his hometown of Kothapalli and goes away, only to create a social system that reinforces existing social hierarchies. Bookstrapping rating: 3.5 stars.

The main protagonist of the story is King, a boy born to a family of coconut farmers in the 1950s. King Rao eventually becomes the leader of a corporate-led government whose citizens are called shareholders. (Represntational image: William Krause at Louvre Museum, Paris, France, via Unsplash)

From Dalit boy to tech CEO is a long journey.

Here’s a work of fiction that is as close to non-fiction as it can possibly get.

A boy is born to a family of coconut farmers in the 1950s, and is named ‘King’. That's his first name, even though he’s not royalty. His doughty mother, who provides a colourful opening to the book, dies during his birth, 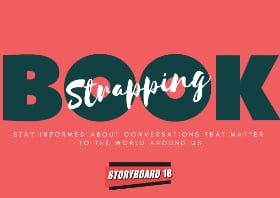 in the tiny village of Kothapalli.

Many years later, King Rao teams with the ambitious artist Margaret Norman to invent the coconut computer—and eventually builds the Coconut Corporation (named after a fruit?). Eventually, he becomes the leader of a corporate-led government whose citizens are called shareholders. Products of the company are called ‘Cocophone, Cocoglass, etc. (common prefix?), and King Rao declares that he didn't start Coconut to get rich but to bring humanity closer together. Okay, now the similarities are getting uncanny!

King Rao ultimately ends up living on a remote island off the coast of Washington state, an exile from the world which he has helped build. Yes, he wants to go away again! The plot in five points would be as follows:

1. The book says that the idea that computers—supposedly cold, calculating and heartless devices—could bring people together is an ‘incredibly subversive notion.’ Think, think!

2. King Rao openly admits that at various points in his life, women who were not his wife, hit on him, and that he never followed through. And then a woman massages his ego by saying that he is God! He gives in, but it’s a trap that leads to blackmail and the end of his marriage.

3. The Coconut Corporation’s whole business was to extract and profit from its user’s personal information, while claiming that its goal was to bring people together in harmony. Does this sound familiar?

4. And then there’s the new product—Harmonica—that will let you communicate over the internet by just ‘thinking’. King Rao designs the product as a response to the global warming crisis—they call the planet ‘Hothouse Earth’. This program could ostensibly help people preserve their memories and keep records, even if everything else were destroyed! 5. Eventually, Harmonica gets into trouble at the testing phase. King Rao, dies under mysterious circumstances, leaving his daughter, Athena, to preserve his legacy. Ironically, it is the Harmonica implanted in Athena’s brain that gives her access to all of King Rao's memories. The problem is the solution. Her first challenge is to prove herself innocent of the accusations of having her own father murdered. Eventually, Athena tells the truth to the world’s shareholders, in sensory detail, about King’s childhood on a South Indian coconut plantation; his migration to the US to study engineering in a world transformed by globalisation; his marriage and ultimately, his final invention under self-exile—his only real legacy: Athena herself.

The antithesis of the story lies in the fact that King Rao escapes caste-based oppression in his hometown of Kothapalli and goes away, only to create a system that reinforces existing social hierarchies. Same to same.