The frightening possibility of contracting COVID-19 did not deter Daisy Chacko from standing up for duty. For someone who grew up with the ambition of becoming a fighter pilot but had to join national carrier Air India because the Indian Air Force had not yet opened its doors to women fighter pilots when she passed out of flying school, Daisy always loved a bit of adventure. Which was why the 36-year-old volunteered for the Vande Bharat Mission, a massive evacuation programme to bring back Indians stranded abroad due to the pandemic-induced lockdown. Captain Daisy Chako with her co-pilot.

On May 20, she flew the long Mumbai-Riyadh–Kannur Vande Bharat flight as its captain, leaving her overwhelmed with the sense of solidarity that the country displayed in an unprecedented situation. “People said they were proud of us. They blessed us and were genuinely happy that a young woman flew them back home,” avers commander Daisy who also flew the Abu Dhabi-Ahmedabad-Mumbai flight as part of the mission.

India launched the Vande Bharat Mission on May 7 to be executed in three phases by Air India. The second phase started on May 16 and will end on June 13. During this period, the country will fly back 32,000 Indians from 47 countries in over 160 flights. In phase three, private airlines will be roped in.

The likes of Daisy are part of this legacy. In fact, it was Air India that broke the glass ceiling way back in 1966 employing its first woman pilot. “More than five decades later when I joined, this is one profession where there is equal pay and respect for professionalism,” says senior commander Aakanksha Verma, also 36. Interestingly, though India has only 1092 licenced female pilots compared with 8797 male, this 11 per cent ratio is much more than the global average of 5 per cent.

Aakanksha got her student pilot licence at age 16, even before her driving licence. Her father was her inspiration for her “focused approach” towards building her career, she recalls. “Dad in uniform was captivating for me. In class 2 we had to write a paragraph on what we want to become, and I wrote ‘Main ek mahila vimaan chalika banna chahti hoon (I want to be a woman pilot)’,” says Aakanksha. 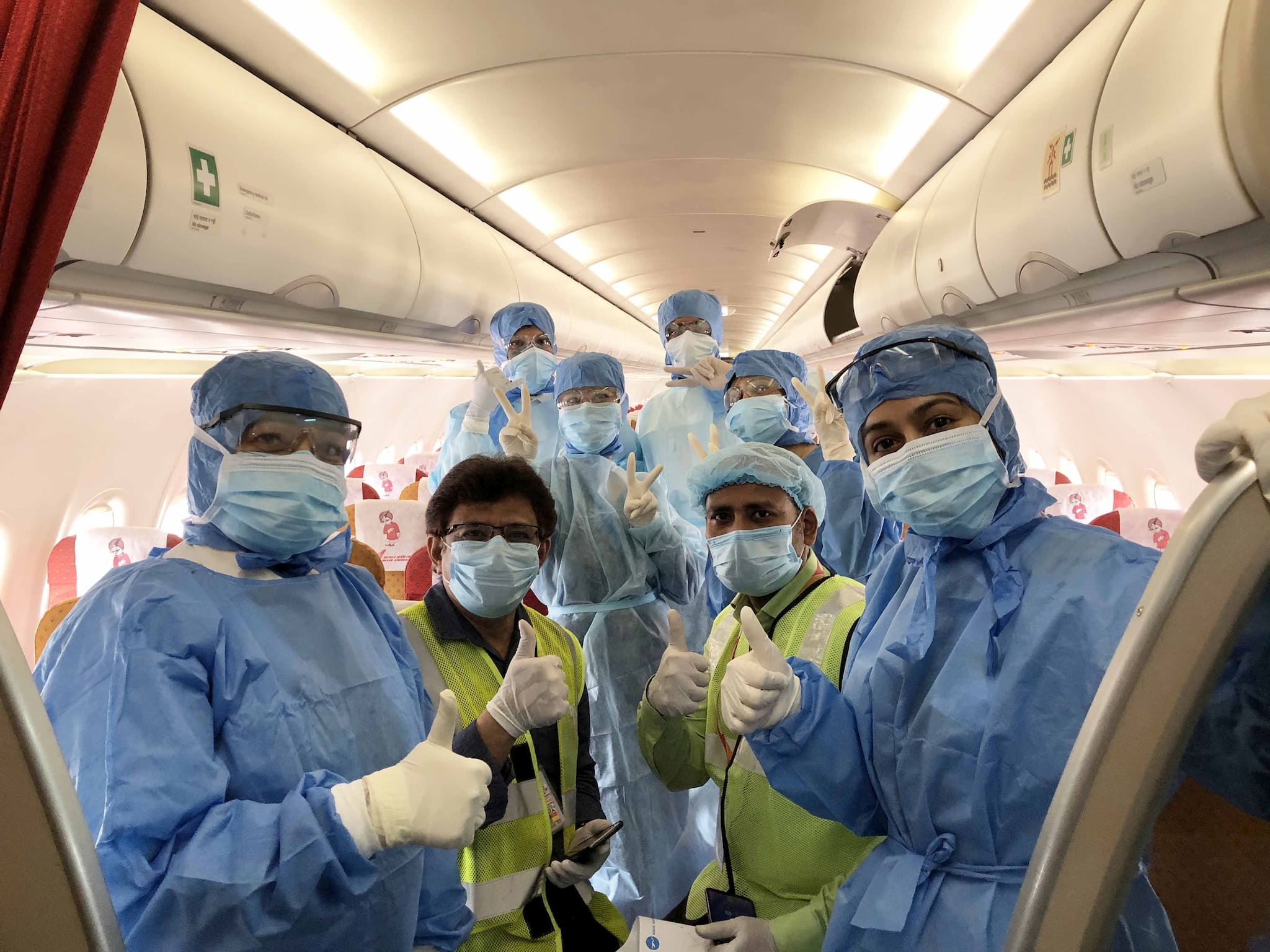 Both pilots were in home quarantine when we spoke to them, which is mandatory after Vande Bharat flights.

Mumbai-based Daisy who is married to a pilot says she did not think twice when this opportunity struck for her to volunteer for the mission. “I have no children, no old parents living with me, and because I was involved in a lot of relief work in Mumbai during these lockdown months, I had no fear,” this ‘COVID warrior’ explains.

When she decided to volunteer for this risky mission, Aakanksha’s 86-year-old grandmother – who lives with her and her family in Delhi – was worried. It was her mother who finally prevailed and encouraged her to be part of the mission. Aakanksha flew to Bangladesh and back on May 9.

Although there is often very little interaction between pilots and passengers, Aakanksha found the feedback from the ground staff in Dhaka heartening. They told her about how relieved the passengers were on seeing the national carrier land, she says. “All their (passengers’) anxieties disappeared and they knew they were safe and finally going home. Onboard I could feel there was gratitude and a sense of relief on their faces,” she notes.

Meticulous procedures are followed on evacuation flights, and the process can be time-consuming so as to ensure safety. Both the women pilots eShe spoke to feel that the frequent training they are given to upgrade their skills came in handy during this mission. Daisy Chako gets ready for the Riyadh flight.

Daisy is enamoured of the role that doctors and nurses play in such evacuation operations. “Hats off to health workers. It is a Herculean task to be in PPE and work for hours,” she states. Aakanksha agrees, “I have a lot of gratitude for doctors and nurses who wear these suits day in and day out. It’s difficult to breathe in those suits.”

Vande Bharat Mission, once complete, would have brought back 259,001 Indians from 98 countries. Most of those who have registered to fly back are workers (28 per cent), students (25 per cent), professionals (14.5 per cent) and short-term visa holders such as tourists (7.6 per cent). Priority is given to those with compelling reasons, like job loss, medical emergency and senior citizens to fly back home.

When asked about the financial viability of the local airline business, Daisy and Aakanksha hope the industry will ride out the bad times gradually. These pilots feel that it is time to accept the ‘new normal’ and open the skies in a phased manner. “The industry was already in a bad shape and so it is time to move forward. New rules will be set, lesser people will travel, but we have to restart,” says Daisy.

For her part, Aakanksha says, “With only one-third of the fleet back in operation, it’s also going to be a wait-and-watch situation. The government of India, along with the Ministry of Civil Aviation, has thoughtfully laid down a strict new travel protocol to help passengers and crew remain safe during this pandemic.”

She adds, “It’s never too late to get back on your feet.”